Will Smith to Give Birthday Concert at St. Stephen’s Basilica 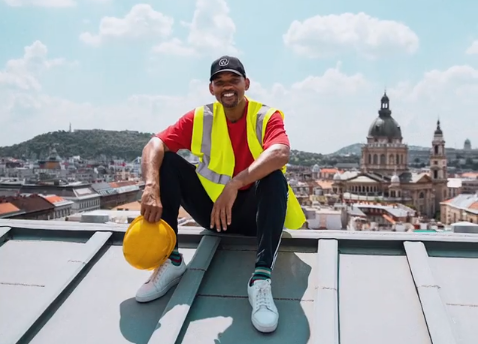 In a video posted on his official Facebook page, Will Smith announced that he will be giving a concert at ‘Basilica Square’ (Szent István square in front of the St. Stephen’s Basilica) in Budapest on September 25th, to celebrate his 51st birthday.

The actor is not expected to perform alone, as he also tagged DJ Jazzy Jeff in the video he uploaded to his social media site. The caption of the video read:

We’ll be performing live on September 25th in Basilica Square where you’ll also get a peek of my new film Gemini Man Movie — see you there!

Will Smith is expected to arrive in Budapest at the end of the month to promote his new movie, Gemini Man at the film’s premiere, as it was partly shot in the capital last year. In the film, Smith plays a professional assassin who is being chased by a clone, created 25 years ago.

The movie star shared the video on Wednesday to Facebook and it looks like he had taken it in Budapest. However, as he is currently posting on Instagram from Tanzania, he just probably marked the location and he is not in the country yet.

A couple of days ago, he had already posted a video on Instagram, in which from a relatively high point on the Buda side, he philosophizes of the greatness of our bridges, and wonders about how bridges are built with his son, Jaden Smith.

Last year, during the filming of Gemini man, Will Smith arrived with his family to the Hungarian capital and got really friendly with fans. In addition, during the month he spent in Budapest, he uploaded several videos to his social media sites, for example a slow-motion video, filmed at the Chain Bridge on Father’s Day.

Probably his most famous act in the Hungarian captial was his video of climbing the Chain Bridge, one of the city’s most well-known landmark, also visible from his hotel room, in order to join and probably win the “In My Feelings Challenge” set by Grammy-winning rapper Drake.

featured image: Will Smith on the roof of the Hungarian State Opera House in Budapest; via Will Smith/ Instagram