Will Orbán’s Governmental Policy Evolve in the Coming Years? Only Time Will Tell

In a kind of ritual, Hungarian Prime Minister Viktor Orbán has given an annual speech every summer at a small place in Transylvania called Tusnádfürdő. In these speeches, he usually outlines his opinions about the current political situations both worldwide and at home and then gives a list of the tasks ahead. This year, the program was of special importance since FIDESZ achieved a two-thirds victory for the third time in a row at the general elections held in April. It is becoming more and more evident that the present government won’t be replaced in the near future as it’s deeply embedded in society and the opposition is weak.

Orbán considers the period between 2010 and 2030 as a special era in Hungarian history, which suggests he wants to continue the System of National Cooperation (the framework and summary of government policy announced by him) for another twelve years at least. The question is whether Fidesz will continue to utilize the policy it has depended on thus far, or if we can expect some new surprises.

It is highly likely that the government will stick to the economic model associated with György Matolcsy – now head of the National Bank – which is a mixture of neoliberal and Keynesian elements. The Hungarian National Bank will probably keep the basic rate of interest low in order to stimulate business activity. Hungary’s chances of joining EURO are unlikely until the Hungarian economy becomes stronger.  If things go well, the cabinet will continue supporting families, the creation of new households (mostly) by young people and Hungarian enterprises are predicted to get more financial support as well. An unpredictable, yet important element is whether people living in poverty – roughly one-fourth of the Hungarian population – will see an improvement in their situation in forthcoming years. Their success is a key factor, and, in some ways, a  precondition for the Hungarian model to achieve success. Of course, tendencies in the global economy (a possible recession, spreading trade wars etc.) will have an impact on Hungary as well.

In foreign affairs, the shuttlecock policy, which has been relatively successful so far despite carrying some risk, may gain further ground while improving relations with Central-European countries, China, Turkey and Russia. German big businesses enjoy Hungarian investment conditions, which is well demonstrated by BMW making a factory in Debrecen. In order to operate the Hungarian economy in a healthier way, strengthening the Hungarian enterprise is inevitable. Without that economic background, considerably widening the maneuvering capacity of Hungarian diplomacy seems impossible.

In home affairs, the big question is whether a new opposition party can gain popularity, as the present opposition parties are currently unable to increase their popular support. If efforts to build a rival party fail, Orbán’s cabinet will be able to accomplish its political, economic and social program without major obstacles inland.

At Tusnádfürdő, Orbán announced a cultural offensive by the government with aims at  balancing the cultural scene. If it takes shape, it would mean putting more right-wing leaders in science and cultural positions. The idea has caused a lot of controversy in these circles thus far. The government has to consider whether if after so many victorious battles and wars in politics, this case is even worth the trouble. Orbán is a fighter and a risk taker; besides being systematic and purposeful, he has often proved to be unpredictable, often surprising analysts.

All that has been said largely depends on international politics, so the government better prepare a plan B. 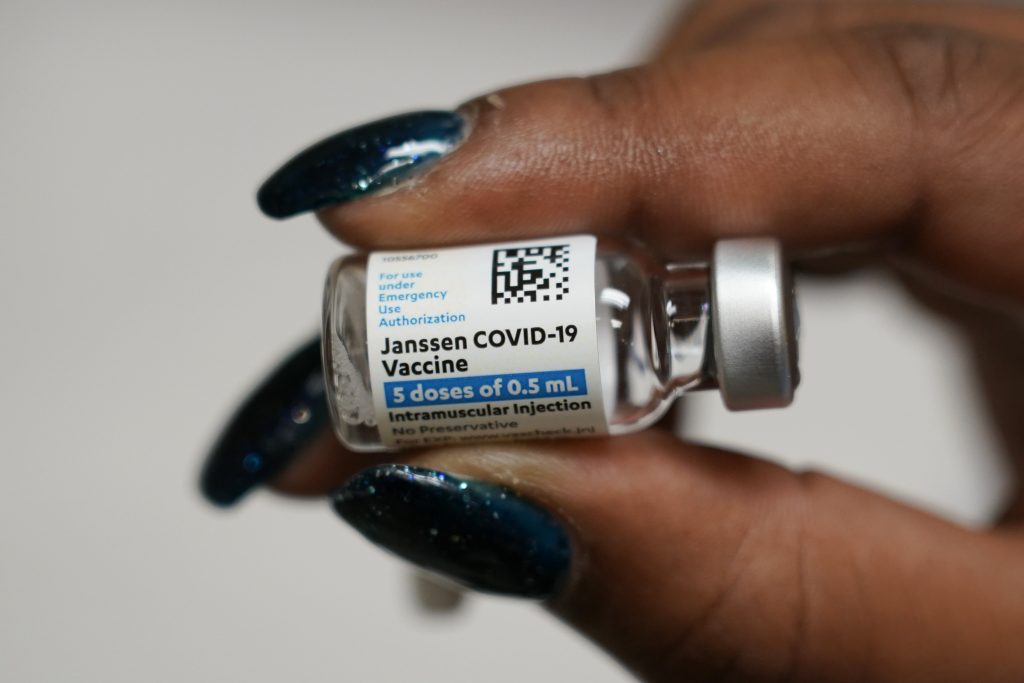 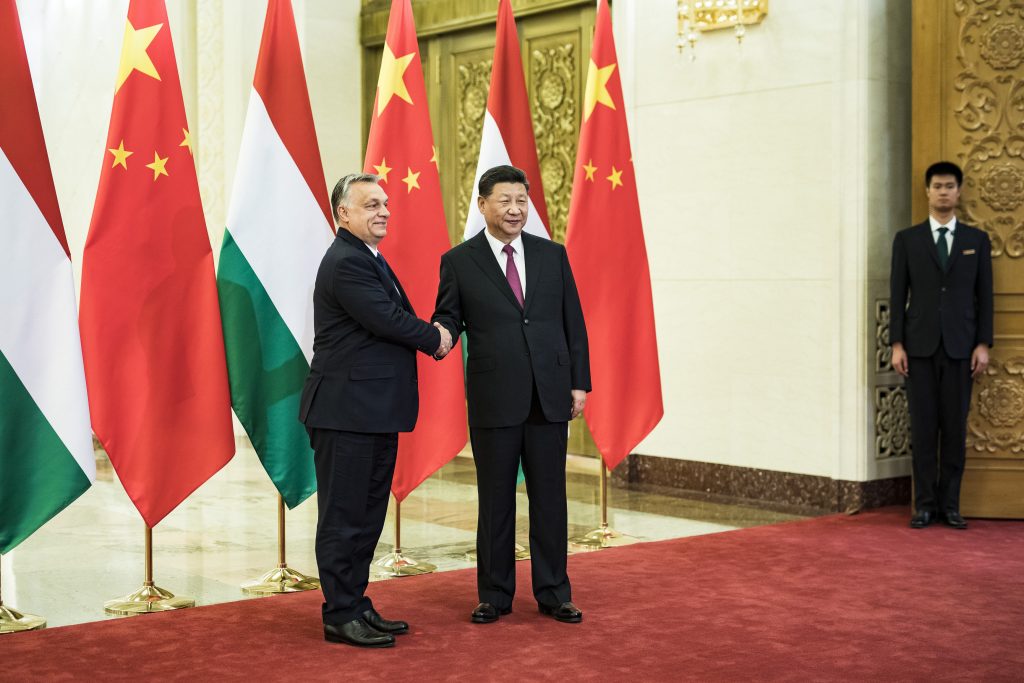 The last few weeks have seen a rapid flurry of activity on the international stage between the West and China. China began the secret trial of the two Canadian citizens being held in response to Huawei executive Meng Wanzhou’s arrest on a United States extradition order. Canada and various Western countries responded by sending their […]
Zalán Trajbár 2021.04.08. 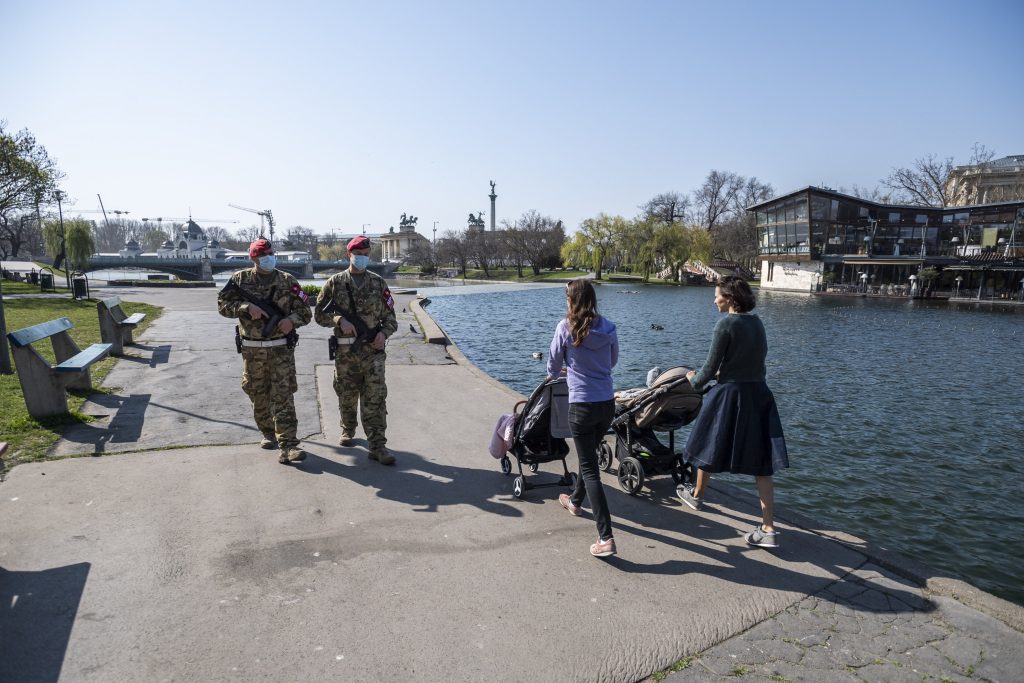 Is Hungary Ready to Start Reopening?

Prime Minister Viktor Orbán announced on Tuesday that Hungary has reached its goal for the first stage of the gradual reopening, which began on Wednesday. Comparing the coronavirus-related statistics at the time the government decided to introduce strict lockdown measures to curb the pandemic in March with the ones on the first day of the […]
Hungary Today 2021.04.07. 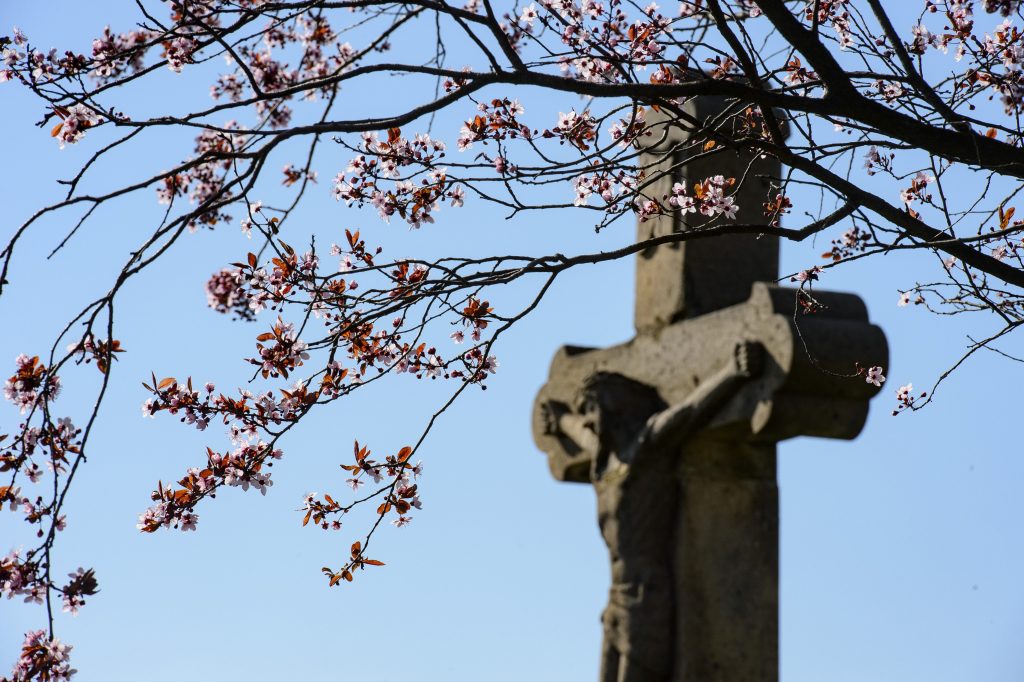 Easter Sunday in 2021 Not Without Hope

As a child, I was fascinated by Christmas but never really liked the feast of Easter. I did not fully understand it either. I was raised in a Catholic family, so I knew that Easter “ranked higher” in terms of significance. Still, Christmas was more heartwarming to me, while Easter related to an epic drama […]
Miklós Verseghi-Nagy 2021.04.04. 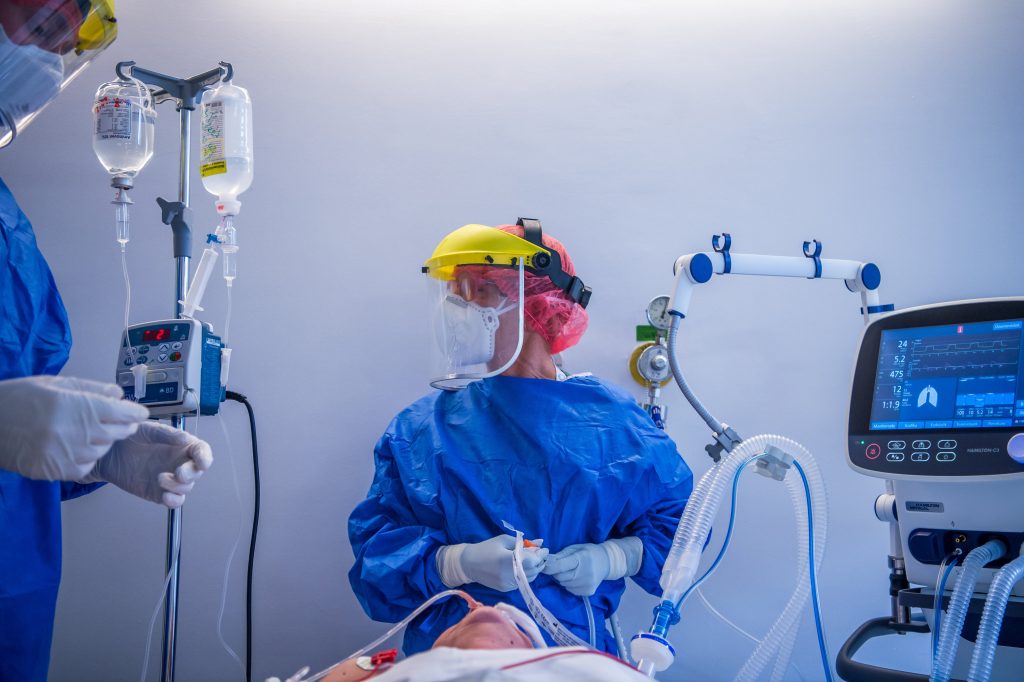 Hungary has been through its toughest month so far since the coronavirus pandemic appeared in the country. Despite some restrictions introduced early last month, it broke all existing negative records and became the one with the worst fatality rate on the globe. After the fast-spreading variant of the coronavirus first identified in the United Kingdom […]
Hungary Today 2021.04.01. 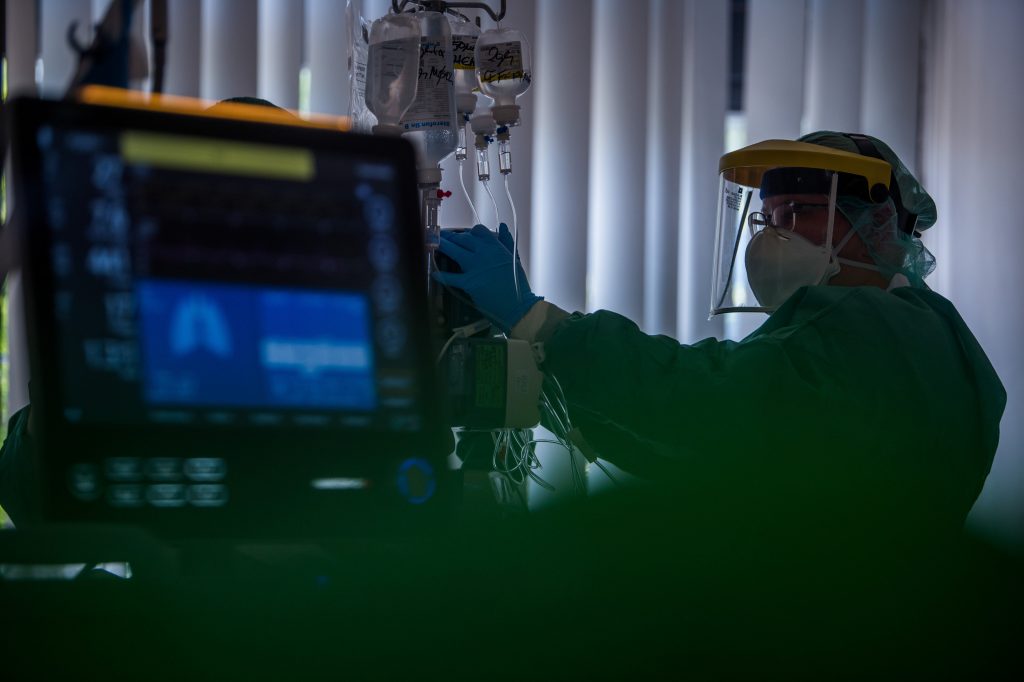 When Will the Coronavirus Peak in Hungary?

Hungary’s coronavirus related daily death rate is on a frighteningly consistent upward curve. Hungary’s total deaths have surpassed 20 thousand people, and the question of when the rapidly increasing curve of the pandemic will peak is on everyone’s lips. Hungary’s health professionals and government officials offer various responses. There is no clear answer as to […]
Tamás Vaski 2021.03.30. 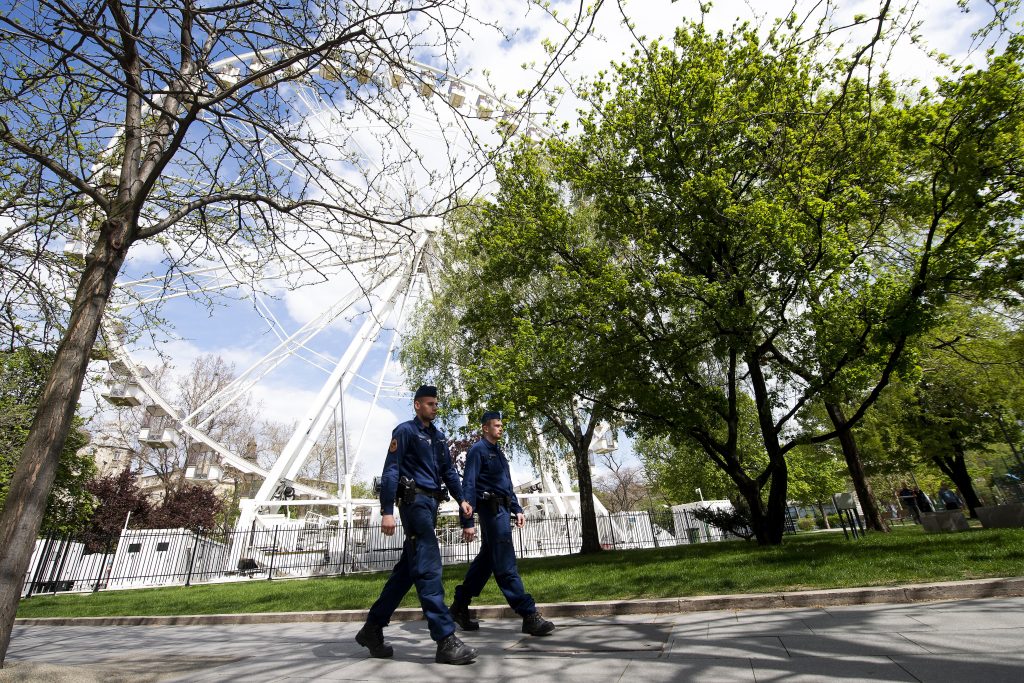 In the past days, the government has stated several times that the gradual easing of restrictions in Hungary could only begin once at least 2.5 million people received their first jab, which, according to Prime Minister Viktor Orbán’s promise, could be reached by Easter. Based on official data on the inoculation rate, we take a […]
Hungary Today 2021.03.26. 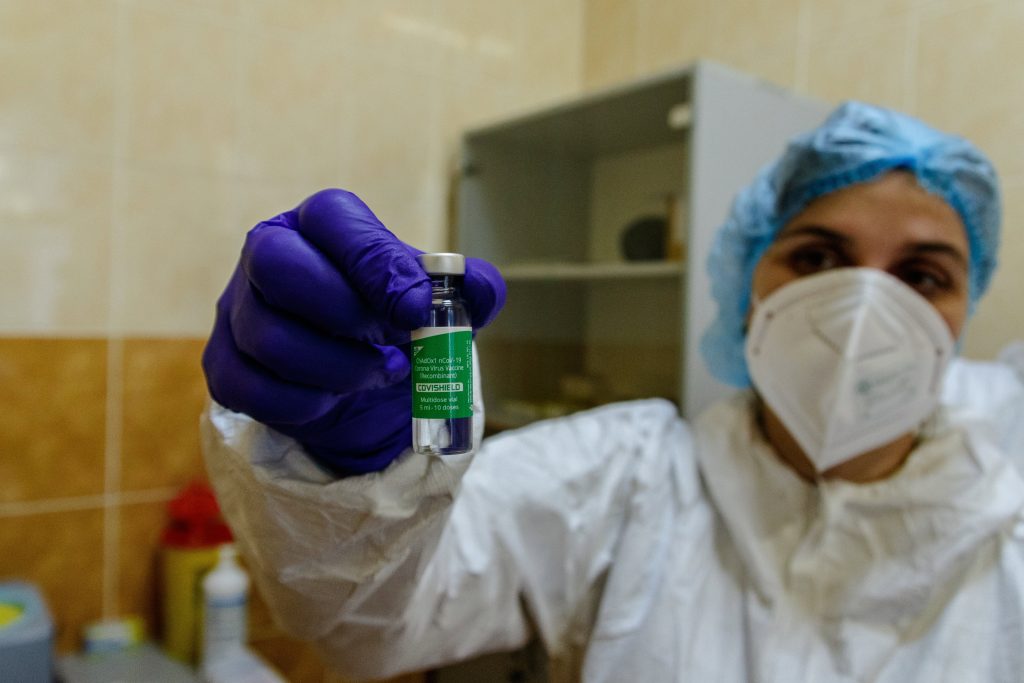 Hungary’s National Institute of Pharmacy and Nutrition (OGYÉI) announced on Monday that it has given a temporary license to Covishield, the AstraZeneca vaccine developed by Oxford University and produced in India. Manufactured with technology AstraZeneca gave to the Serum Institute of India (SII), this vaccine has already been provided with a temporary license in Hungary. […]
Tamás Vaski 2021.03.23. 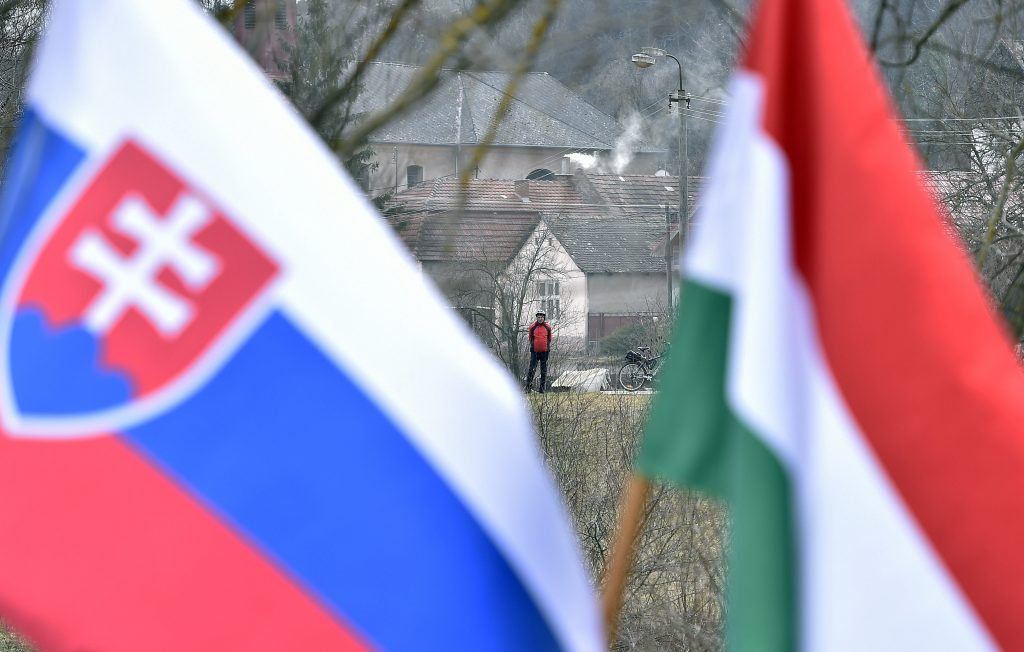 Slovakia has been going through a series of political crises lately: the country was the first hit by the devastating third wave of Covid-19, the health minister just resigned to keep the governing coalition in power, and to top all of this off, Slovakia has once again poked the hornets’ nest of dual citizenship. Oh, […]
Zalán Trajbár 2021.03.21. 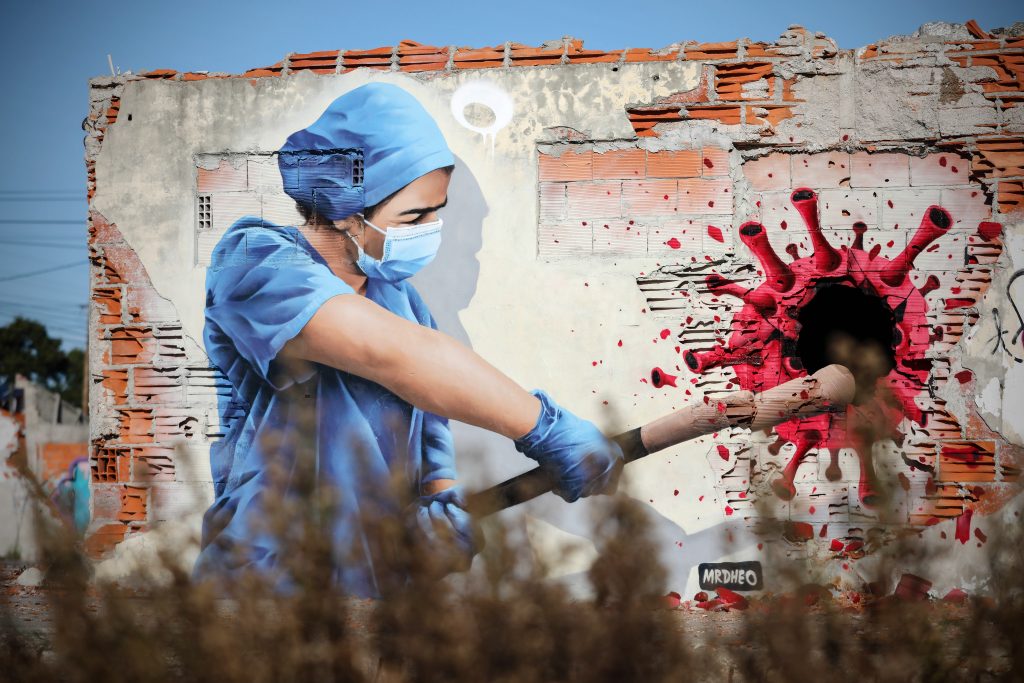 More than one year has passed since the first case of Covid-19 was detected in Hungary. At that time, no one had any idea that this virus would completely upend our lives and our society for an entire year. Yet here we are, and we are a bit bruised and bloodied, to put it mildly. […]
Zalán Trajbár 2021.03.10. 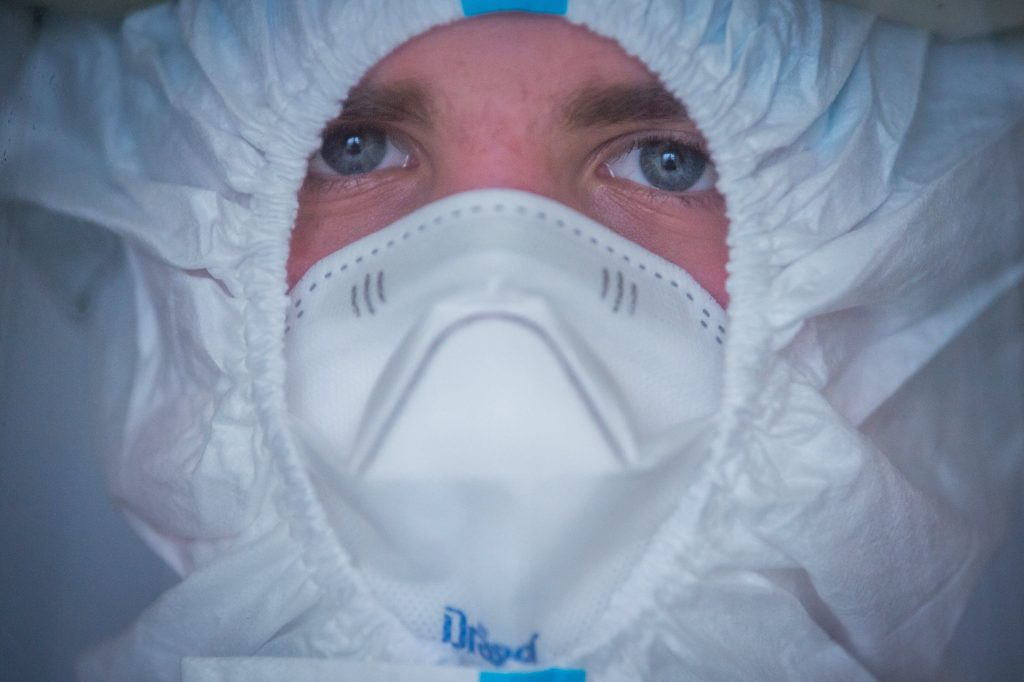 Exactly one year ago, on March 4, 2020, the first positive coronavirus case was registered in Hungary. In this brief summary we take a look at how this dangerous pandemic started spreading in the country by identifying the key milestones throughout the year. As mass vaccination is yet to have significant effects on curbing the […]
Márton Jász 2021.03.04. 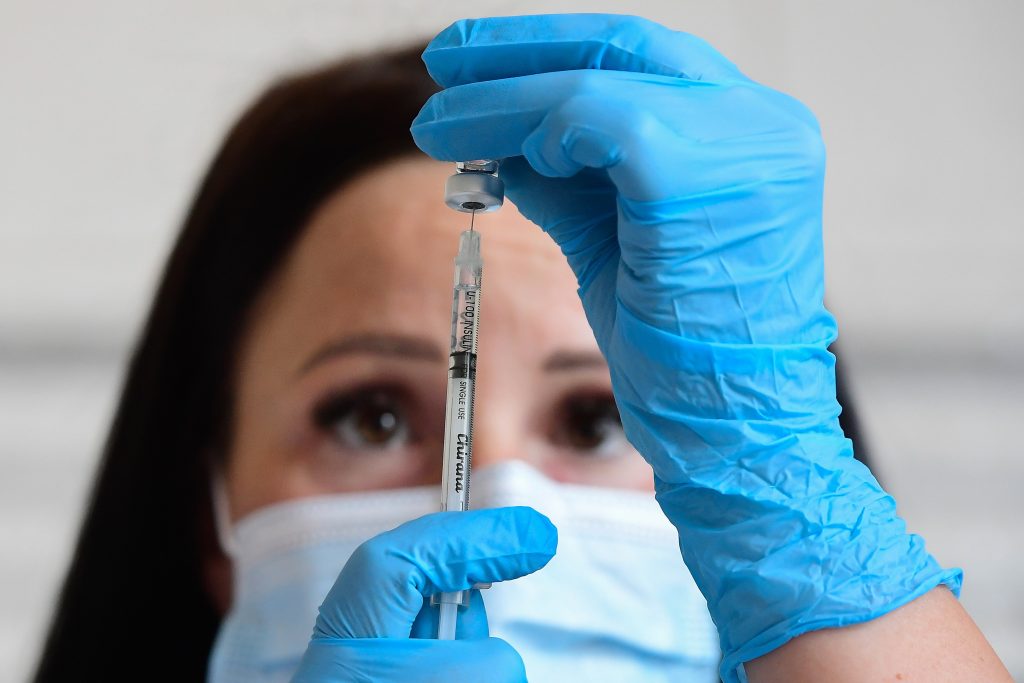 Unfortunately, coronavirus statistics in Hungary again showed a deteriorating trend throughout February- no wonder both PM Viktor Orbán and Chief Medical Officer Cecília Müller stated at the end of the month that the third wave of the epidemic had started in the country. Although the vaccination rate improved impressively in February, it is still feared […]
Márton Jász 2021.03.03. 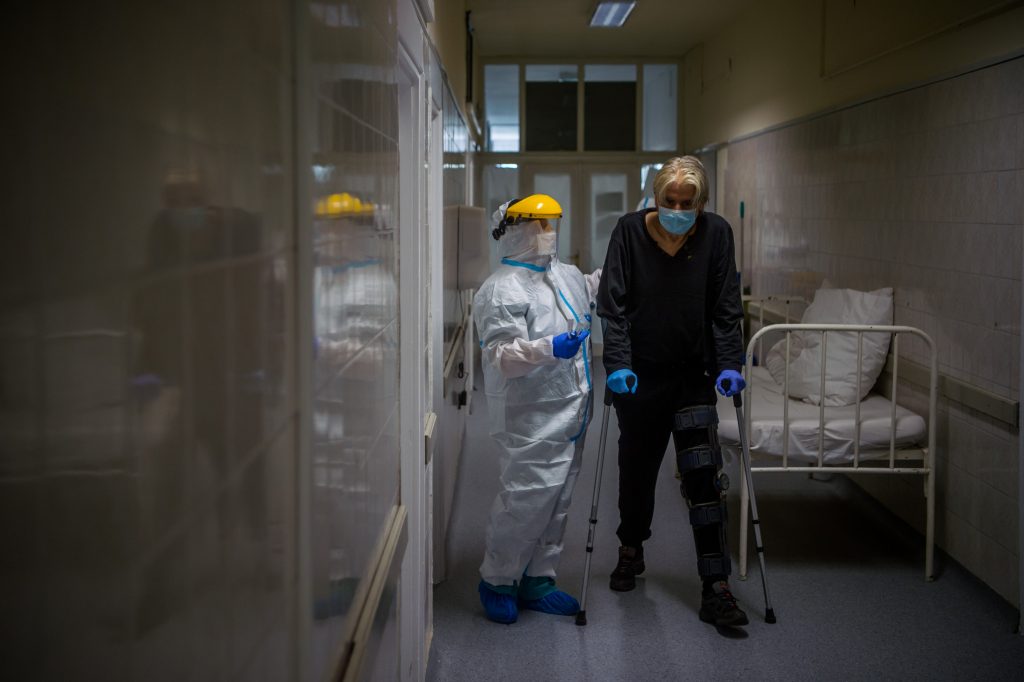 Every coronavirus statistic in Hungary showed a significant improvement in January, indicating that the epidemic is plateauing in the country. As Europe is faced with the danger of a third covid wave, however, the Orbán government is reluctant to ease the strict lockdown rules until the country’s most vulnerable groups are vaccinated. But the process […]
Péter Cseresnyés 2021.02.02. 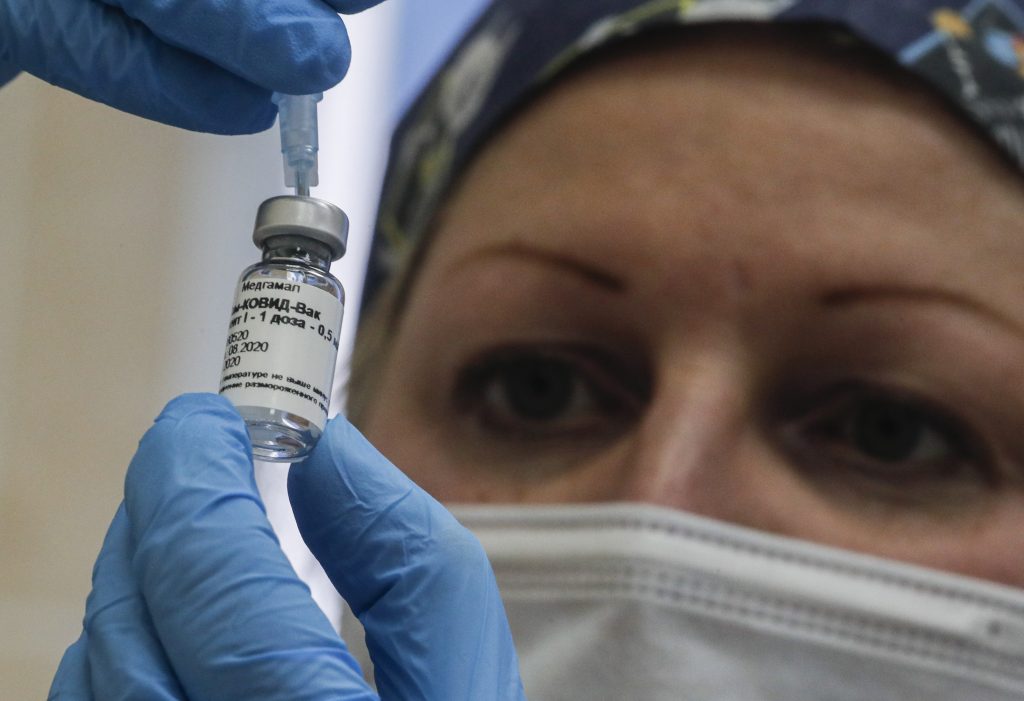 Another Sputnik is set for take off, not into the solar system, but into the arms of people who have grown tired of a worldwide pandemic. Russia’s Sputnik V vaccine has been authorized by Hungary’s National Institute of Pharmacy and Nutrition (OGYÉI). The only remaining step is for the vaccine to be tested in the […]
Tamás Vaski 2021.01.27. 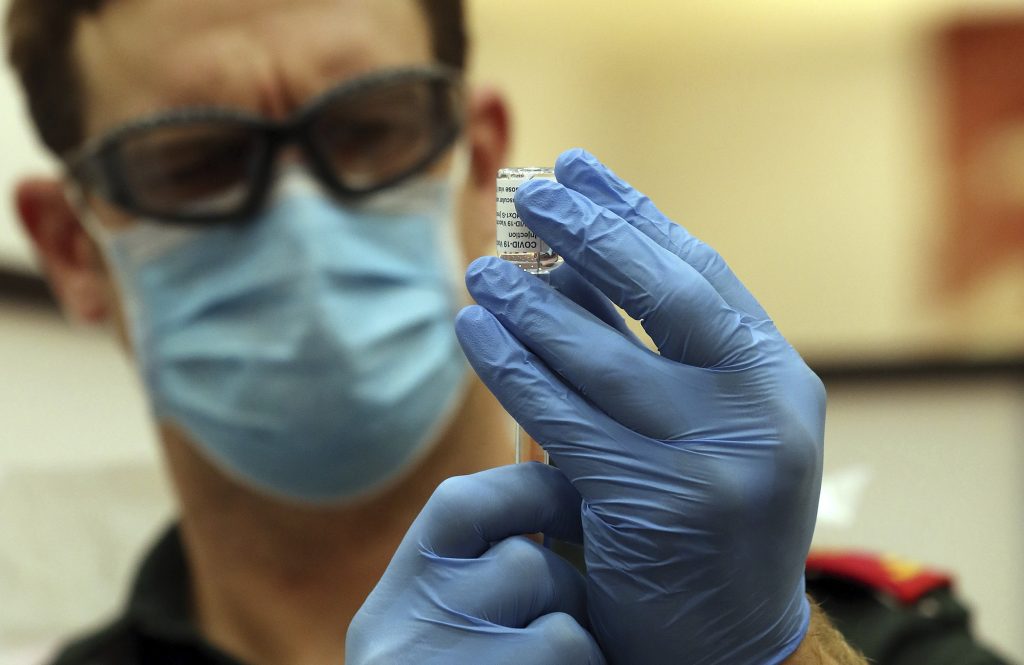 Hungary’s National Institute of Pharmacy and Nutrition (OGYÉI) has authorized the use of the Oxford-AstraZeneca Vaccine, making Hungary the first European Union member state to allow its use. Here is what you need to know. Oxford university and AstraZeneca’s vaccine is already being used in the United Kingdom, and the EU’s licensing authorities have stated […]
Tamás Vaski 2021.01.23. 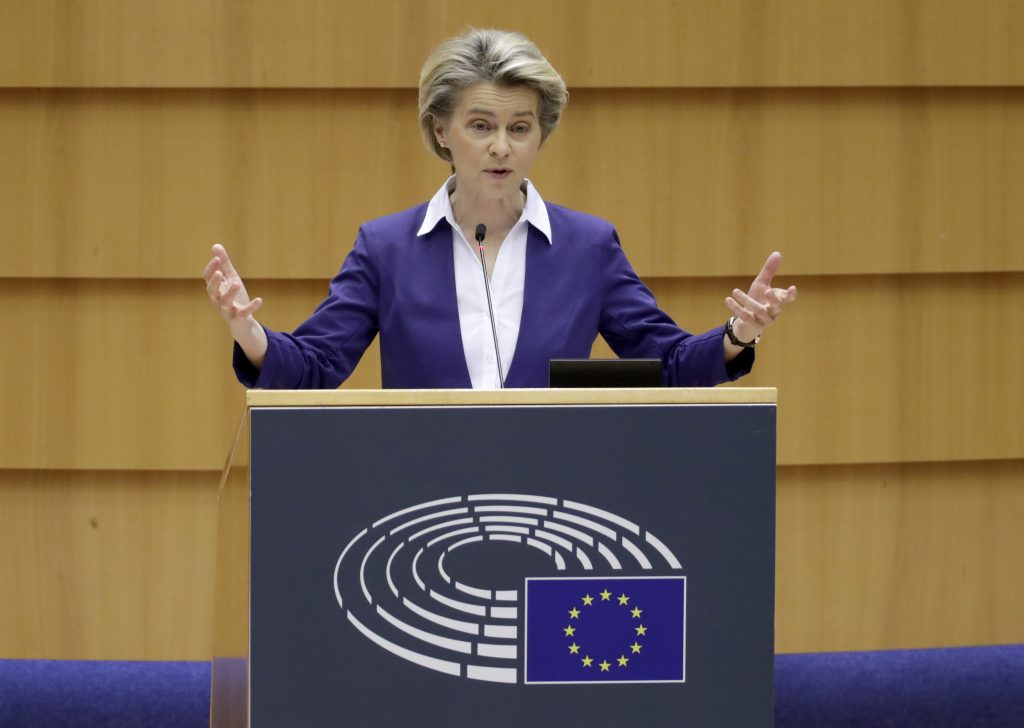 In a great show of hypocrisy, the European Commission rang in the new year by completely disregarding and disrespecting our common European values. The leaders of a community “united in diversity” decided to take no action regarding the Minority SafePack European Citizens’ Initiative. Hungary Today has written multiple articles about this topic since the collection […]
András Vaski 2021.01.22. 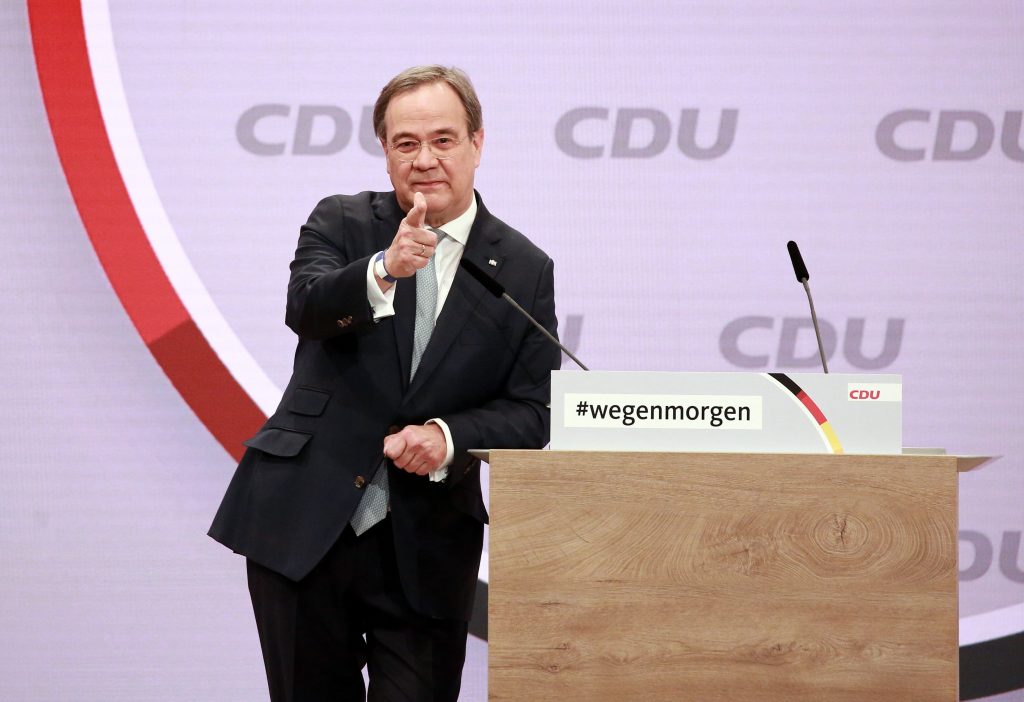 On Saturday, Germany’s ruling Christian Democrats (CDU) elected Armin Laschet, prime minister of the German state of North Rhine-Westphalia, as their new leader. Although many voiced their hope that the change of leadership would finally help to seal Fidesz’s fate in the EPP, Laschet, whose political approach is similar to that of Merkel, is expected […]
Péter Cseresnyés 2021.01.18. 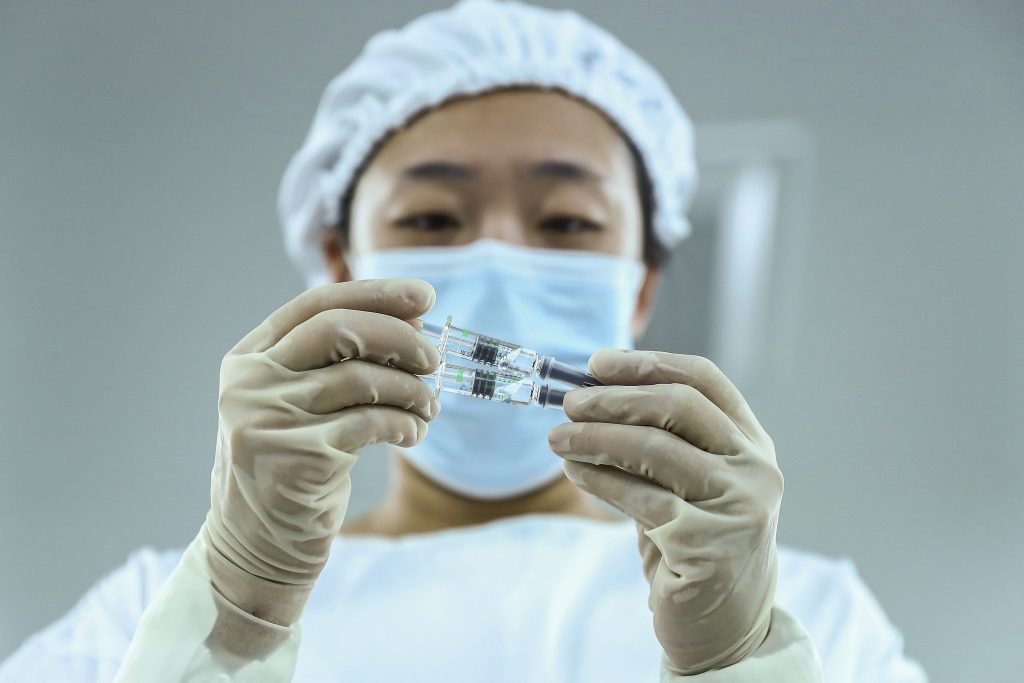 Both Prime Minister Viktor Orbán and the Head of the Prime Minister’s Office Gergely Gulyás have stated that the Chinese Sinopharm vaccine will be shipped to Hungary as soon as Hungarian authorities allow its use. Here is what you need to know about this vaccine.  The Hungarian government has reserved 19.7 million doses of the […]
Tamás Vaski 2021.01.15.

Everything You Need to Know About the UK Coronavirus Variant

The UK coronavirus variant has arrived in Hungary. Referred to as such due to its discovery in England, this new strain has raised significant concern over its potential impact on the world. Here is what you need to know. The Centers for Disease Control and Prevention (CDC) stated that there is no evidence of any […]
Tamás Vaski 2021.01.14. 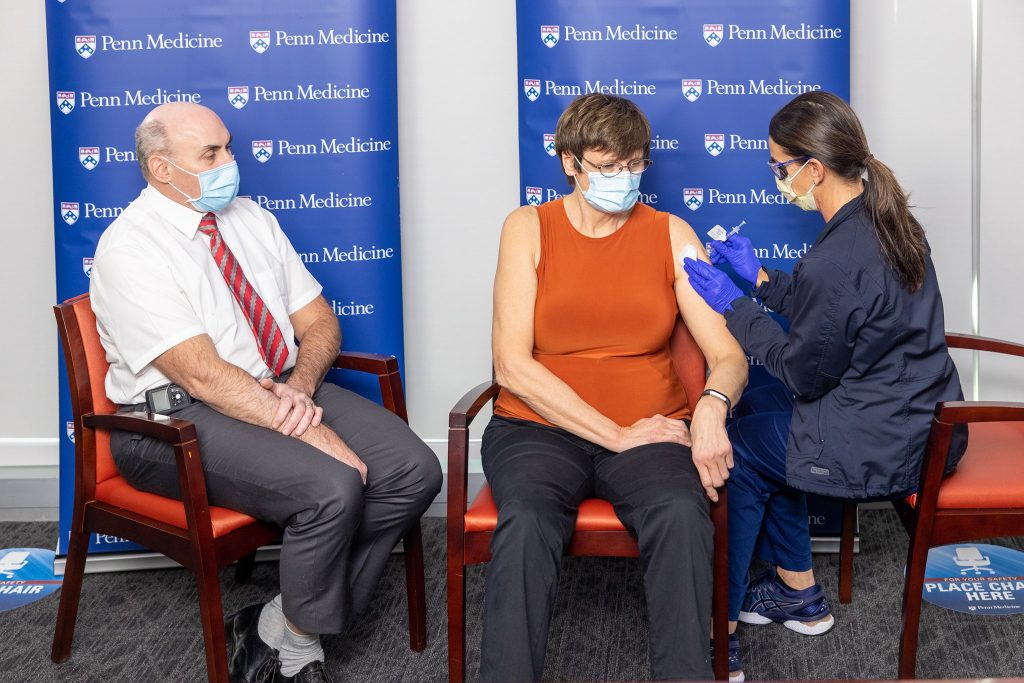 As we enter what is hopefully the last stage in humanity’s battle with the Covid-19 virus, various vaccines are entering the distribution phase around the world. Hundreds of thousands of people have already been vaccinated, predominantly healthcare workers, the elderly, as well as other essential personnel. As with almost all things, there is something “Hungarian” […]
András Vaski 2021.01.10. 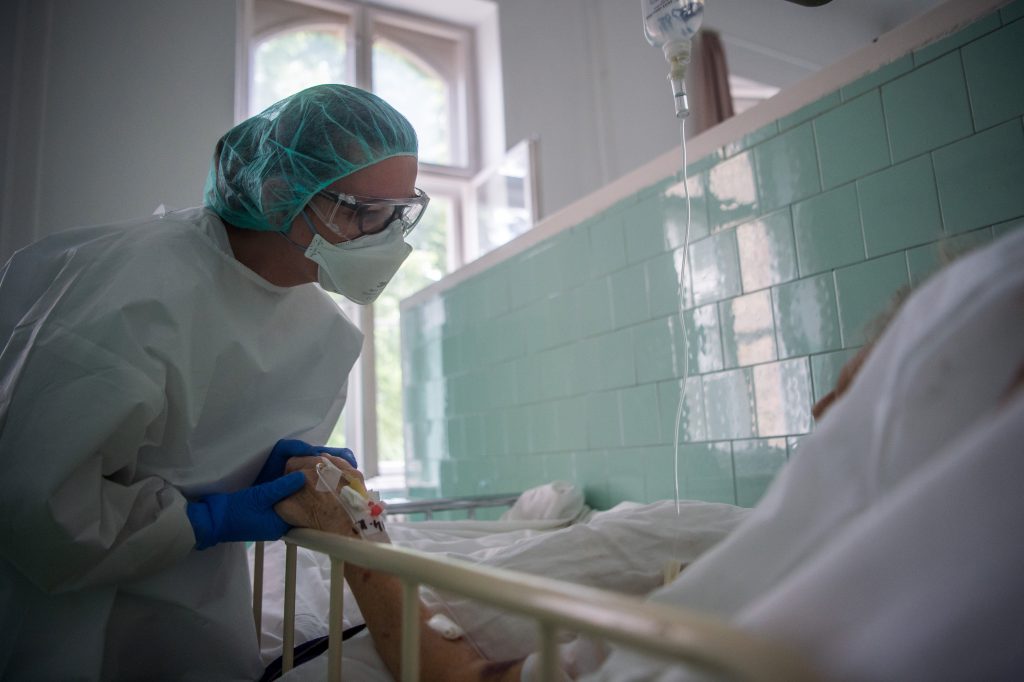 The Chronicle of Hungary’s Coronavirus Outbreak in 2020

Last year, just like in most countries in the world, was about the coronavirus pandemic in Hungary as well. We take a look at how this dangerous disease started spreading in the country, hoping that the recently started mass vaccination will soon render the virus a thing of the past. Summary. In Hungary, from the […]
Péter Cseresnyés 2021.01.08.