On Tuesday, Chief Medical Officer Cecília Müller said at the daily press conference of the Operative Board responsible for controlling the coronavirus epidemic that there is a positive change in the dynamics of the epidemic as the number of patients infected by the coronavirus stagnates, while the number of tests exceeds 700,000. However, many claim that the number of tests performed daily has significantly dropped, while the number of infections has not changed. This caused the proportion of infections and tests to grow as high as 12.1 on Monday, while the World Health Organization(WHO)’s recommendation is below 5.

Chief Medical Officer Müller said that while on the 34-35-36th weeks the number of new cases tripled from week to week, and also increased by one and a half times from the 36 to 37th week and by one-third from the 37 to 38th, in recent days, it only increased by 2%. This shows, she argued, that the number of new infections has stagnated in the recent period, coronavirus patients are infecting each other more slowly day by day, and the reproduction rate remains close to 1.

However, in mid-September, Secretary of State Bence Rétvári stated – answering a question from Párbeszéd (Dialogue) co-chair Tímea Szabó – that the WHO recommendations should be followed in coronavirus testing. Although he did not reveal how many tests could be carried out and how much test capacity the country had, liberal news site 444 found that the answer showed that too few tests were being carried out, far less than the WHO recommendation. Rétvári wrote that “when determining the need for the number of daily examinations, it should be taken into account, according to the WHO recommendation, that the proportion of daily positive examinations should not exceed 5%.” 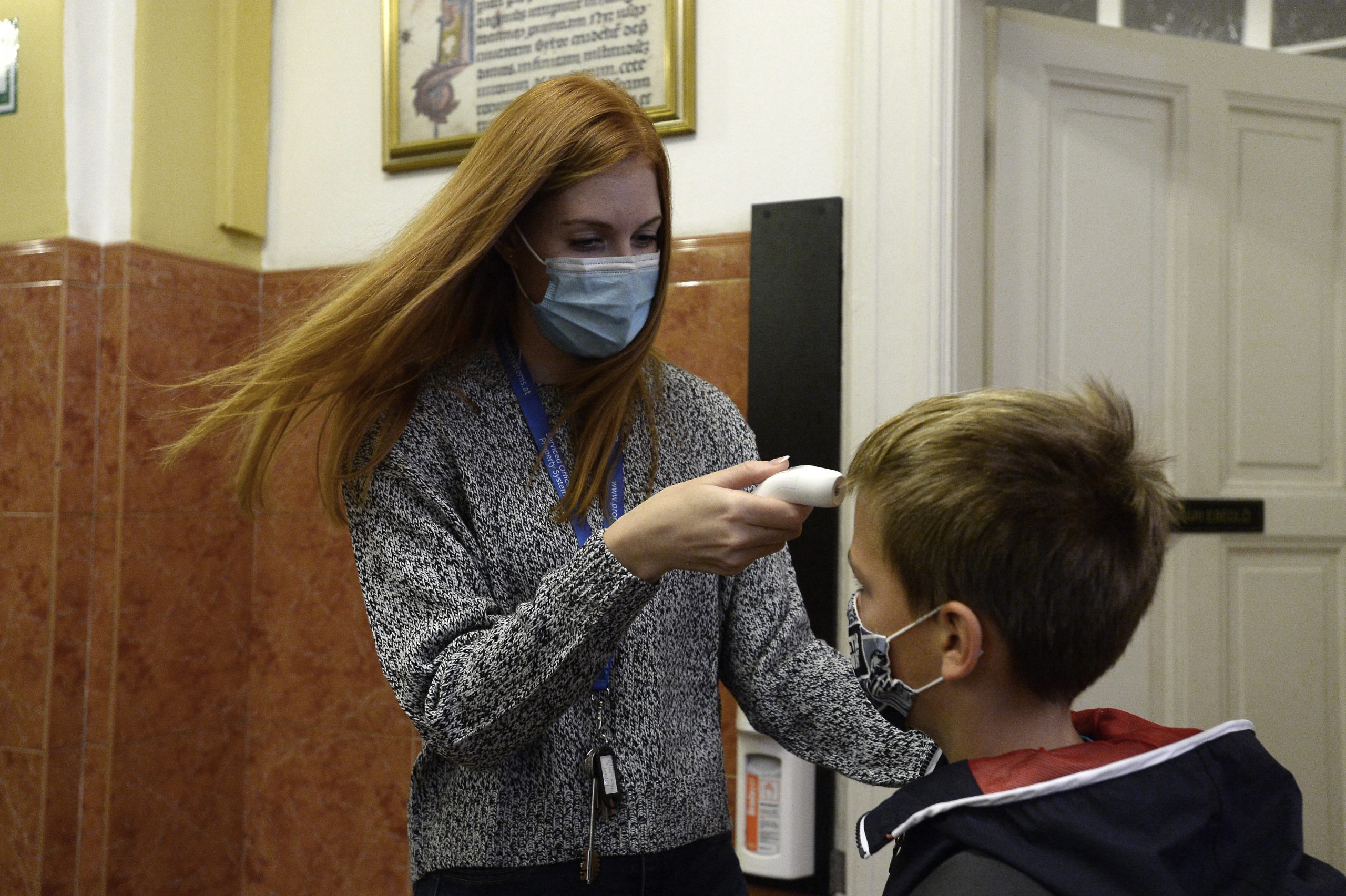 A mandatory temperature check for students and teachers will be introduced in schools tomorrow, October 1st. The temperature limit is set by the national chief medical officer at 37.8 degrees Celsius- if the child’s temperature is above that, they will be sent home. Several people oppose the measure and have raised concerns, such as who […]Continue reading

Although the number of tests has increased since the first wave, many experts have pointed out that if the positivity rate among the tests performed is too high, it means that the country is not performing enough tests. In Hungary, this indicator has not fallen below the recommended five percent since the beginning of September, and sometimes it even exceeded ten percent, like on Monday, when the proportion reached 12.1.

Although yesterday Müller also spoke of “a significant increase in the number of tests performed in the laboratories, as we have exceeded 700,000,” this data applies to all coronavirus tests performed since the outbreak in March. While in reality, they have carried out far fewer tests than usual in the last couple of days. According to the official coronavirus information website, a total of 7,737 new samples were taken on Monday and 7,065 on Sunday, but even the highest number since March (13,461) is far less than in neighboring Austria. This means that there is no sign of a significant increase in the number of tests, and on Tuesday, the proportion of positive tests also hit a record, which is an indication that fewer tests are being performed, as it can be seen in the following statistics: 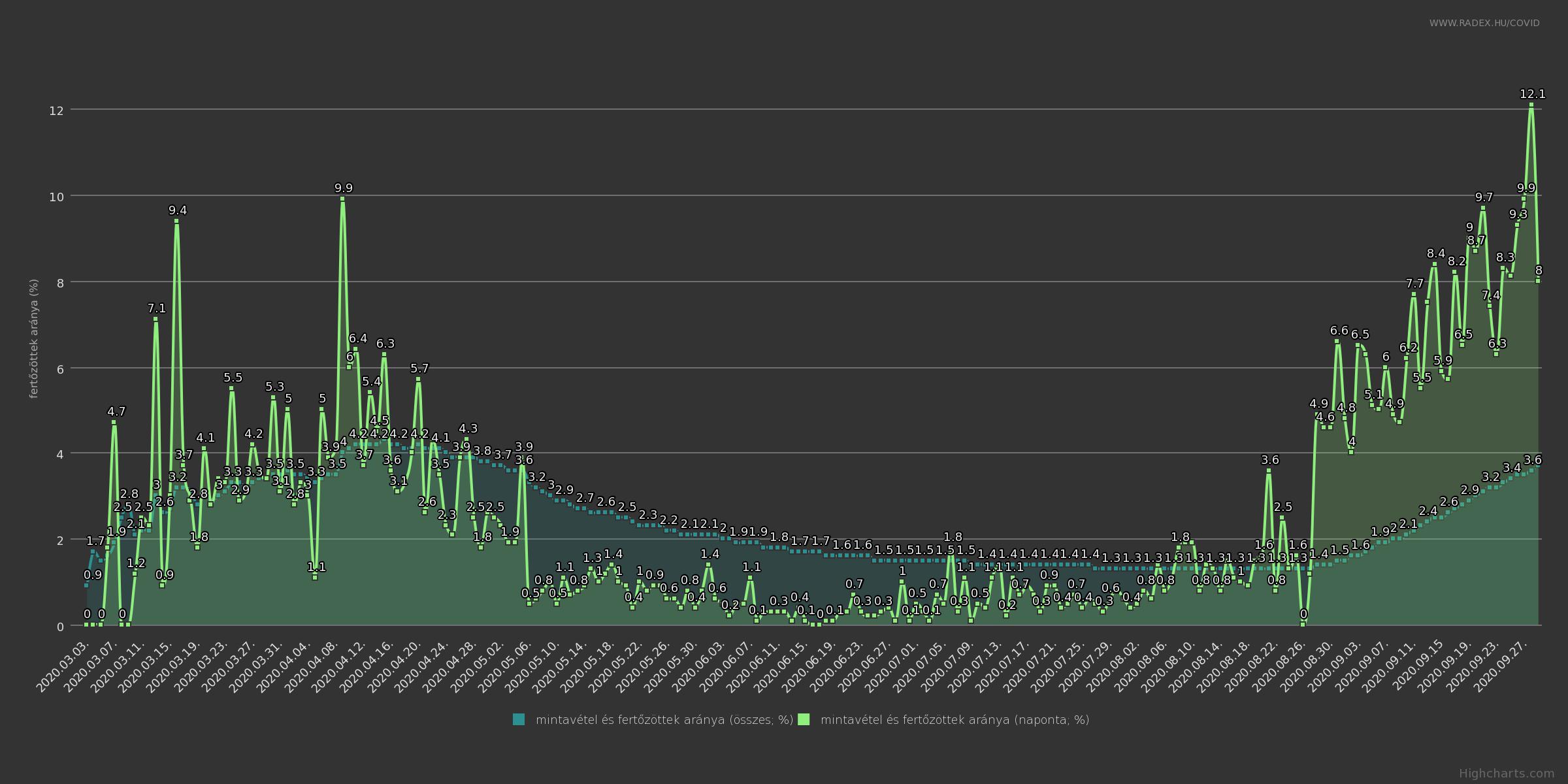 The opposition has also criticized the government in parliament for their way of tackling the coronavirus epidemic. According to the Democratic Coalition (DK), they don’t test enough because that’s how you can play with statistics.