What’s Going On In The Kaiserstadt? – Hungarian Press Reactions To The Austrian Presidential Election

As environmentalist Alexander van der Bellen snatches a narrow victory in neighbouring Austria from anti-immigrant Norbert Hofer, Hungarian political commentators point out that ‘peaceful, happy and dull’ Austria is now no less divided than Hungary – or much of the world.

In its front page editorial, left-wing Népszabadság compares the surge of the Austrian Freedom Party to the successes of anti-establishment forces elsewhere in the Western world including the United States, with Donald Trump; France with Marine Le Pen; and Germany with the anti-immigrant AFD party. The middle-ground is getting thinner, the extremes are strengthening and division is mounting, the left-wing daily concludes.

In left-wing HVG, Péter Techet warns the Austrian elites that they have to hear the voices of dissatisfaction even if those are often only based on imaginary threats. He believes both conservatives and socialists will redefine their stance towards the Freedom Party, as it is better to have it as part of the system than as an external threat.

On right-wing Látószög blog, historian Mária Schmidt finds it unfortunate that Austrians have ‘abandoned the only historical tradition they have – that of the Habsburg monarchy.’ Their public discourse is now ruled by baby boomer leftist ideologies and the pro-German tradition. As a result, decent, hardworking Catholic Austrians don’t have a voice in public life, she suggests. She recalls that during his first term, Prime Minister Orbán of Hungary was the first foreign leader to receive Chancellor Schüssel of Austria, who was at that time considered a pariah in the West because he included the Freedom Party in his coalition government.

In conservative Magyar Nemzet, Albert Gazda draws the conclusion that ‘total division’ is not the monopoly of Hungary. The second round of the presidential elections was a run of between two radicalisms, while the traditional left and right parties were significantly weakened. The result is, he continues, that nothing can continue as it was till now. Hungary is different in that only one of the two sides (the left) has been swept away by historical challenges and nothing has grown in its place. The other side (the right) has adapted itself to the changes. 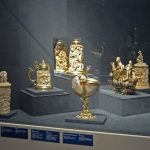 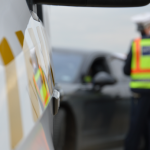