What Is St. Michael the Archangel Doing on the PM’s New Office? 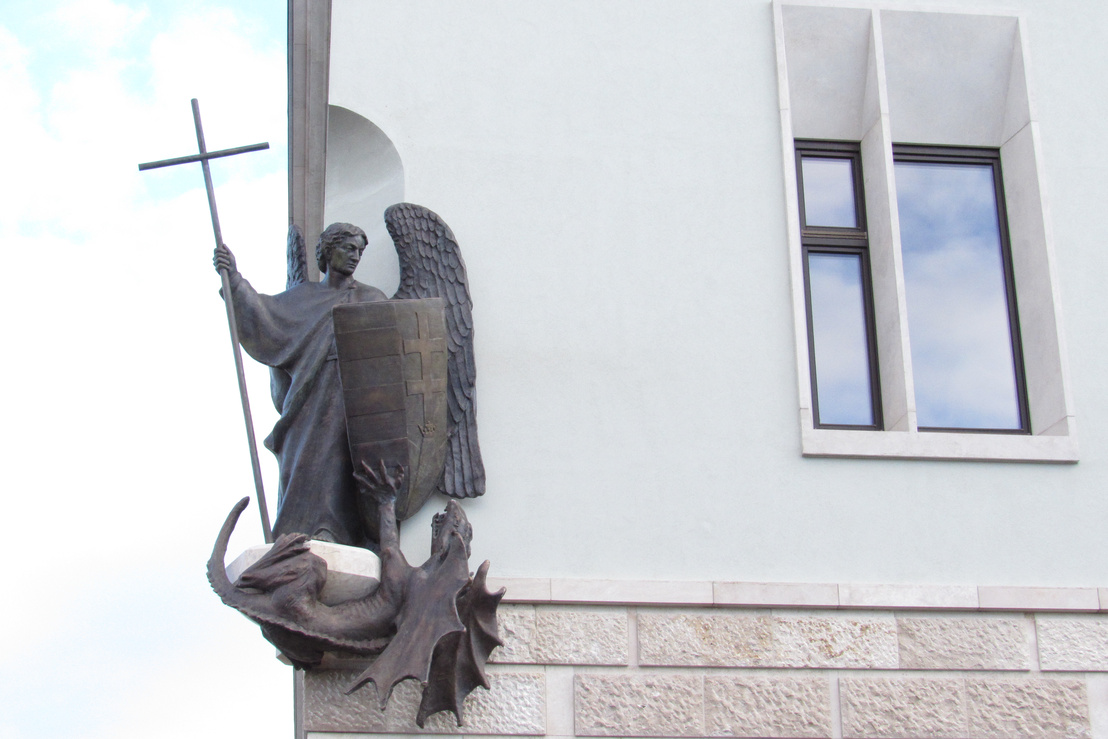 The Castle District is one of Hungary’s most historic centers; the destination is a tourist magnet, and the area is a World Heritage Site. We tend to forget about the castle’s past and often believe it has always looked as it does now. However, World War II caused serious damage to the building and, over the past century, the Castle Quarter has undergone some tremendous changes.

There is a part of the castle which has been untouched and unused for ages. Now, it is finally waking up from its Sleeping Beauty-esque nap. This section is comprised of the southern part of the Castle, between the royal palace and the Matthias Church–which was the real center of Hungarian statehood until it was badly damaged between 1944 and 45.

In the Middle Ages, the building wherein the PM’s new office is located had been a Franciscan temple devoted to St. John, built between 1269-70. The building was converted into a mosque during the Turkish occupation and then destroyed in the 1686 siege of Buda. The plot was given to the Carmelites in 1693. After laying the foundation in 1725, the temple was built by 1736 and consecrated in 1763. Joseph II dissolved the order in 1784, and on his trip to Buda in 1786, he personally arranged to have the temple converted into a theater, used to entertain the government officers of Buda.

The PM’s office was created from the rooms of two former monks. Not only the interior is reminiscent of the building’s religious past, as a Sculpture of Saint Michael the Archangel is also present on the corner of the renovated office. This came as a surprise to the public as it wasn’t included in the original plans.

Archangel on the wall

The bronze statue rests several meters above the ground, therefore it is clearly visible from afar. St. Michael’s figure is life-size, brandishing a cross in its right hand and a shield inscribed with Hungarian symbols in its left. The sculptor did not adhere to the usual depictions of Saint Michael. Traditionally, the Archangel holds a sword, but in this case, his weapon is a long Christian cross. 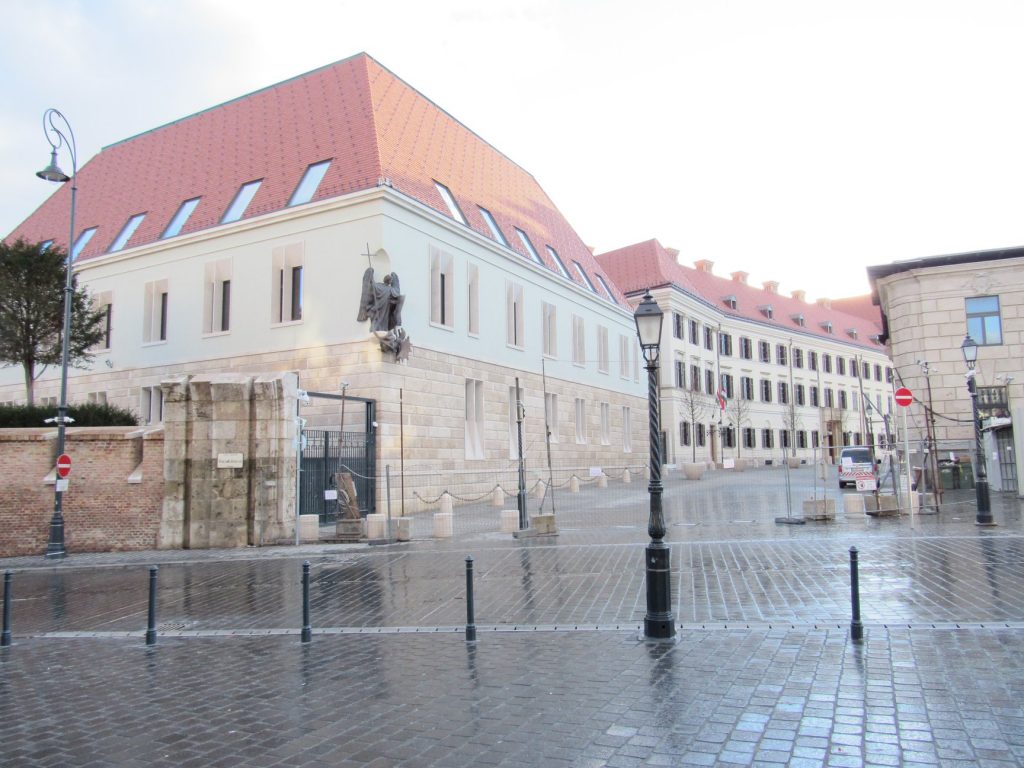 Proudly lifting a shield, St. Michael is depicted as a protector of the Hungarian nation. The shield symbolically represents faith in the country. A dragon (representing evil or the defeat of evil) rests at the feet of St. Michael. The dragon clings to the balcony’s edge, clearly in a weak position. Although the dragon appears to be losing, evil is alive and well. Therefore, the statue signifies there is still a need for protection.

The sculptor, György Markolt, was born in Kiskunfélegyháza in 1951. He attended the College of Fine Arts from 1969 to 1975. He has been living in Csobánka with his wife Katalin M. Gémes for decades, and it was there that they raised their eight sons. With his extensive experience creating sacred sculptures depicting Hungarian History, it's clear why Markolt was chosen to design the statue of St. Michael.

The reason behind St. Michael being chosen as a patron saint by the Prime Minister’s Office is still unclear. St. Michael is one of the seven archangels, the leader of the heavenly armies, the victorious warrior who overcomes evil, protector of the good and the most powerful angel. The angel measures good and evil acts and differentiates them from one another. He is also the defender of the Christian soldiers. During the Crusades, soldiers often fought under the names of the armies of St. Michael.

A few days ago on the day of Epiphany, the office was blessed by Carmelite monks. Traditionally, the year is written in chalk over the door as part of the ceremony, accompanied by the initials of the three wise men of the East. In this case: 20 + G + M + B + 19.