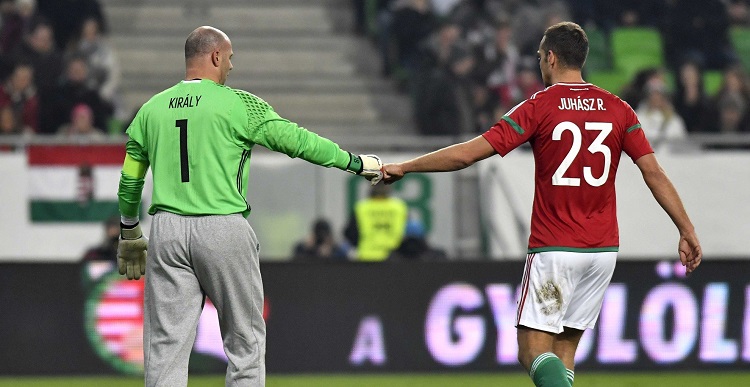 Four of Hungarian national football team stalwarts over the last two decades retired from international football last night. Goalkeeper Gábor Király, defenders Roland Juhász and Vilmos Vanczák and midfielder Tamás Hajnal said an emotional farewell to the Hungarian fans last night as part of Hungary’s final game of the year against Sweden. Despite the “unfriendly” 2-0 defeat, the home supporters celebrated and applauded the team, the retiring players in particular. 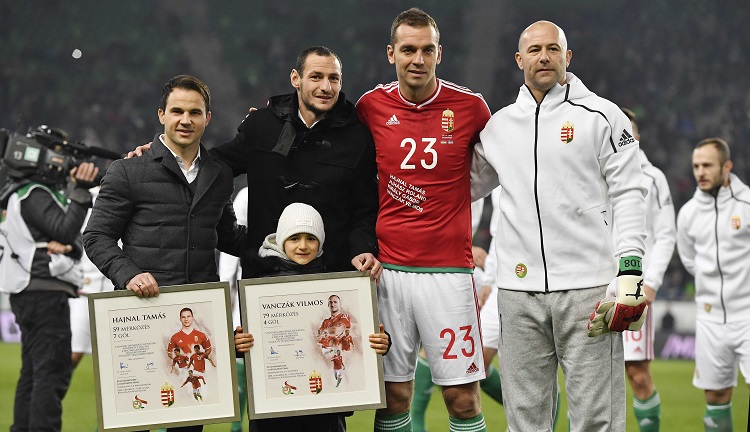 Hajnal, Vanczák, Juhász and Király altogether have made 341 international appearances for Hungary

The four players have made 341 international appearances altogether. Making his debut against Austria in 1998 Gábor “grey sweatpants” Király earned 108 caps with the national team, which is a domestic record. Roland Juhász’s debut came with his first goal in 2004 in a friendly with Japan. He played for Hungary for the 95th and last time yesterday. Former FC Sion player Vilmos Vancák enjoyed 94 caps with the national team, scoring four goals since 2004. Ferencváros playermaker Tamás Hajnal made his debut in 2004, and since he has scored five times in 59 caps.