Week in the Life of the Hungarian Diaspora: Radnóti Marathon, Hungarian Film Club and Literary Café 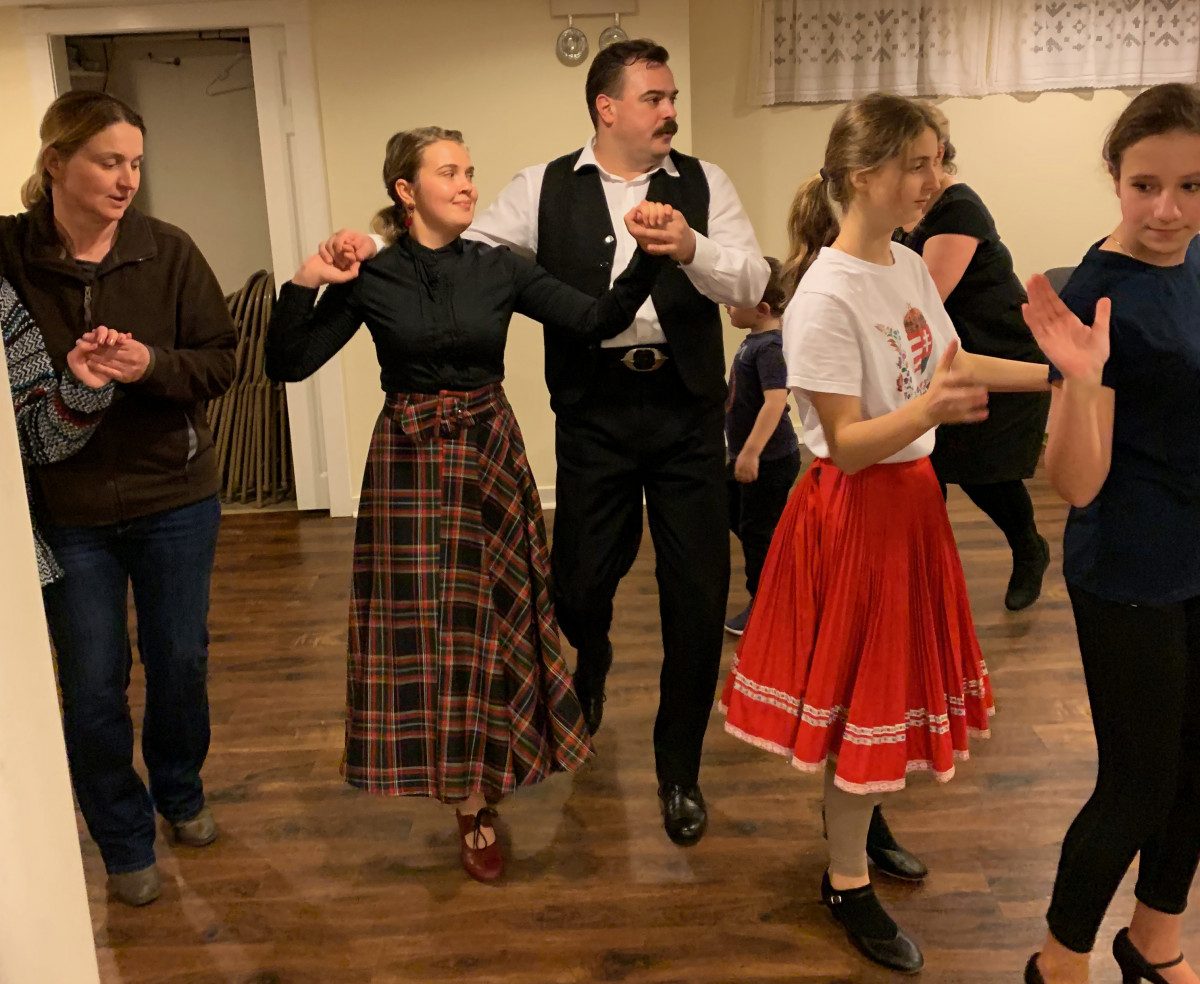 The Hungarian House in Brussels joined the XI. International Reading Marathon on February 17, 2019, honoring Miklós Radnóti with a reading. Initiated by the Kájoni János County Library in Csíkszeredahe, the local Hungarian community has participated in the tradition for years. This year, Zsuzsánna Pál, a KCSP scholarship holder, organized the event supported by Zita Dáné Kállayné, managing director of the Hungarian House. Participants from the Hungarian community read Radnóti’s poems and discussed the historical era and his life and work. While enjoying a piece of cake and a cup of coffee by candlelight, they even shared their personal experiences with Radnóti. 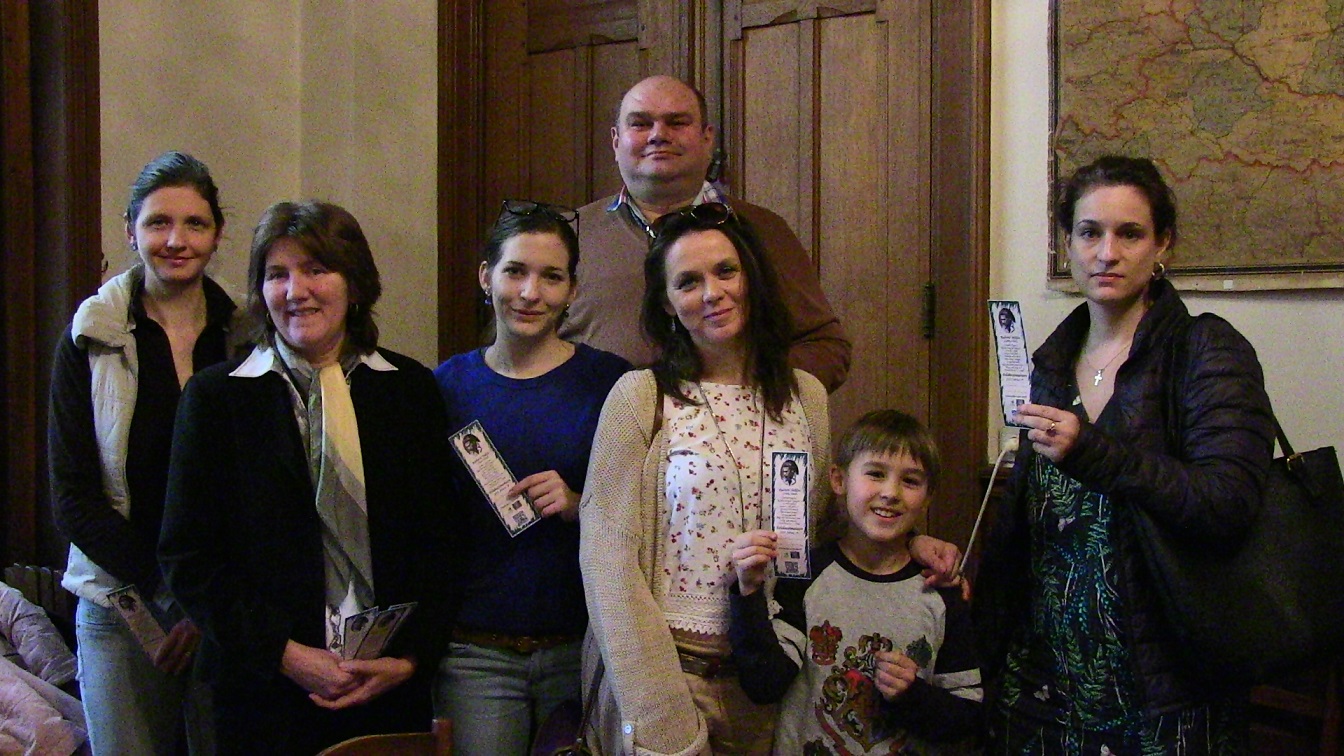 The Bocskai Film Club in Cleveland, organized by Radio Bocskai and hosted by the Hungarian Business Club, launched on Sunday, February 10, with the film Viszkis. Nearly 100 people took part in the first screening, which will be followed by events every one or two weeks for the next eight to nine weeks. The selection of award-winning Hungarian films included works like Eternal Winter, 1945, and One Day Movies are screened with English subtitles, the entry is free and the Hungarian Business Club serves lángos, donuts and other snacks. The Bocskai Film Club continues on 24 February with Attila Szász and Norbert Köbli’s historical drama, Eternal Winter. On Monday, Hungary Today will publish an interview with the film’s producer, Tamás Lajos, on the Memorial Day of the Victims of Communism. 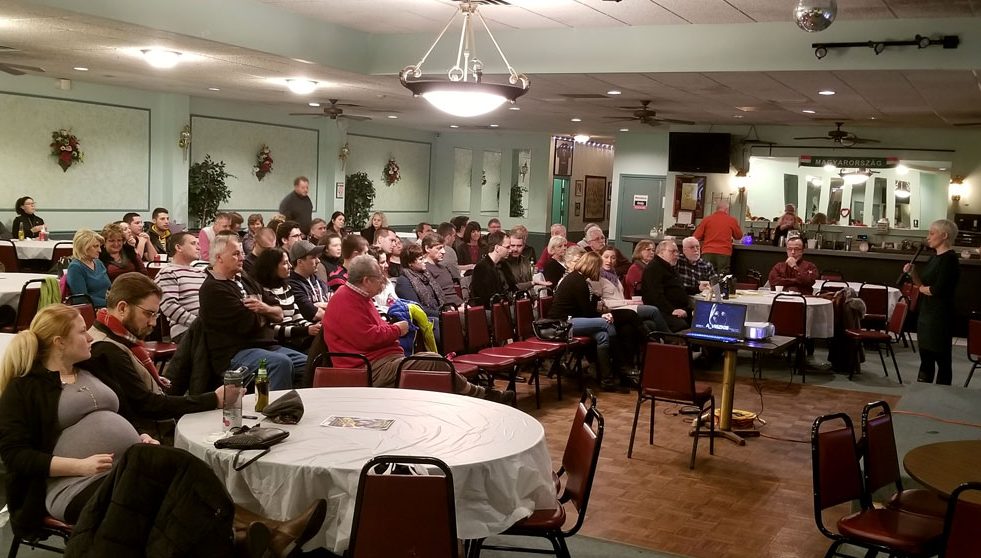 The Lund Hungarian Cultural Forum has operated in Sweden for over sixty years. Following years of demands for joint, literary discussions and reading circles, one has finally been formed. KCSP scholarship holder József Antal is a literature expert and Kosztolányi fan. At the café’s first literary event, he gave a lecture, “Fantastic Kosztolányi” to the Hungarians in Lund. The community now meets once a month to analyze a short story together. In December, they talked about Géza Csáth’s Magician’s Garden. On 13 February, József Antal gave another lecture, “Funeral Sermons and intertexts,” in which he analyzed the Funeral Sermon and Prayer, the oldest known and surviving contiguous Hungarian text, and Márai’s and Kosztolányi’s poems, both titled “Funeral Sermon.” 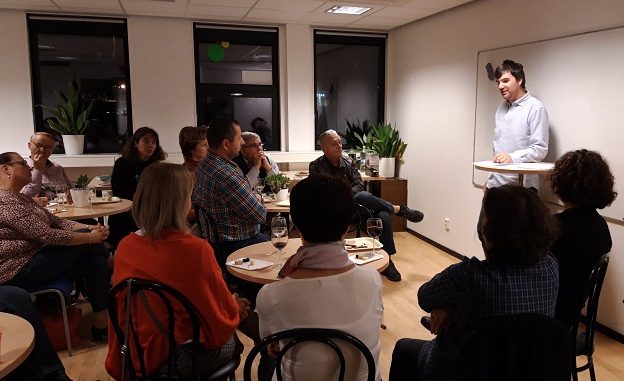 On 20 January 2019, KCSP scholarship holders from Chicago organized the first Hungarian dance house of the year for children and adults at the Reformed Church of Norridge. First, the smaller audience enjoyed games and dances from Upper Hungary, the historical northern part of the Kingdom of Hungary. Then, the program continued with Moldavian dances taught by János Szűcs. Later in the evening, participants had the opportunity to learn dances from two of Transylvania’s most iconic areas, Mezőség and Kalotaszeg. 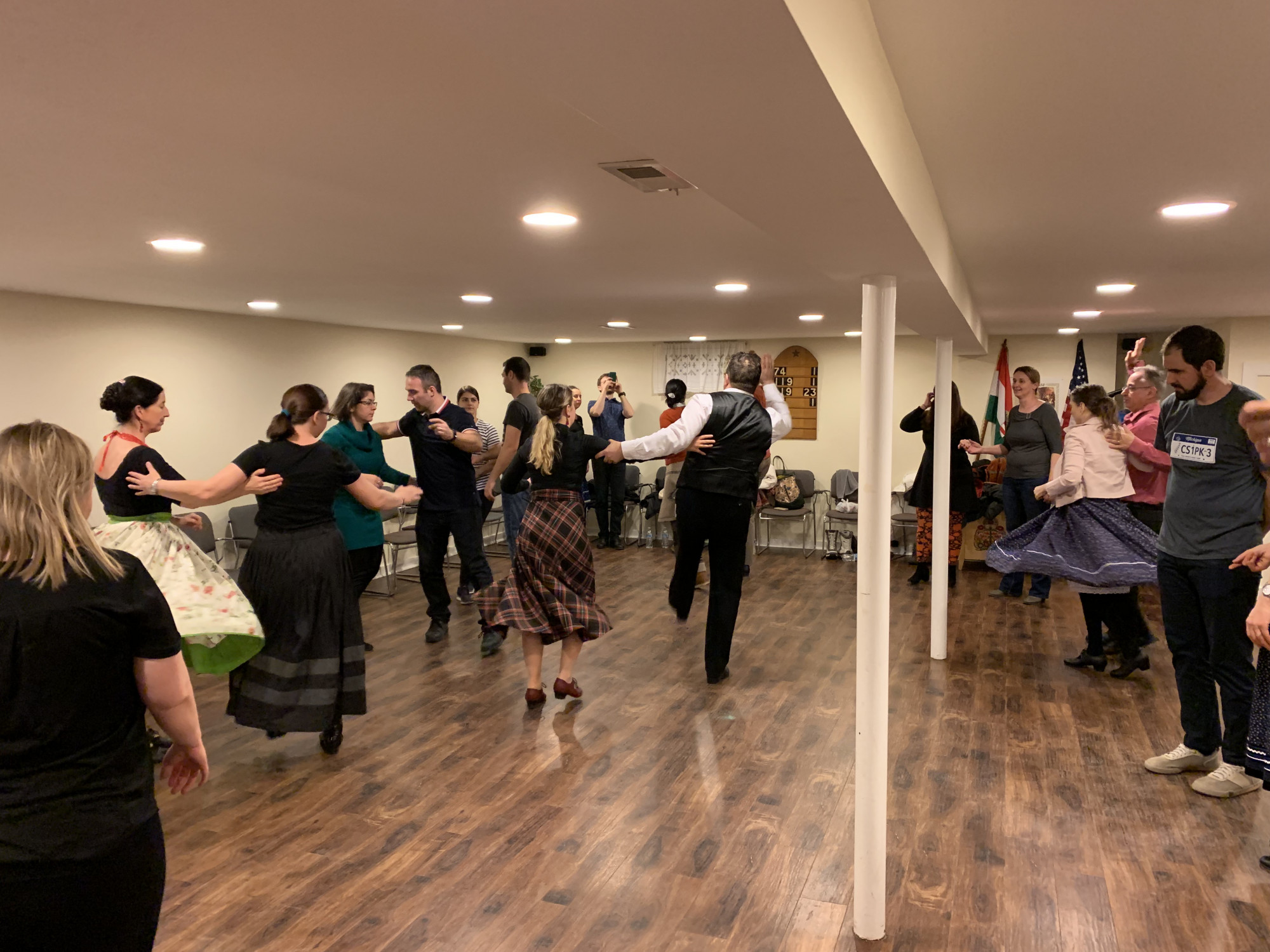 On 9 February 2019, the Mákvirágok Hungarian Nursery School and Primary School in Orlando held its fifth annual Farsang masquerade. Preschoolers and schoolchildren typically attend lessons every Saturday. However, this time everyone was allowed to wear their superhero, stewardess, pirate and doctor costumes. Before the fun began, the children learned about Farsang’s history in a video and enjoyed a short compilation about the Mohács busó carnival, which will be held in Hungary from 28 February until 5 March. Later, the schoolchildren had a costume parade, took part in arts and crafts workshops and watched a magic show. 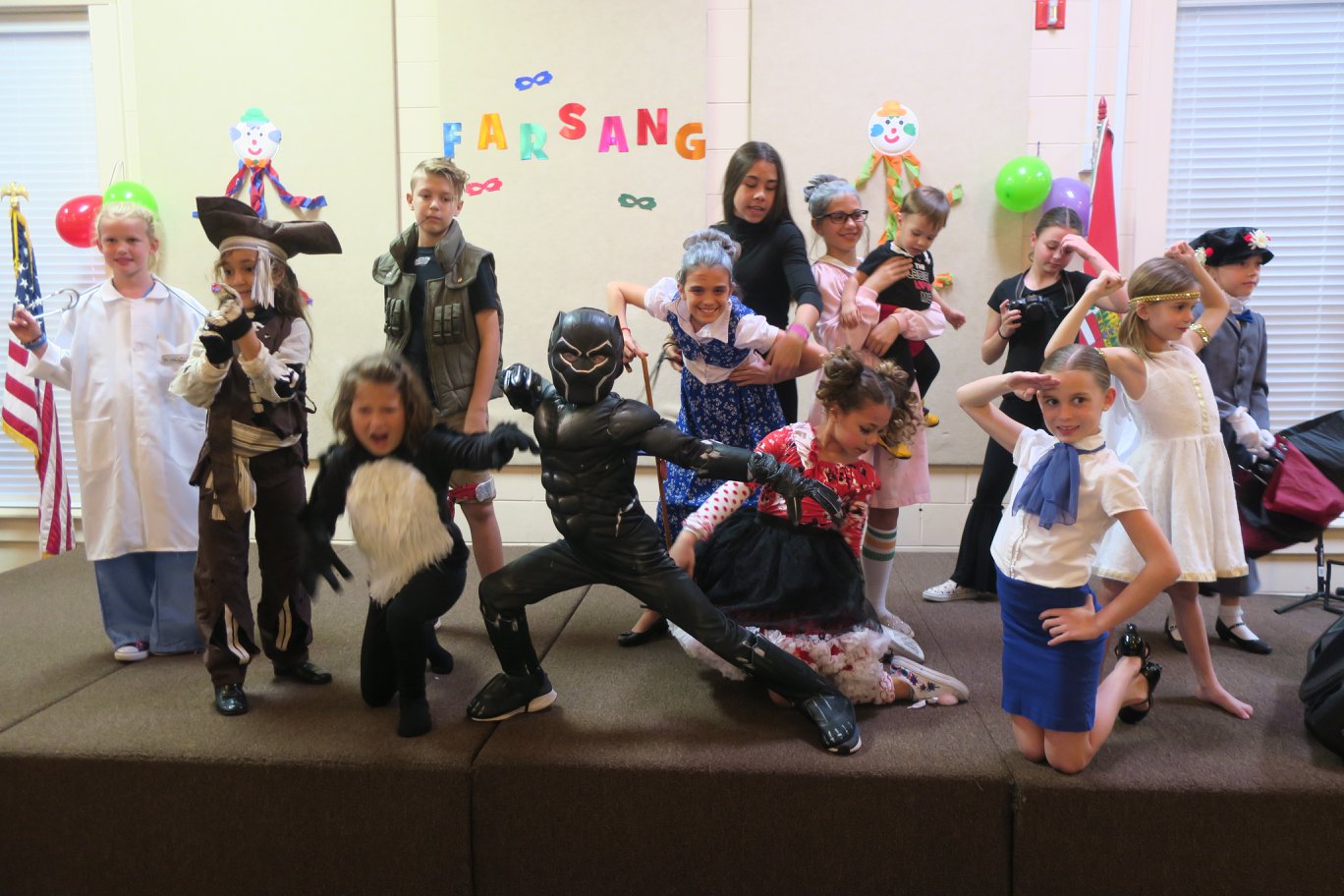 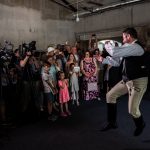