“We’d Like to Stick to the Point, Which, of Course, is Playing the Piano” – Interview with Hungarian Pianist Bence Péter

We had an opportunity to sit down with Bence Péter, a 26-year-old pianist from Hajdúböszörmény, eastern Hungary, in a cafe in Budapest before the filming of his new video clip. We talked to him about his experiences after performing multiple sold-out concerts from Milano to Moscow, from Sydney to London’s Hyde Park, why he never had a concert in Budapest during these tours, and how he reached millions of followers on his social media accounts. Bence, who is the Guiness record holder of most piano key hits in one minute with 765 sounds, embarks on another world tour in 2018. 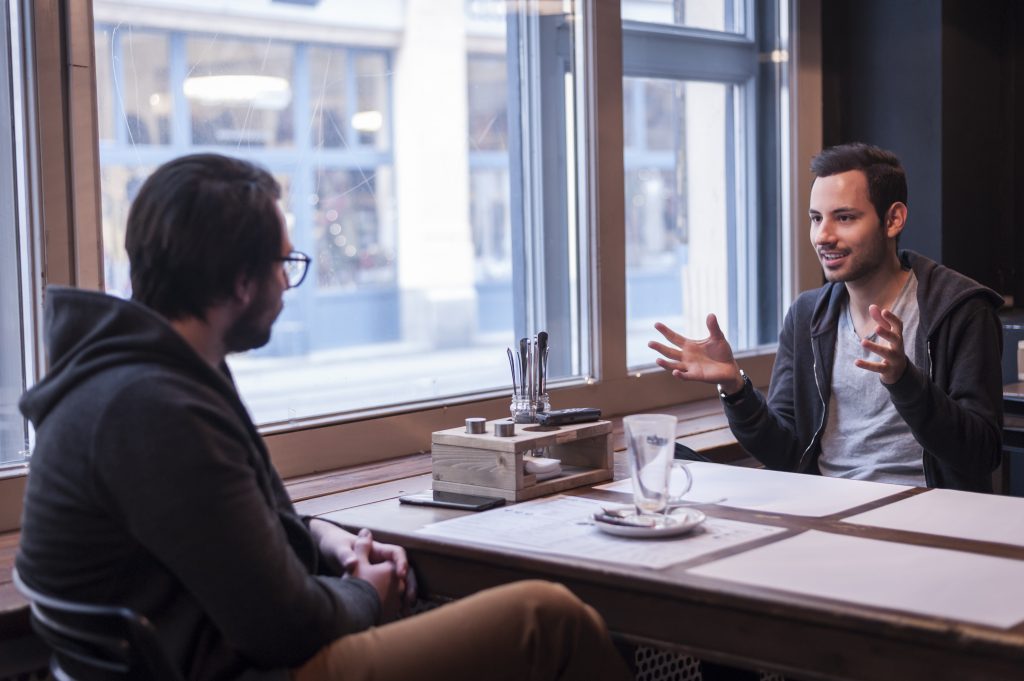 According to your Wikipedia page, it was your grandparents who discovered your talent. Is this true?

I was around 2 years old, when I first started striking the keys on a piano, although at the time I could barely reach the instrument. According to my grandparents, I was trying to play the tunes from my favourite animated films by ear. I’m guessing that I must have spent a lot of time with this, because by 5 years old my parents signed me up for the Hajdúböszörmény music school’s preparation course. Here, we obviously listened to classical music, which had an inspirative effect on me, and by the age of 7, I had my own compositions. Later, during secondary school, I moved to Debrecen and continued my  studies at the local Kodály Zoltán Technical College of Music. Although I liked it, I never felt comfortable in playing classical music, this is why I wanted to break free from it, and the surroundings were not to my liking either; I felt that the people around me were thinking ‘inside the box’. This is why I wanted to go abroad to study music.

Have you ever consider to study at Liszt Academy in Budapest?

I’ll be honest, I applied to the Liszt Academy, too – I didn’t do it wholeheartedly, because I knew that classical music and contemporary music will await me -, but I already felt at the preliminary examination that the surroundings would not be to my liking. They didn’t accept me for the composer program that year, but I was accepted to the Berklee College of Music at the first audition in France. Unfortunately, I couldn’t finish the last few semesters of the Bachelor’s, the undergraduate program, as I simply couldn’t finance basic living needs. Even though I had scholarships and specifically a support of the National Cultural Fund, I couldn’t finance my studies after a while and the cost of renting a room itself would have required a horrible amount of money. This is why I was forced to give it up and come home after 2 and a half years. 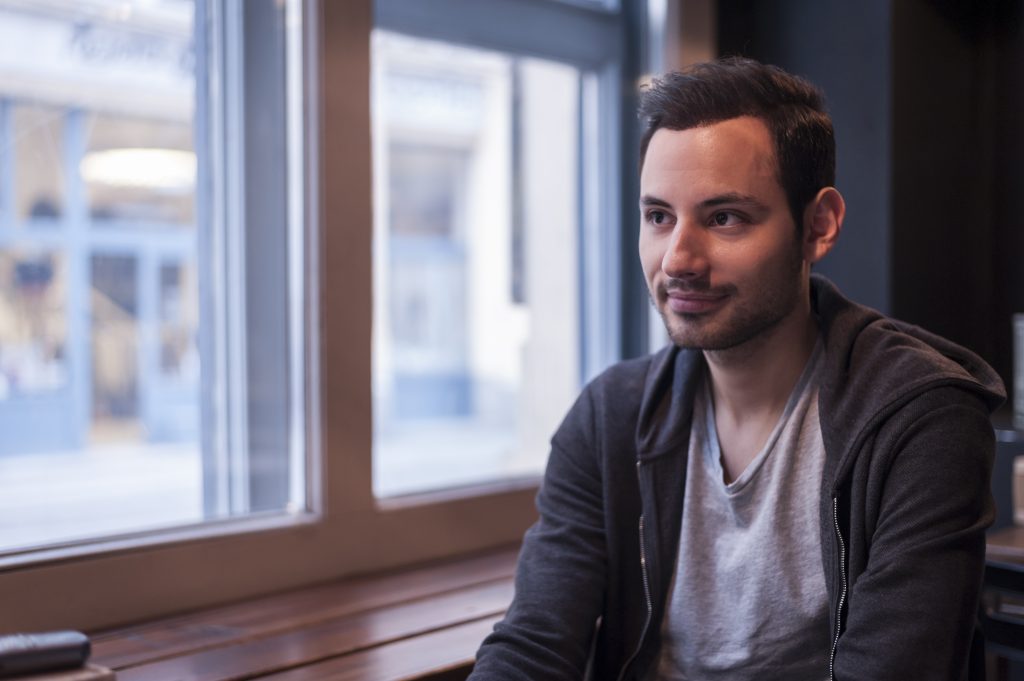 In an interview, you recounted stories of the Bostonian Hungarians and how they put you up.

I couldn’t officially rent a room from Hungary – I would have needed to be in Boston for that -, in a final, desperate attempt I asked for help on the internet and wrote an email and sent it to the full email list of Bostonian Hungarians. I only needed a few weeks while I find a place for myself, so that I wouldn’t have to sleep under a bridge. I received an answer from a lady almost immediately, who offered me a place to stay, and with whom I still have a very strong friendship going. I performed at a lot of their events, and I got to know a lot of Hungarians living in America.  I have a lot to thank them for. In fact, I’ve eaten the most amazing Gulyas soup there. The half-year that followed my return to home was a rather “dark” period for me, when I didn’t know what I wanted to do with myself, nor did I know if I was on the right path at all. At the same time I worked on a few piano covers and shot videos of it as well, but it didn’t break through to the public.

This changed with the cover of Michael Jackson’s Bad?

Yes, chronologically this is what followed, after having worked on the song for almost a year, trying to perfect it. I have always enjoyed communicating through social media, so I prepared and uploaded my videos specifically for the internet. I kept trying to think about how to make my next video even more popular, but the success was yet to come. I thought to myself: “What is the secret then?” For that specific Michael Jackson cover, I recorded the song in a small studio only a few hours before filming the clip, just huddled through it, which I never really do. However, after this point, everything has changed.

What do you mean by everything?

Before the Michael Jackson cover, my plans kept running into obstacles. Every attempt for organising media appearances or concerts have failed. The popularity that surrounded the videos came primarily from abroad and then,  calls kept pouring in asking if I wanted to perform a concert, from all around the world. From that point on, we started consciously trying to build my career and my appearances, because we saw this as the foundation of everything. Today we are at a point – and I think a lot of other performers would agree with me -, where we don’t need flyers and posters all over a city to have a sold-out concert in Milan or Sydney, in front of 2000 people; I only need to share the event on Facebook. Obviously, my videos are the basis of this all. If my videos become popular, then the concert organisers see me as a worthwhile investment, and they ask me to perform.

Despite all this, you have no performances in Hungary.

There were talks about it, but they all fell through. I can follow the statistics on Facebook to see where my fans based and although I don’t appear in the local media that much, I have more than 40,000 followers throughout Hungary. I could perform a larger concert here if I wanted to – and I planned it as well – but we couldn’t decide on any terms, for the time being. 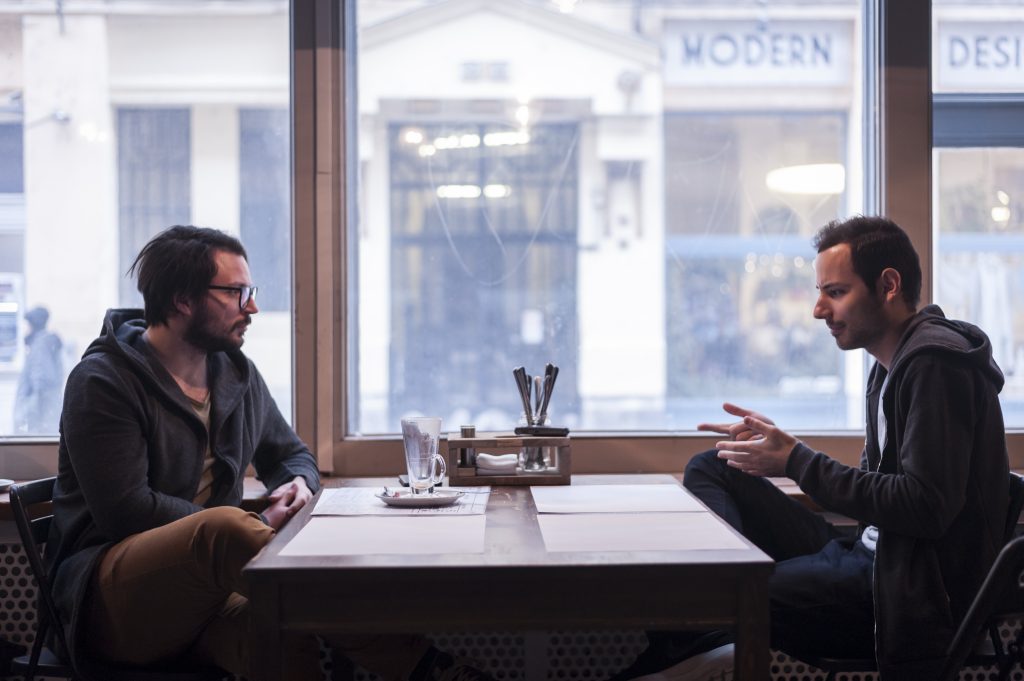 Which was your most memorable concert?

Last summer, I performed in London’s Hyde Park in front of 50,000 people at the closing concert of BBC Proms, which lasted for weeks, and is considered one of the world’s biggest music events. It was an incredible experience playing there. Funnily enough, the stage’s main sound engineer was Hungarian. Besides this, there was also a concert in France, where I played Michael Jackson songs with an orchestra, in front of 30-40,000 people. At these places the audience is usually very reserved – I believe this is some kind of cultural thing – and there are no shouts, screams, or any other similar disturbances during the performance. However, there were also cases of extreme restraint, like in Russia, where I have played many times since then: at the beginning I felt that I was doing something wrong, because I hardly got any applause. The organisers said that I should be happy I received anything at all. Audiences are a lot more free in Western, and Southern Europe, and in the United States as well.

However, even when you are alone on stage, your dynamic performance sometimes moves people during the concert.

Perhaps, it’s because of my childhood ambitions. I’ve always wanted to play the drums besides the piano, but obviously, I didn’t have time for  that. I do feel though that I can fully express myself in this matter as well during these performances. Not to mention, the piano is a percussion instrument, since we hit the piano with our fingers. For me, it was Michael Jackson who perfectly performed this deep, authentic flavour of rhythm with tones and contrasts. Besides him I could mention Béla Bartók, Bach, or Mozart as my favourites, or John Williams, whose soundtracks I adore. A few years ago, I had the opportunity to meet him in Boston. I’m sure that the impressions they left on me can be traced in my music.

And this is why you also made a cover of Despacito?

Szabolcs, my manager, hesitantly asked if I wanted to make a cover of it, since it was incredibly popular worldwide, and he believed I could bring some kind of variation to it. I considered this to be out of the question, since I never did anything similar before, but regardless, I gave it a chance. Later, when I was at Lake Balaton, I found myself thinking about it all the time. I found various approaches to it and I couldn’t wait to get started to work with it. It was a love-hate relationship. First, I hated it, and in fact, today it is one of my favourite songs to play in concert.

What are your future plans? Where do you see yourself in 10 years?

We think that it is just the beginning of something. We’d like to stick to the point, which, of course, is playing the piano. If we could organise a concert without any hype and people would come, then we captured the meaning of it all. If one day we’ll plan arena tours, or something similar, still, I would like to put the piano in the main focus; we would like to create a production with a message, and in no way will the concert stray from this. If we touch upon something, or add something, then it needs to have meaning. This can be said about everything, say film directing, or even cooking. I am an absolute believer in this. I’d rather ask “where do I see myself in 15-18 years?” There’s a high probability that I won’t be performing anymore, because I’ll have become bored of it, but I’ll open a restaurant, and work until I win a Michelin star. 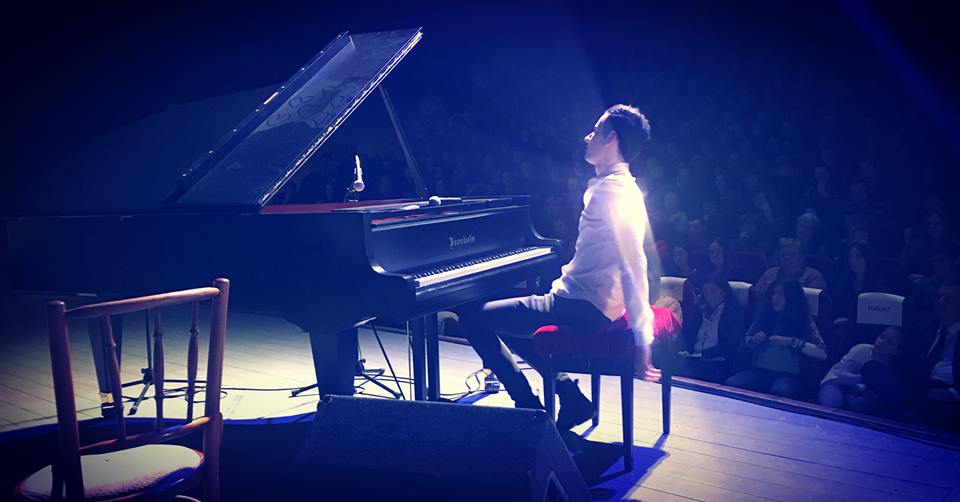 600 000 views in four days on Facebook! That’s the way! Holding the world record for most piano key hits in one minute… That’s really clever! Bence Péter is a Hungarian pianist, composer and sound designer. Since January 2012, he holds the mentioned world record (with 765 hits in one minute) according to the Guinness Book of Records. With the […]
Robert Velkey 2016.05.31.

A jaw-dropping video of young Hungarian pianist Bence Péter playing a piano cover of Michael Jackson’s famous hit “Bad” has clocked up millions of views and tens of thousands of “likes” in a matter of days on Facebook and YouTube. The pianist, originally of Hajdúböszörmény in southern Hungary, is currently studying at Berklee College of Music […]
Ferenc Sullivan 2015.07.02.