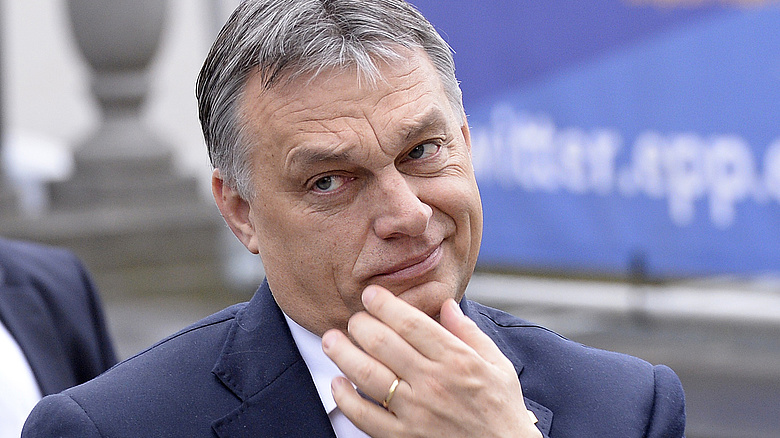 Manfred Weber and Viktor Orbán have had many ups and downs since the launch of the article 7 process against Hungary. Weber has continuously warned Orbán to respect European values and the other EPP party members.

This seemed to be the last straw for the EPP party family. Along with Jean-Claude Juncker and President Joseph Daul, thirteen EPP member parties requested Fidesz’s exclusion.

Earlier, Manfred Weber stated that the termination of Fidesz’s EPP membership could be avoided if three conditions were met:

After the last day of meetings, Manfred Weber, the group leader of the European People’s Party, described his talks with PM Orbán as constructive. Although they covered several issues, some problems have remained unresolved, Weber said.

However, both sides have published contradictory reports. Back home in Germany, Weber used a much harsher tone. In an interview, he stated that there are certain values which should be respected by all members. Weber claimed that he has “run out of patience” with Fidesz and the PM. He said that Orbán can either “give in” or find himself outside of the EPP. Weber also wants Orbán to guarantee their partnership will be long-term and problem-free.

Meanwhile, PMO Head Gergely Gulyás said that both sides had “boundaries” they were unwilling to cross. According to Gulyás, Orbán made it clear that Hungary cannot and does not want to make concessions when it comes to defending its external borders, rejecting migration or protecting Christian culture, no matter what internal conflicts this approach generates within the EPP. The Hungarian government claims the EPP debate is merely a conflict over its rigorous migration politics.

For now, the public remains uncertain about the outcome of the negotiation. However, there have been a few positive developments.

Manfred Weber was unable to see the billboards on his way to his meeting with the Prime Minister. Prior to Weber’s visit, the Juncker-Soros posters lined the highway leading from Liszt Ferenc Airport to the city. However, the night before the meeting, most were covered by blue posters and different billboards. The government had previously announced that the posters would be replaced with billboards promoting its new family support policies. Therefore, the government adhered to Weber’s first condition.

CEU’s (Central European University) case also appears resolvable. According to hvg.hu, Weber is involved in the negotiations surrounding the University and is set to discuss an offer of financial assistance with CEU President and Rector Michael Ignatieff. “I would like to help CEU find a way to continue working in Hungary,” he said. Weber told the Augsburger Allgemeine that Bavaria could finance two departments and assist in financing a third via a foundation from the Technical University of Munich. However, this may not come to fruition as the Minister heading the Prime Minister’s Office said the government considers the CEU case closed.

Weber also demanded an apology from the Hungarian PM. Gulyás confirmed the end of the controversial poster campaign and added that Orbán is ready to apologize to his fellow EPP members for describing them as “useful idiots.” Whether this will be enough to please Weber and assuage the fury of the other EPP parties, is yet to be determined.