Weber: “We Defend the EPP’s Values, That’s Why Fidesz Membership is Frozen” 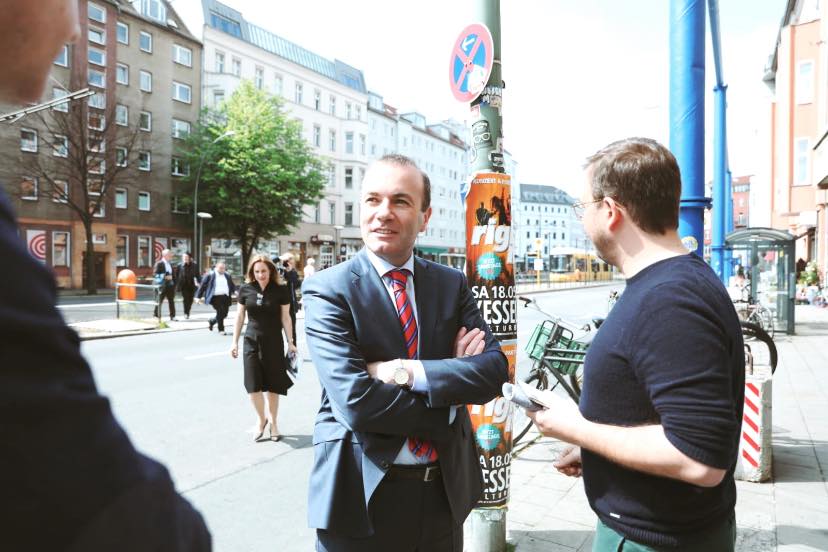 “The European People’s Party (EPP) is a party of values and we defend these values. That’s why we have frozen the membership of Fidesz, and that is still the case,” stated Chairman of the EPP Group Manfred Weber to Euronews in Brussels.

He added that “if there is no movement, no further development in Hungary, nothing will change.”

Euronews’ correspondent also asked Weber whether the party family would decide on Fidesz’s membership at its upcoming Zagreb meeting November 20-21, but he gave an evasive answer, saying that “we will be happy to meet again in Zagreb.” Perhaps due to the suspension, PM and Fidesz President Viktor Orbán is not included on the list of formal invitees of the congress.

Last week, ahead of the elections at a visit with his ally, former Italian PM Silvio Berlusconi, Orbán claimed regarding his party’s EPP membership that Fidesz “will decide that at a later date, once relations within the European People’s Party can be clearly seen,” adding that “a few more weeks will be needed for that.”

Euronews also notes that the EPP has come under criticism that although it suspended Fidesz, the party’s politicians still get EP jobs.