Our government has always been ready for compromise, but we will not concede our position on migration—said Judit Varga, the Minister of State for European Union Relations, in an interview with Hungary Today. She expects more tolerance from western countries towards Hungary, as well as the EU, in prioritizing not only unity but also diversity.

You called the Sargentini-report a witch-hunt in your Politico opinion piece which was put out before the vote. So, based on the EP results, has the Hungarian government failed to pass the EU’s trial by ordeal?

Not at all. The battle continues; we are just defending Hungary on a different frontline in the European Council. The main stakes of the EP’s vote were deciding who stands on which side of migration politics — and the campaign has begun. The current majority of pro-migration parties in the EP want to force Hungary to her knees through this vote in an attempt to coerce us into abandoning our stance.

A single article has its restrictions in magnitude. I found the charge of antisemitism most hurtful and unjust to our country. The Hungarian government holds a zero-tolerance policy towards anti-Semitism. Local and international Jewish organizations attest to the blossoming of Jewish culture in Hungary and their safety here—as opposed to other European countries. Even the Israeli prime minister himself praised Hungary’s efforts. As for the apparent anti-Roma racism, I confuted this accusation based on my personal experiences given that I worked alongside Lívia Járóka, the first Roma representative to the European Parliament. We launched the European Roma Strategy under the Hungarian EU Council presidency—the benefits of which are already visible today in Hungary and also serve as a template for other countries. The public-work programs started by the government largely contributed to the progress, many fellow Roma citizens being already employed.

Was it not merely easiest to refute these two questions?

No, but politically, these two were most sensitive. However, the Hungarian government has prepared a 108-page document accessible to everyone in which we precisely refute each accusation against us. The pro-migration parties prepared differently for the vote: they were not afraid to change the rules at the last minute to exclude the abstentions when determining the result, only considering the proportion of yes and no votes. They always preach on Rule of Law, but this action goes against its very principles.

Yet Richard Corbett, the British EP representative responsible for the Rules of Procedure reforms, stated that the votes were counted according to the original rules and no fraud occurred.

Corbett is a member of the Labor Party we view his words as opinion. As an expert in EU law, it is clear to me: given the specific nature of the vote, the abstentions should also have been counted. This way, the two-thirds majority would not have even been sustained. Our point of view is shared by many recognized European lawyers, for instance, Alexander Thiele, a professor at Göttingen University. We will defend our legal right in the Court of Justice of the EU as well. 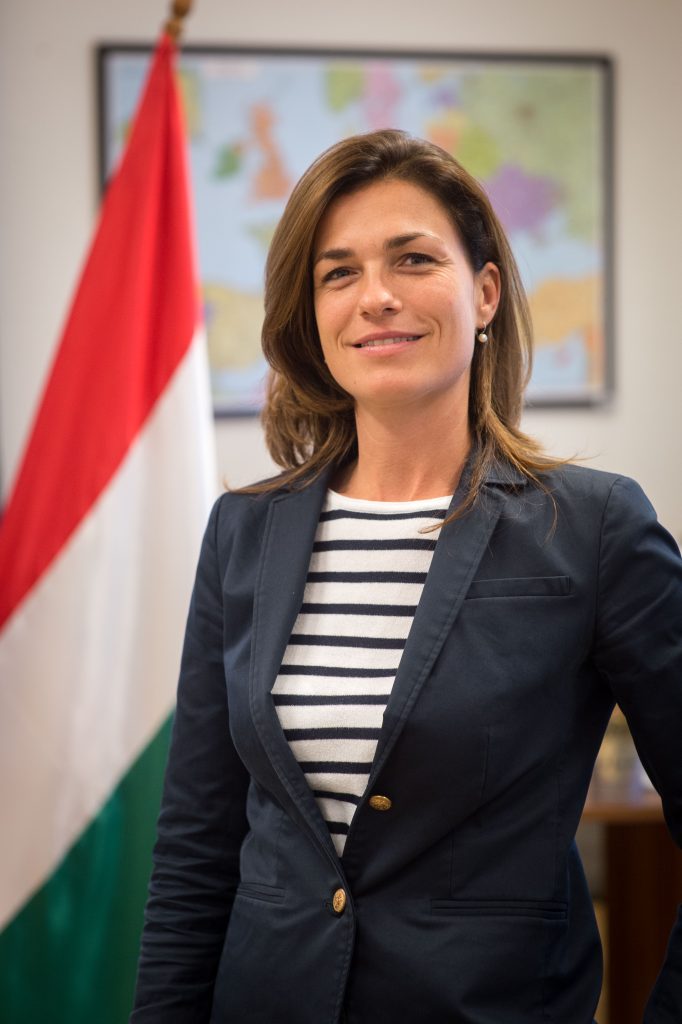 After the debates surrounding rule of law, many emphasized the government’s aptitude for compromise. Now though, Manfred Weber, leader of the European People’s Party Group, said the following: they voted yes because the cabinet showed no intentions of compromising. Why not?

Because the whole report was just an exercise in exerting influence. In order to form a so-called compromise, we would have to sacrifice such a principle that we are never willing to: our migration policy which is built on the will of Hungarian citizens. Hungarians do not want their homeland to become a country of illegal migrants, but this is what is expected in a compromise—which is impossible.

Why did you not attempt to compromise in any other mentioned areas?

Every other topic mentioned in the report is just a pretense to condemn Hungary. For years we have been demonstrating that we are ready for dialogue: we have made enormous compromises, we have repeatedly altered democratically created laws, even constitutional ones. Now they want to reopen already resolved issues in the name of a political concept. This is entirely against European values. Rule of law and democracy are amongst the basic EU principles. Despite this, while infringing on their own rule of procedure they are condemning the laws adopted by a democratically elected national assembly.

The Hungarian government associated accepting the Sargentini-report with the strengthening of the EU’s Frontex plan, and thus viewed it as a loss of sovereignty. However, in 2015-2016, it was Hungary insisting on it because countries such as Greece could not defend their own borders. Why was this standpoint changed?

It has not changed at all. In fact, we are quite pleased that everybody is finally—due to our incitement—talking about the defense of our external borders. The question is how border protection is interpreted. To us, it is stopping illegal migrants. To Brussels, it is managing migrants. Now a game has begun in Europe to put the control of border protection in the hands of central powers in Brussels. Their aim is that more migrants could come in. Thanks, but no thanks. The countries that have proven that they can defend their own borders should not be deprived of their right to do so and have to line up foreign mercenaries. Hungarian soldiers who have been sworn on the Fundamental Law of Hungary can take care of this job, heart and soul.

But the European Commission says it is not required – it will only implement Frontex where it is necessary.

I have had enough experience with European law-making process to know this: no matter what the original drafts look like, if we give this institution the opportunity, by the time it is passed as a law and applied, it will not resemble the original version in the least. Allowing these endeavors will most certainly end unfavourably, therefore it must be strongly opposed right from the outset. 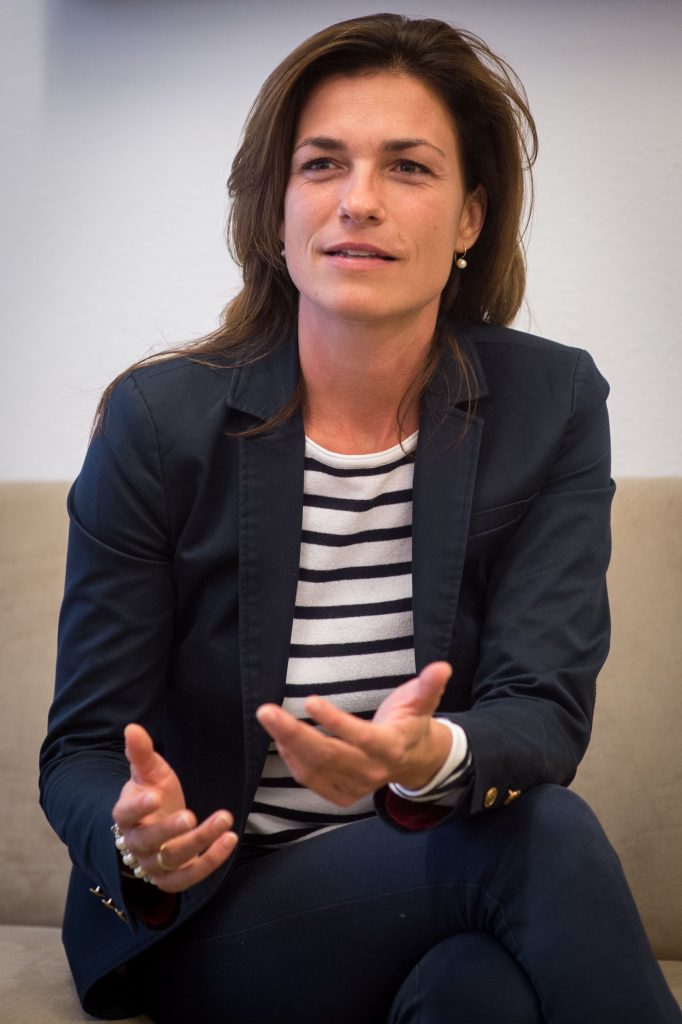 Based on the past few months, how would you characterize the relationship between Hungary and the EU?

We have different economic and ideological interests. Ideological debates and disgraceful procedures continue, as in Poland’s case, for months now. This proves that the western elite is not willing to accept that the economically successful and quickly progressing Central-Eastern-European region has learned the rules of the game and is now playing for their own interests—just as they have done up until now. We require more tolerance, more understanding and more compromise from western Member States. We are not criticizing their approach, but we expect this respect to be returned, and that they acknowledge we also have interests.

For years now, it seems only negative things can be heard about the European Union. Please, tell me three positive merits.

I do not believe that only negative comments can be heard. Let us not confuse our opinion on the EU and Europe itself with our criticisms of Brussels’ migration policy. Hungary and the Hungarian people are committed to the EU — this is why we are so worried about Europe. The leadership in Brussels is currently weakening and ruining Europe. Those who are trying to replace Europe’s population and culture, and are going against the vast opinion of Europeans, should not be speaking of European values. Moreover, the accusation that we are EU-sceptics is not true. We are EU realists; namely, we do not doubt the importance of integration – given that it is what brought a stable peace to the continent. Thanks to the EU and the four basic freedoms, citizens can freely travel, work, study and do business, there is an economic prosperity. The benefits of EU membership are felt in the daily lives of Hungarians.

The multicultural lifestyles of the west are often criticized by those in government positions. Is it essential to maintain EU membership? Is this Hungary’s cultural and political society?

The EU’s motto is “Unity in diversity.” If only the first part of this sentence is upheld, thereby forcing countries to sacrifice their national identities, Europe becomes a faceless mass. We joined a Christian Europe a thousand years ago and we would like to preserve this Europe and our Christian culture and identity. If the other half of Europe wants something else, we still expect them to accept this and not to put us on a wall of shame. When we signed up for this club, it was not written anywhere in the rules that we would have to give up our complete sovereignty and national identity. Our Europeanism cannot be doubted, made clear by our Fundamental Law’s national credo which reads: “We are proud that our people have over the centuries defended Europe in a series of struggles and enriched Europe’s common values with its talent and diligence. We believe that our national culture is a rich contribution to the diversity of European unity.”