From Australia to America, there is only one Hungarian bookstore left: the Canadian „Pannonia”. Its owner organizes and manages live radio broadcasts in Hungarian, helping the diaspora preserve their Hungarian roots. Zsolt Bede-Fazekas received an award this year from the Friends of Hungary Foundation. In addition, the Hungarian Scouts Association In Exteris and Christopher Ball, the honorary consul of Hungary in Connecticut, received recognition handed over by the Minister of Human Resources, Miklós Kásler, in Esztergom.

More than 200 members of the Friends of Hungary Foundation have met again this year to discuss how Hungarians living in the diaspora can maintain and pass on their culture to new generations. In his speech, Miklós Kásler, the Minister of Human Resources, emphasized:

Esztergom is an emblematic place in Hungarian history, where St. Stephen formed the Hungarian state and church, and offered his homeland to the Virgin Mary.

According to the minister, these Christian roots must be preserved because “we live in an age of history characterized by a loss of identity and traditional values.” 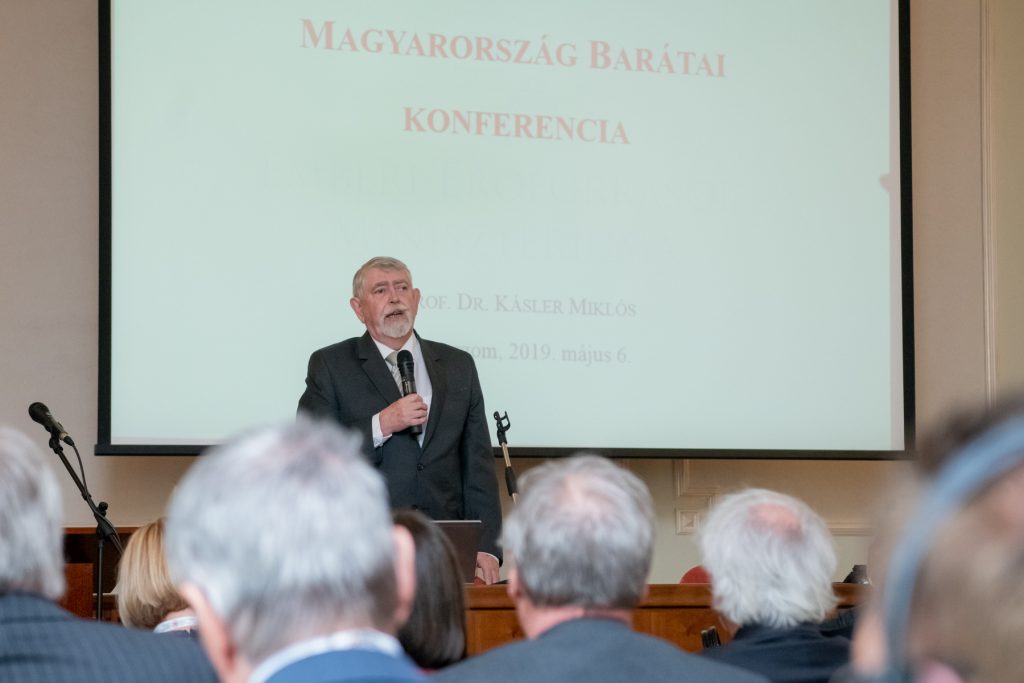 Miklós Kásler also spoke about the work of the ministry, highlighting family and youth policy: “This country has an entirely unique family support system, the government is determined to have more children born.” In health care, he pointed out prevention, healthy lifestyle education, and strengthening primary care as the most important tasks. 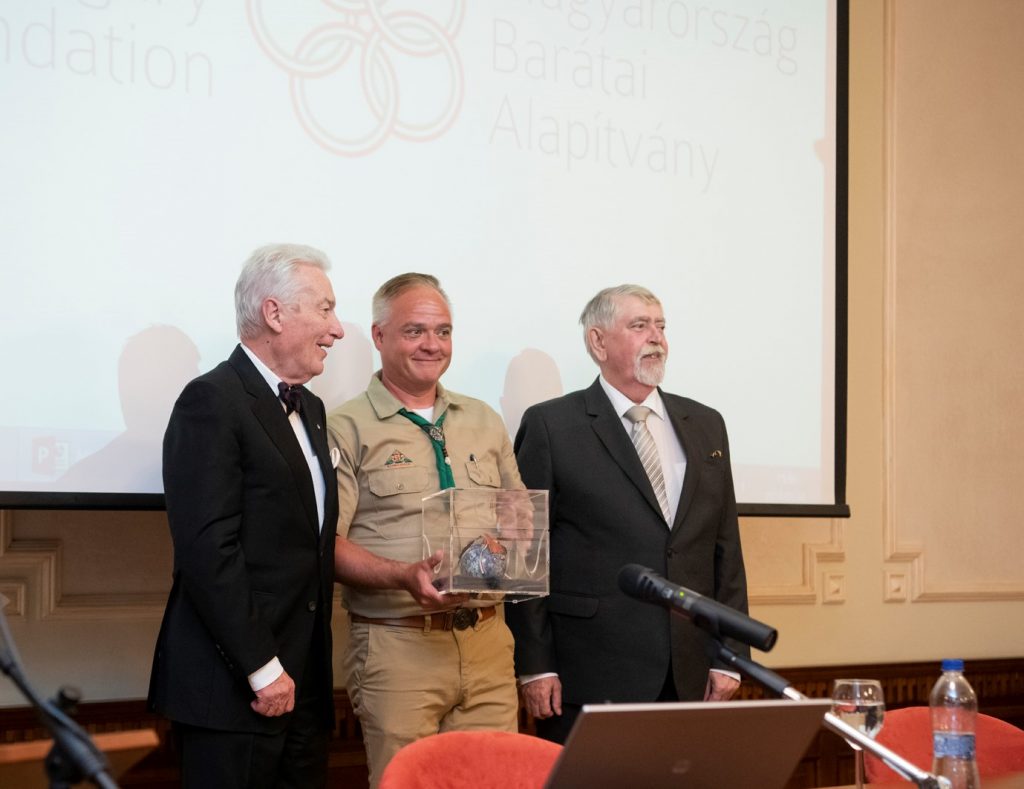 After the presentation, the Minister handed over the Friend of Hungary awards. For this recognition, members of the community can nominate candidates, individuals who have contributed to a more positive perception of Hungary in recent years.

We were deeply honored when we found out we received the prize because it’s the first to recognize not just our past work, but current as well, 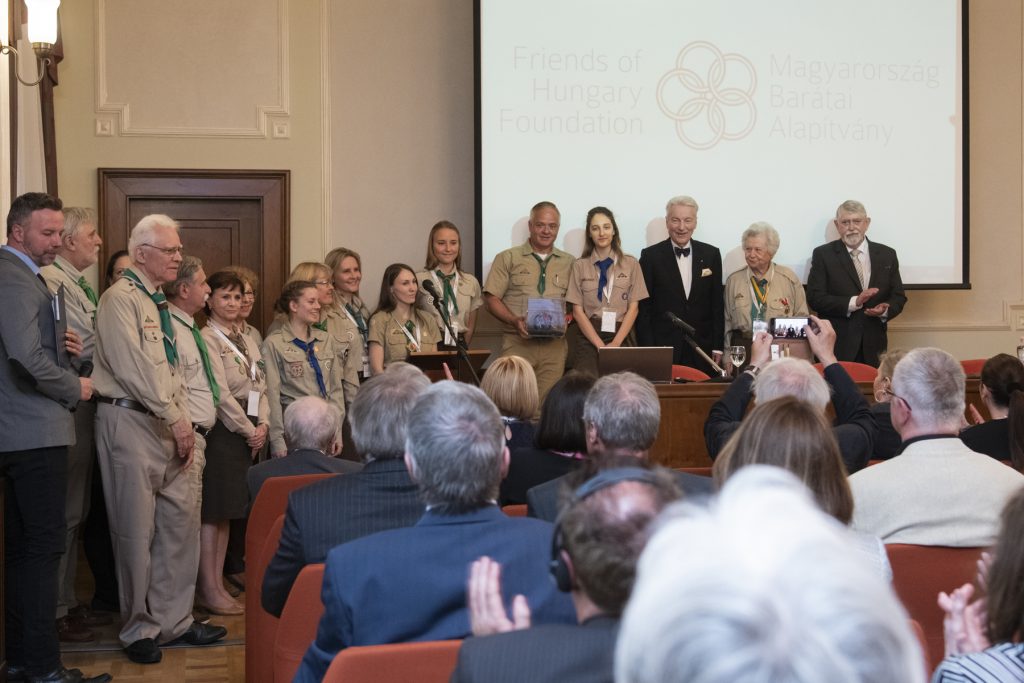 Christopher Ball, Honorary Consul of Hungary in Connecticut, Director of the Central European Institute at Quinnipiac University, and President of CEENET, a private organization promoting Scientific, Economic and Cultural Relations between the United States and Central Europe, was unable to attend the event in person, but offered his thanks for the award in a video message. He has been committed to Hungary ever since living in Budapest for years as the Program Director of the Atlantic Council in the 90s. He is extremely honored that the Friends of Hungary Foundation is counting him among the honorary ambassadors of Hungary, as he is working towards this very goal.

Zsolt Bede-Fazekas, editor-in-chief of the Toronto Independent Hungarian Radio, accepted a sculpture from István Madarassy for the spread of Hungarian culture. The former cultural director of the Hungarian Canadian Cultural Centre in Toronto operates the bookstore in Canada, which is the only one supplying Hungarians with Hungarian-language publications “from Australia to America”. Bede-Fazekas concluded his speech: “The award is important because it recognizes that we have always been friends of Hungary, we are and will always be.” 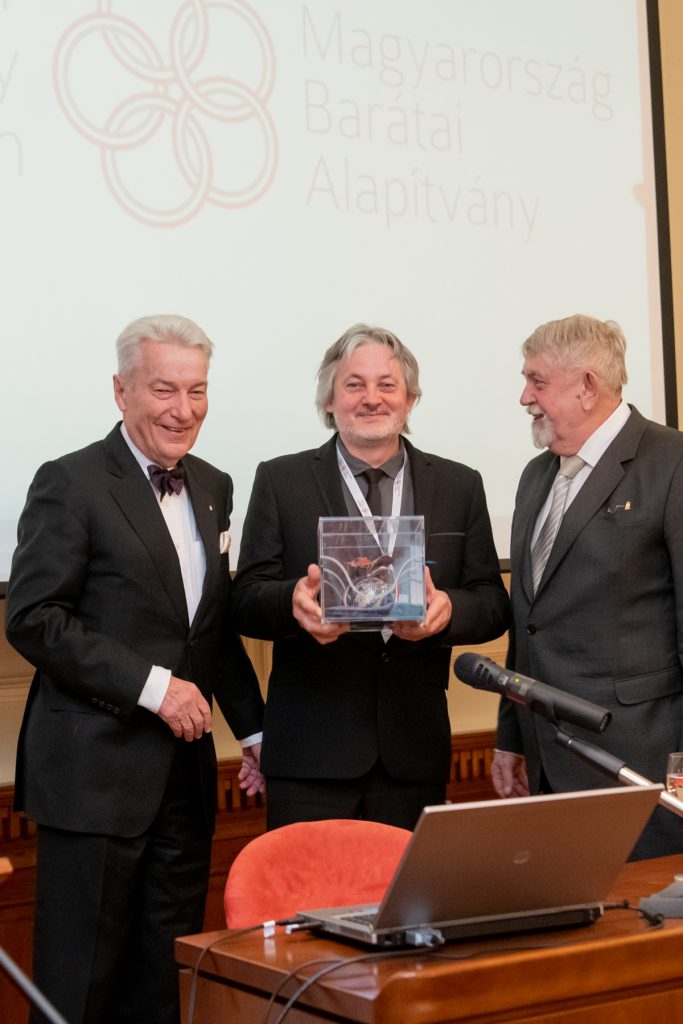 In addition to the prize winners, the community celebrated László Papp, the former president of the World Federation of Hungarians, on the occasion of his 90th birthday; he was head of the ’56 Memorial Committee, formerly president of the New York State Association Architects and regional director of the American Institute of Architects.

From Building a Revolution to Building a Memorial: An Interview with Hungarian-American Architect László Papp

After the awards were handed over, a workshop discussion began: taking advantage of the opportunity of the annual meeting, many shared what they had done for Hungary in the past and for the survival of foreign Hungarian communities; or what they think would be useful activities, and sought supporters to collaborate with. Through these conversations, those seeking to help Hungary could learn what to do: through good examples, they could get ideas on how to achieve success as well as encouragement and reinforcement for their volunteer work. 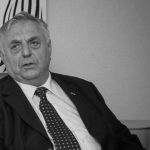