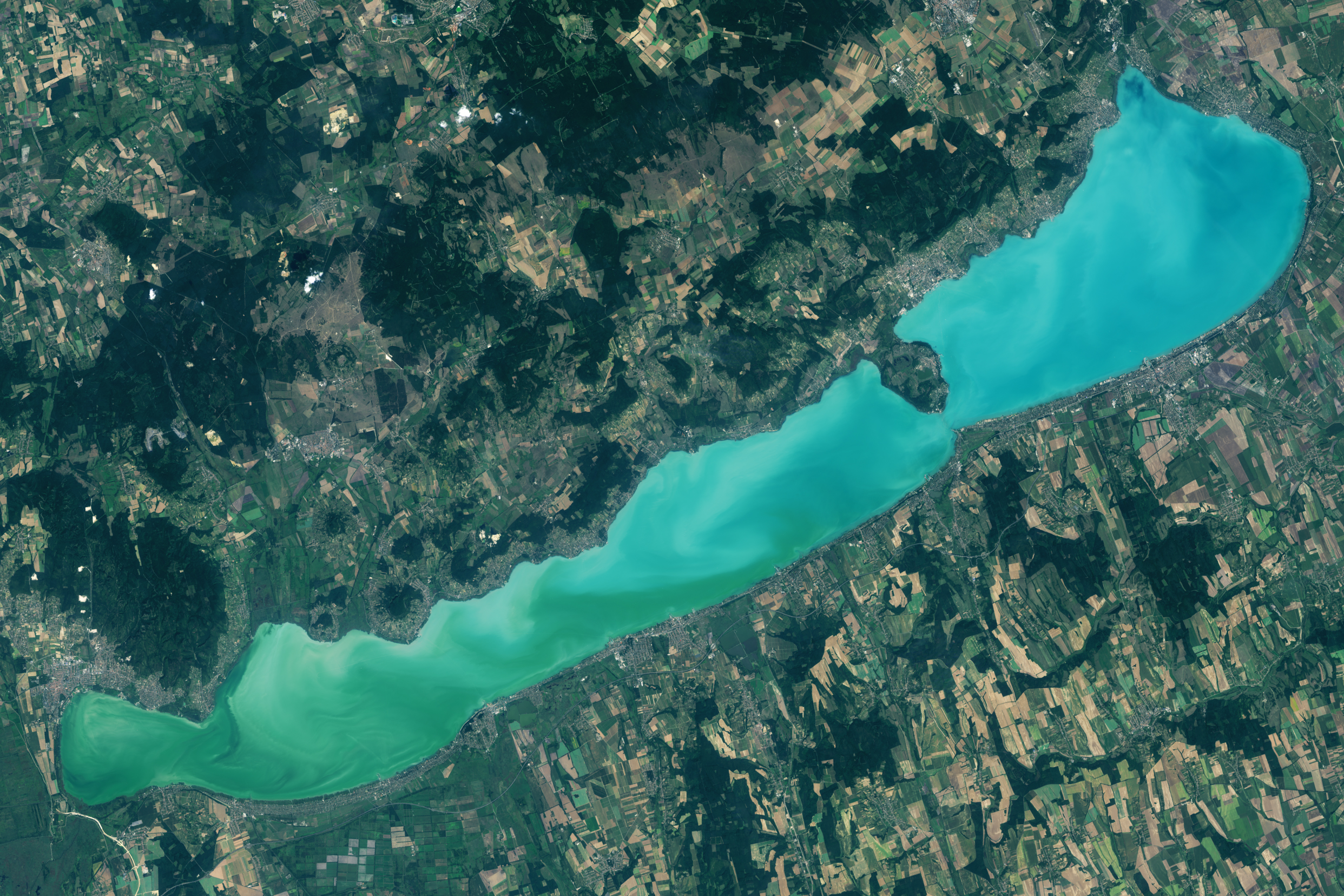 The water quality of Lake Balaton shows sustained improvements, a recent study by researchers at NASA and Stanford University found, based on the record of American Earth observation satellite Landsat.

Scientists from Stanford University and NASA recently decided to measure the blooming trends of algae globally, urvilag.hu reports. What they found was often discouraging, except for a few cases, among them Lake Balaton.

The American research team examined 71 lakes in 33 countries using the long satellite record from Landsat. They focused on summertime conditions in lakes with a surface area of at least 100 square kilometers, with different physical settings, latitudes, and levels of human impact. Then, using computers to analyze nearly 32,000 images spread across 28 years, they tried to detect strong near-infrared signals.

Inspecting the phenomena is important because algal blooms can have a negative effect on drinking water supplies, agriculture, fishing, and tourism.

One of the reasons for this is nutrient overloading through fertilizers being washed into the water, as phosphorous and nitrogen can lead to the growth of massive colonies of algae. As they are depleting oxygen in the water, they can be harmful and toxic to marine life and humans as well.

The end result of the study seems rather surprising. Scientists found that only six out of the 71 studied lakes showed sustained improvements. Lake Balaton is among those six.

According to the research team, the improvement is likely due to the local governments’ efforts which have put a lot of energy into a water management plan to reduce nutrient pollution. Another major contributing factor might be that the water temperature of the Balaton experienced little to no warming over time.