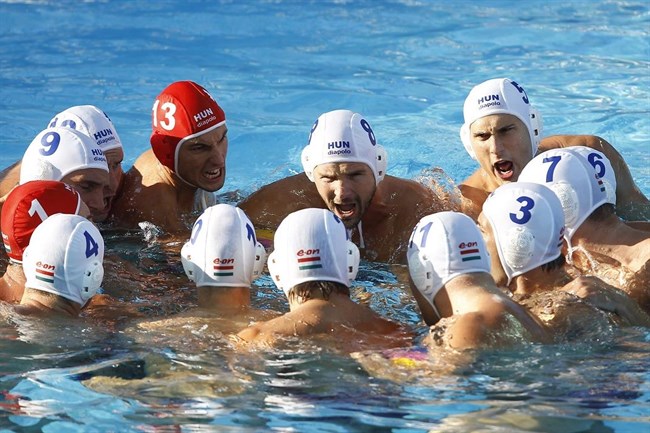 Defending water polo world champions Hungary have given Kazakhstan a 14-5 hammering on the first day of the 2015 FINA World Aquatics Championships in Kazan, Russia, in what had been described as the country’s most difficult match in the group.

Hungary’s male water polo team landed four goals in the Kazakh net in the first eight minutes of the game and another three in the next eight minutes – the team couldn’t have taken the match more seriously, but the Central Asians managed to somewhat embellish their score after 11-0 as the sun began to hit the Hungarians’ eyes, resulting in the final result of 14-5 yesterday afternoon.

“I’m 100 per cent happy, this is how a team has to play at a World Championship opening. Despite having an easy group, we take our matches seriously. We have our adrenaline pumping as much as possible, but the second week will be incomparably harder. The next two matches will be less useful than this one – the sun hit us in the eyes and the better position we achieve, the later we play”, Hungary coach Tibor Benedek said, commenting on the win.

The team, coached by Tibor Benedek, will meet South Africa on Wednesday and Argentina on Friday. The 2015 FINA World Championships, held between 24 July and 9 August, feature 16 national teams and Hungary has been expected to have an easy ride competing against Kazakhstan, South Africa and Argentina.