Slowly But Surely: Wages in Hungary Continue To Rise

The average gross wage in Hungary rose by a sharp 6.7% to 257,452 forints, or 839 euros, in December from the same month a year earlier because of  bigger year-end bonuses, data released by the Central Statistical Office (KSH) showed. Net earnings rose at the same pace to 168,630 forints. 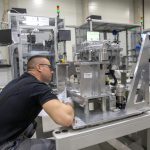