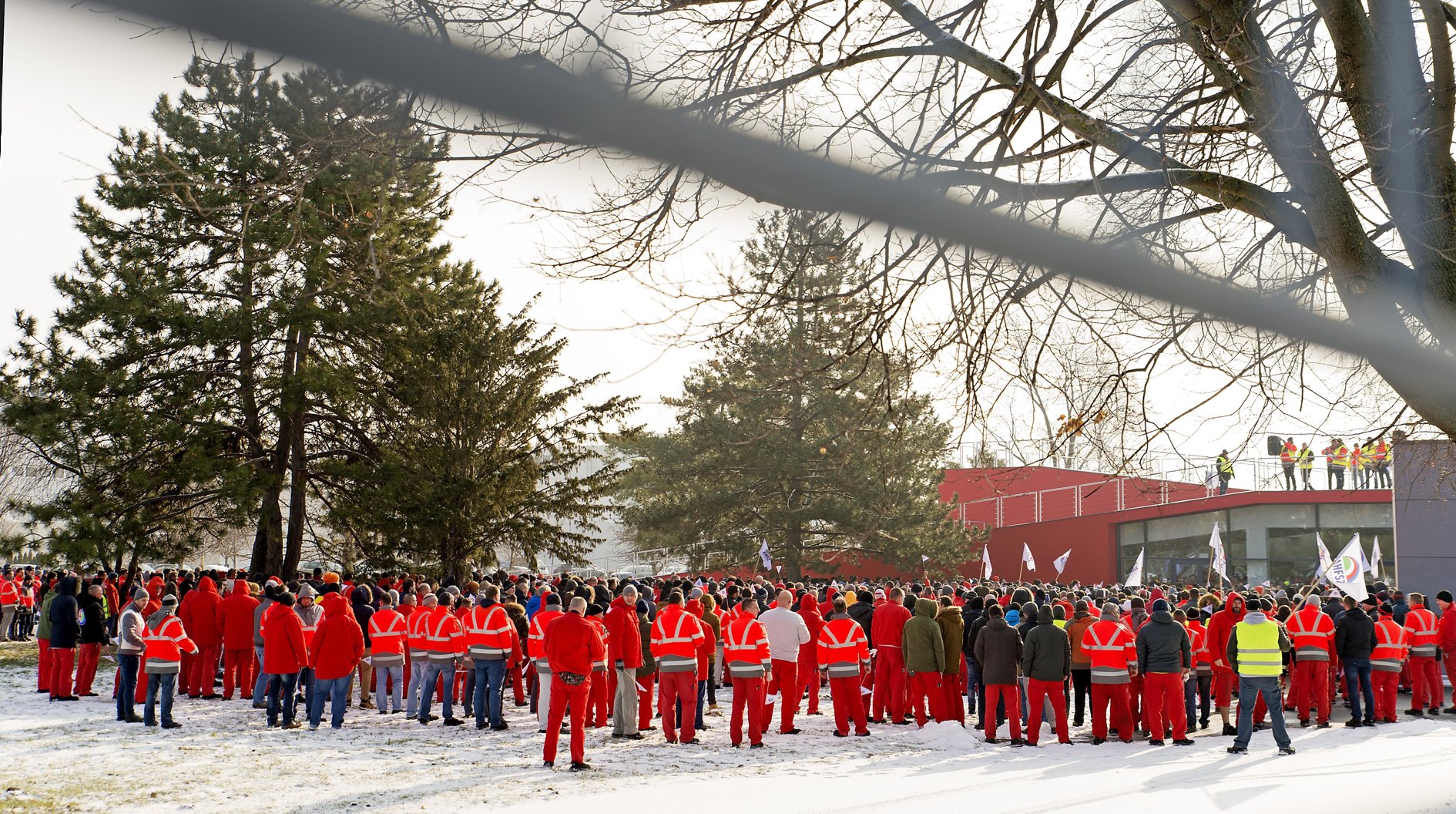 Wage negotiations are ongoing between Audi Hungaria and the independent trade union AHFSZ despite a week-long strike that started at 6 am on Thursday, the company’s communications department said.

The management’s aim is to find a wage agreement acceptable to both sides as soon as possible, the statement added.

The trade union said on Wednesday afternoon that a strike would be announced affecting the entire area of Audi’s plant in Győr, in north-west Hungary, from 6am on Jan. 24 to 6am on Jan. 31.

AHFSZ deputy head György Csalogány said on Thursday morning that engine and vehicle production at the base in Győr were “practically 100 percent shut down”.

The strike committee was set up on Jan. 14 and a two-hour warning strike was held with the participation of over 4,000 employees on Jan. 18.

Management last proposed a wage increase on a scale “nearly the same” as an earlier offer to raise wages 20 percent over two years, union leaders said.