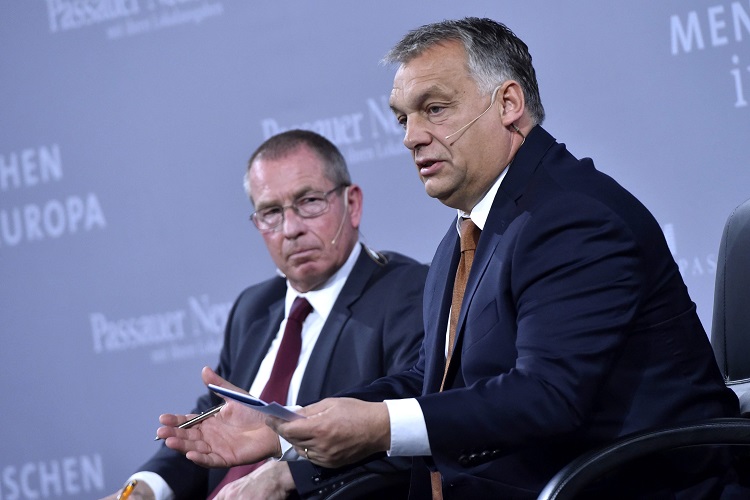 Instead of devising ambitious new plans, Europe should preserve its existing achievements, the Hungarian Prime Minister said at a podium discussion on Euroscepticism organised by the daily Passauer Neue Presse in Passau. 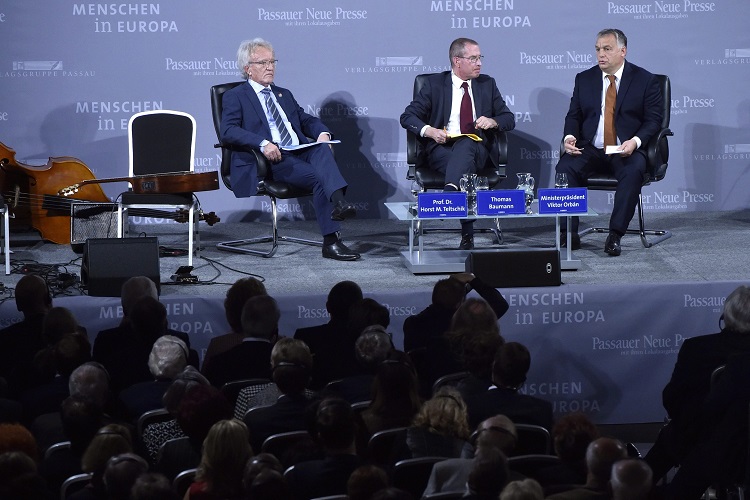 Viktor Orbán mentioned former German chancellor Helmut Kohl’s dream of German reunification, the Schengen system and the free movement of labour as examples of the achievements the continent must preserve. “Europe’s success is important to Hungary because we Hungarians protected Europe’s eastern borders for centuries,” Orbán said. “We shed a lot of blood for the continent.” But Hungary also knew that the communists could only be overthrown and the Soviets could only be driven out if there was a united European will to do so, he said. “In other words, Hungarian freedom and independence and Europe’s reunification are the same story,” the prime minister said.

As regards migration, Orbán said there was a draft asylum reform before the European Union that would introduce a permanent migrant distribution scheme with no upper limit. The reason why Hungary had not agreed to taking in 1,200 migrants before was because it knew that this was a “Trojan horse” and “if we allowed someone else to determine who can live in Hungary once, we could not have taken back this right at a later point,” Orbán said. No country can be forced to take in new people groups if its citizens are opposed to it, Viktor Orbán said in Passau, adding that it must be accepted that Hungarians do not want to take in peoples who are different from them. 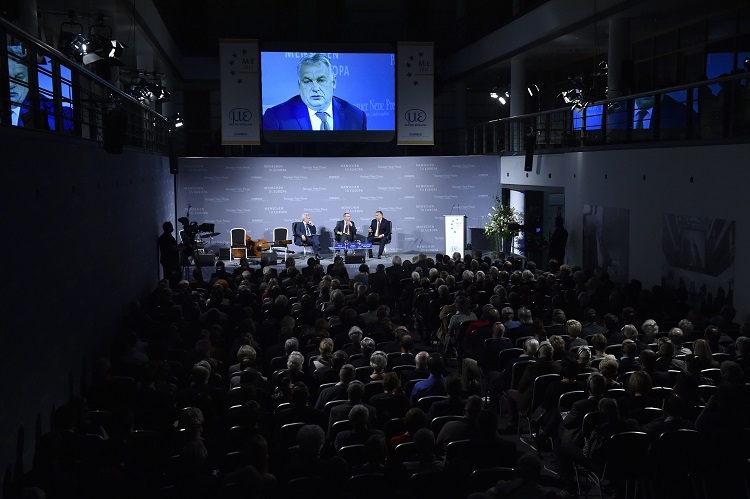 The Prime Minister said it was his job to enforce the will of the Hungarian people, arguing that this was the essence of democracy. He said that tens of millions of people were expected to leave their homelands in the future. “The question is how we view this process,” he said. “Do we surrender ourselves to it or do we want to stop it?” He said that with the exception of Europe, every region gave the same answer to this question. While the United States, Australia, China, Russia and the Persian Gulf countries all maintain strict controls on their borders, “Europe opens up its borders,” Orbán insisted.

Every European country has the right to decide how it wants to face this challenge and Hungarians say they want to protect their borders, he said. He said Hungary would not accept any legal regulation that seeks to derive Hungary of its sovereign right to decide who can live in the country.

Asked about the activities of US financier George Soros, he said that the billionaire is associated with a “huge international network of civil groups”. “And while we were fighting to protect the border, these organisations attacked soldiers and aided the illegal migrants. They helped them cross the border illegally,” he said. “All of this is unacceptable,” Orbán insisted.

Speaking about the Visegrad Group, the prime minister said that the alliance comprising Poland, the Czech Republic, Slovakia and Hungary “isn’t a problem but an asset for the EU which contributes greatly to its success”. The V4 “are doing very well, thank you”, he said. The group consists of four successful European countries cooperating closely, Orbán added. Had they been admitted to the EU “in time”, at the end of the 1990s instead of 2004, the global economic crisis would have taken a very different course, he insisted. 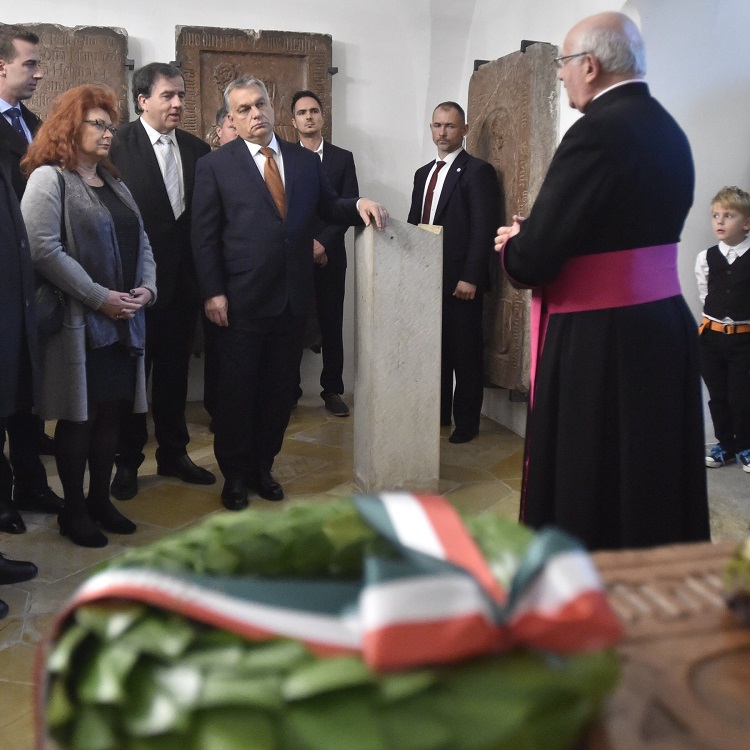 During his visit to Bavaria, the Hungarian Prime Minsiter visited the tomb of Gisela of Hungary, the country’s first queen consort, in the Kloster Niedernburg. In a speech by the tomb, he said that “Hungary and Germany are natural allies and should remain as such in the future, too.” Viktor Orbán said that since “Hungarian history is clouded, anything we know about it is especially valuable”. One such fact is that King St. Stephen of Hungary chose a wife from Bavaria, Orbán said.

Back then, St. Stephen did not know “how big a help this would be for us”, Orbán said. “Because now when we have to respond to the malicious criticisms that doubt our commitment to European values, it is enough for us to point to Gisela and all criticisms are silenced,” he added. After the death of Hungary’s first king, the country descended into a dark period of civil war and it was doubtful whether Hungary could stay committed to Christianity, Orbán said. But the legacy of Gisela and St. Stephen was so strong, their prestige so high, that Hungary managed to consolidate the situation, he said.