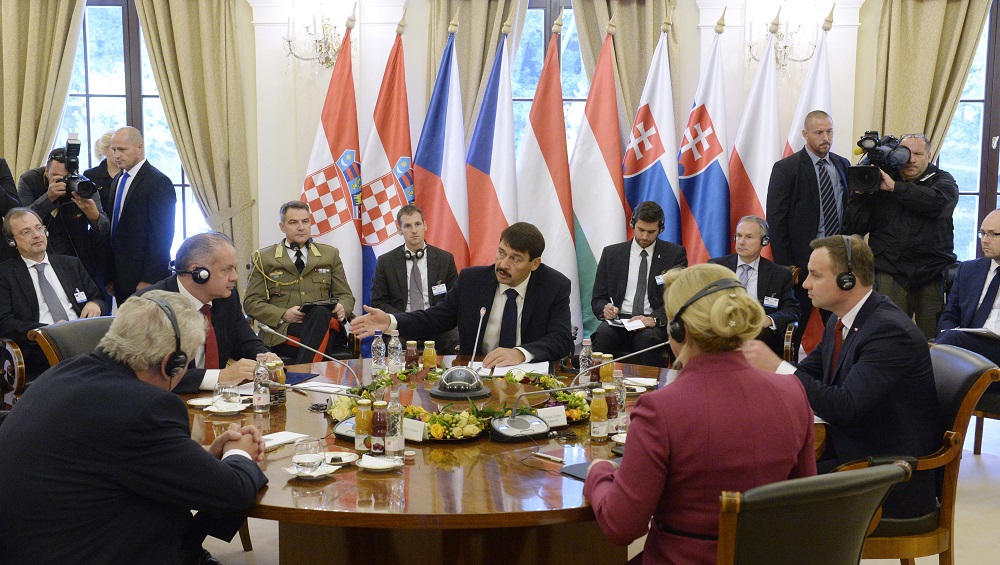 Heads of states of the Visegrad Group (V4) and Croatia are holding a two-day summit in the town of Balatonfüred in Hungary. The main topics of the talks are the immigration crisis, the climate-change and the situation in Western Balkans, news portal origo.hu reported.

According to the press release of the Hungarian President’s Office, it was János Áder who invited the leaders of the Czech Republic, Poland, Slovakia for talks on the most relevant political issues going on not only in Central Europe but also in the world. The V4 leaders meet each other first with Kolinda Grabar-Kitarovic joining them later. Poland’s president, Andrzej Duda said in an exclusive interview to news agency MTI ahead of the summit that “it was a bad thing” that the Visegrad Group did not vote as a bloc on the issue of migration.

She has publicly expressed discontent with her country’s recent foreign policy and said the current Socialist government of Croatia had failed to notice not just the challenges it faces but also the opportunities that lie in the EU and European cooperation. As for Hungary’s fence on its border with Serbia and Croatia, she said Hungary has a right to decide how it wants to protect its borders and security.