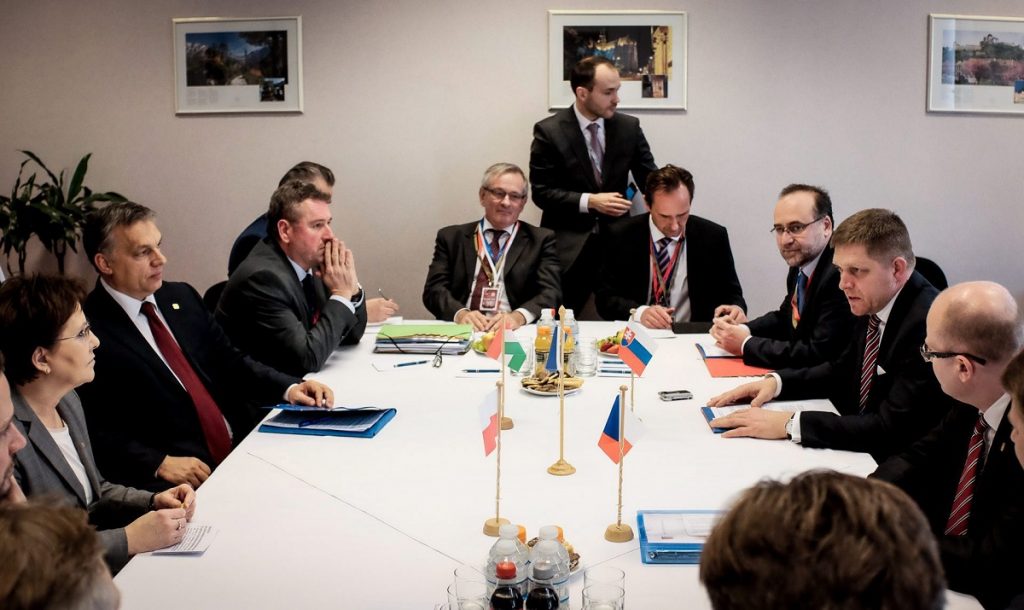 The package of measures accepted in Minsk on Thursday was the main topic of the latest of the meetings of Visegrad Group prime ministers which regularly precede EU summits. The meeting between Hungarian Prime Minister Viktor Orbán, his Slovakian counterpart Robert Fico, Polish Prime Minister Ewa Kopacz and Prime Minister of the Czech Republic Bohuslav Sobotka was held in an optimistic atmosphere, adding that, according to the V4 Prime Ministers,the agreement is definitely good news for Central Europe. They hope that its contents of will also be implemented in practice.

Arriving at an unofficial summit of EU prime ministers, Hungarian PM Viktor Orbán said that there is a good chance of directing events towards a reasonable solution in Ukraine.  According to the Prime Minister, early signs suggest that there is a good chance of events “changing from the wrong path to the right one.” He added that “Today is a better day than yesterday.”

Viktor Orbán said that the European Council will listen to a report from German chancellor Angela Merkel and French president Francois Hollande about developments in Minsk, and Ukrainian president Petro Poroshenko will also join the meeting. The Prime Minister also announced that he will visit Kiev on Friday. He emphasised that the German Chancellor and the French President must be thanked for their diplomatic efforts and fruitful negotiations. Also on the agenda at the EU summit will be the future of economic and monetary union (including the situation of Greece), and the fight against terrorism.

On Thursday the members of the contact group involved in solving the crisis in south-east Ukraine signed a package of measures on implementation of agreements made in September; the document includes provisions on compliance with the ceasefire agreement, on the withdrawal of heavy artillery, on the exchange of all hostages and on Ukraine re-establishing border controls over the entire section of border between Russia and Ukraine.