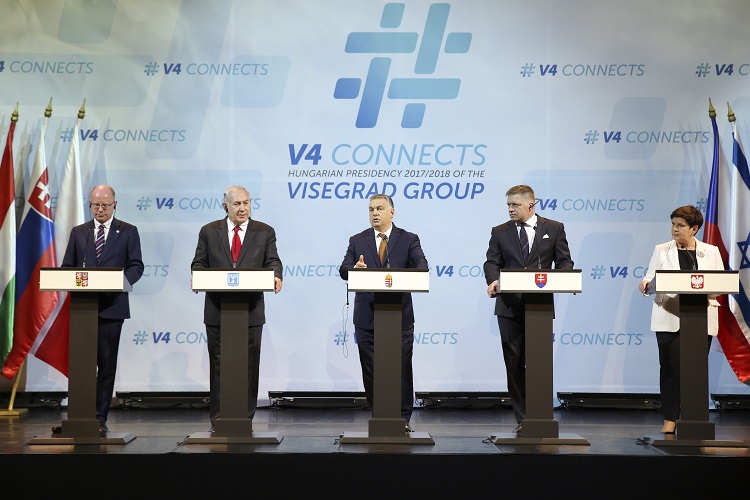 At the initiative of Israeli Prime Minister Benjamin Netanyahu, a joint working group on fighting terrorism will be set up with the Visegrad Group (V4), Hungary’s Premier said after a meeting of the V4 and the Israeli PM in Budapest on Wednesday. 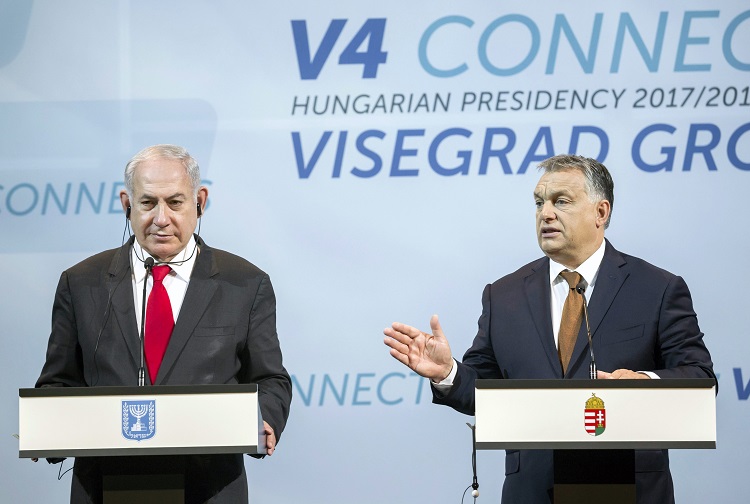 Viktor Orbán urged ties between Israel and the European Union to be put on a rational footing, and instead of condemnation, the door should be opened to cooperation, he added. “The EU would punish itself if it did not cooperate with Israel”, he said.

The Visegrad countries will propose to the EU that Israel’s efforts to increase stability in the Middle East should be appreciated, Orbán said, arguing that stability in that region would protect Europe from “further and further invasions by migrants”. The V4 countries share Israel’s position on the importance of protecting external borders, Orbán said, adding that the unimpeded influx of people would increase the risk of terrorism.

V4 leaders were also in agreement that the European agencies leaving London should relocate to Visegrad countries, Viktor Orbán said. He also said the V4 leaders had asked him to discuss guidelines for employees of foreign missions with France. Also, a joint working group will be set up to advance technological cooperation, the Hungarian Premier said.

Benjamin Netanyahu said cooperation with Israel in the fight against terrorism and in the field of innovation served the interests of Europe and the Visegrad countries. He also said the time had come to reformulate relations between Israel and the EU. The Israeli PM expressed appreciation for the standpoint of the V4 in relation to ties with Israel, adding that Israel had been on the receiving end of regular condemnation from Europe.

“Israel is the only democracy in the Middle East,” he said, adding that the country was the only one where Christians lived in safety. “Israel is the bastion of European and Western values in the region,” he added. Netanyahu called it a great honour to have been the first Israeli prime minister invited to a V4 summit, and he noted his invitation to his V4 counterparts to hold the next V4 summit in Israel. 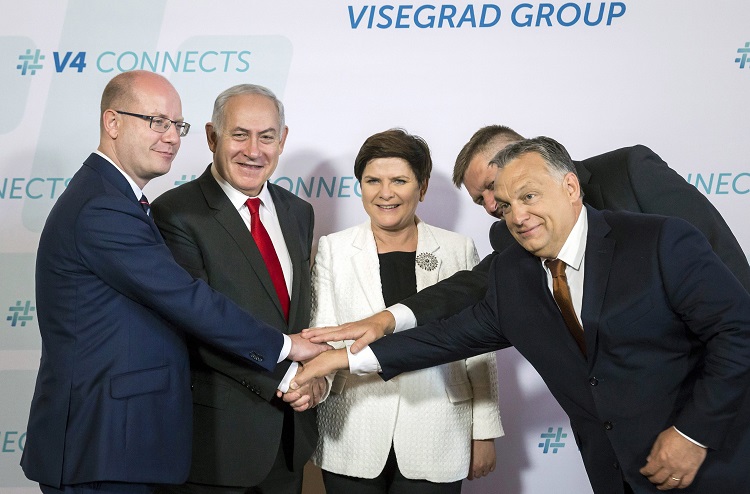 Speaking after talks with his V4 counterparts and Israeli Prime Minister Benjamin Netanyahu in Budapest on Wednesday, Fico said that V4 people felt like “second-rate citizens” due to the “dual quality” of products, which he said contributed to growing mistrust of the EU.

Bohuslav Sobotka, the Czech premier, said that rules should be changed at the European level. “We do not companies supplying different quality to each member state,” he said, adding that his counterparts shared his position. Polish PM Beata Szydło said that the V4 would also enter into negotiations concerning employees on foreign missions, and that the group had also written a letter to the Italian prime minister on the subject of the migrant crisis in the Mediterranean.

The Visegrad Group has sent a letter to Italy’s prime minister assuring him of the V4’s support in connection with the migration crisis. The letter to Paolo Gentiloni released on the V4 website notes that the V4 prime ministers are ready to contribute to European and Italian efforts to stop irregular migration flows to Europe and Italy from Libya and the other countries of north Africa with all means at their disposal.

The PMs wrote that it is the conviction of the V4 that the root causes of migration must be addressed and policies must reflect that the vast majority of arrivals in the migration wave are economic migrants. “We believe that real asylum seekers must be identified before they enter the European Union [and] the external borders must be protected,” the letter signed by Viktor Orbán, Robert Fico, Bohuslav Sobotka and Beata Szydło said. 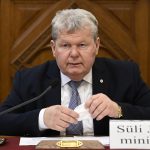