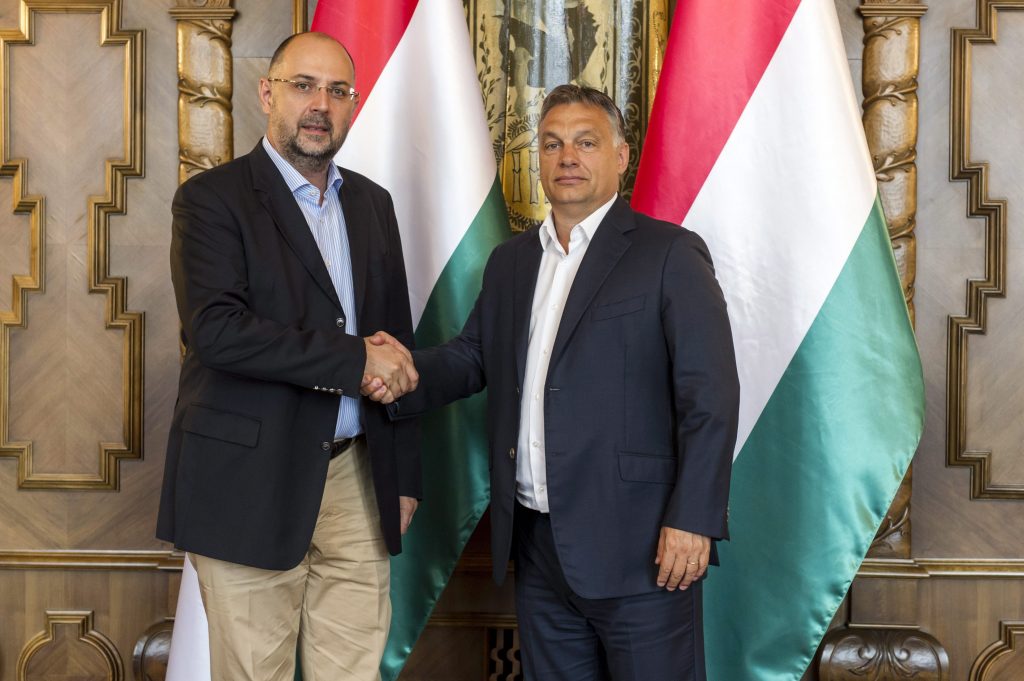 Prime Minister Viktor Orbán met with RMDSZ president Hunor Kelemen, where he, among others, wished him good luck at the Romanian presidential elections, said Bertalan Havasi, the Prime Minister’s Chief of Staff. The meeting took place in Budapest, where Orbán and RMDSZ (Democratic Union of Hungarians in Romania, Romániai Magyar Demokrata Szövetség) president discussed other current political issues as well.

Viktor Orbán also spoke about his hope of a strengthening Hungarian community in Romanian politics, where Hungarian-Romanian relations can be based on more reasonable foundations. According to Havasi, at the Thursday parliament meeting Orbán and Kelemen discussed current political issues, although the spokesperson did not specify what issues.

Hunor Kelemen born in 1967, Karcfalva (Cârţa), is a writer, politician, and currently the president of RMDSZ. He has been a member of the Romanian Chamber of Deputies since 2000, and was nominated as his party’s candidate for the 2009 presidential election. He also served in the government between December 2009 to May 2012, when he was Romania’s Minister of Culture in the Emil Boc and Mihai Răzvan Ungureanu governments. He once again accepted this post in March 2014 in the government headed by Victor Ponta. (MTI)