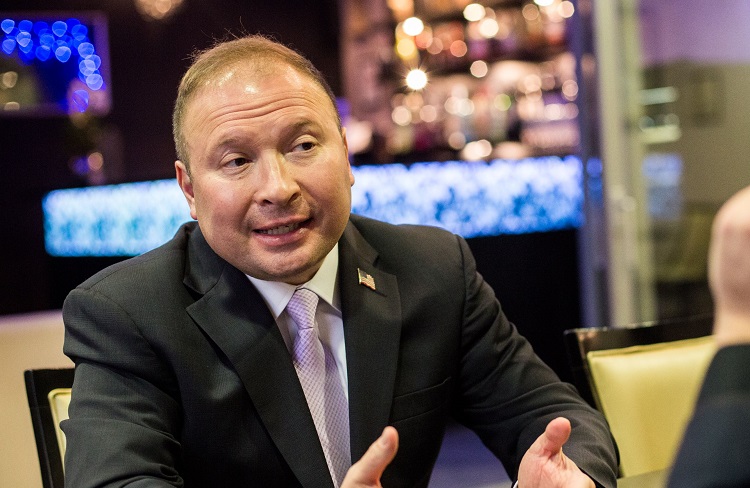 “In our view Viktor Orbán is a great leader, one of the best in the world today, someone who stands on the basis of common sense”, Jeffrey D. Gordon, US President-elect Donald Trump’s foreign and security policy adviser, said in an interview with Hungarian news portal mandiner.hu. Gordon has confirmed that the Hungarian Prime Minister has been invited by Donald Trump for a visit to Washington DC.

Jeffrey D. Gordon, who can speak a few words even in Hungarian, said this is the sixth time he pays a visit to Hungary and the third time he was invited by the József Antal Knowledge Center. Despite he has now much less time than he would have if Trump was not to become President, Gordon decided not to cancel his Hungarian visit. Commenting on speculations about him as future deputy secretary of state, he said his boss in the campaign was Senator Jeff Sessions, but he is the main candidate now for being appointed Attorney General. “This is not my field of expertise, I’m rather good at foreign and security affairs”, he noted,  adding that his future role, however, is yet to be seen.

According to Pentagon’s former spokesman, who joined Trump’s team in February after his former boss Mike Huckabee was pulled out of US presidential race, the new President will bring fresh air to world politics. It is very much needed after the “disastrous” management of the migrant crisis in Europe and the “failure” of the American democracy export to the third world, Gordon told mandiner.hu. He also said that back in July one of his friends sent him the Hungarian Premier’s first remarks about Trump and it was a “really good feeling” to read those words. “I can honestly say: Mr Trump’s team deeply admires and respects Viktor Orbán. Donald Trump also knew his remarks, and last week they finally had a phone conversation.” Referring to US-Hungary relations, Gordon said that unlike the previous administration they will have no problem with the fact that the Hungarian Prime Minister “always puts Hungary’s interest first.” “As for us, we’re gonna make America great again. It also means we’re gonna make the America-Hungary relation great again”, Gordon said.