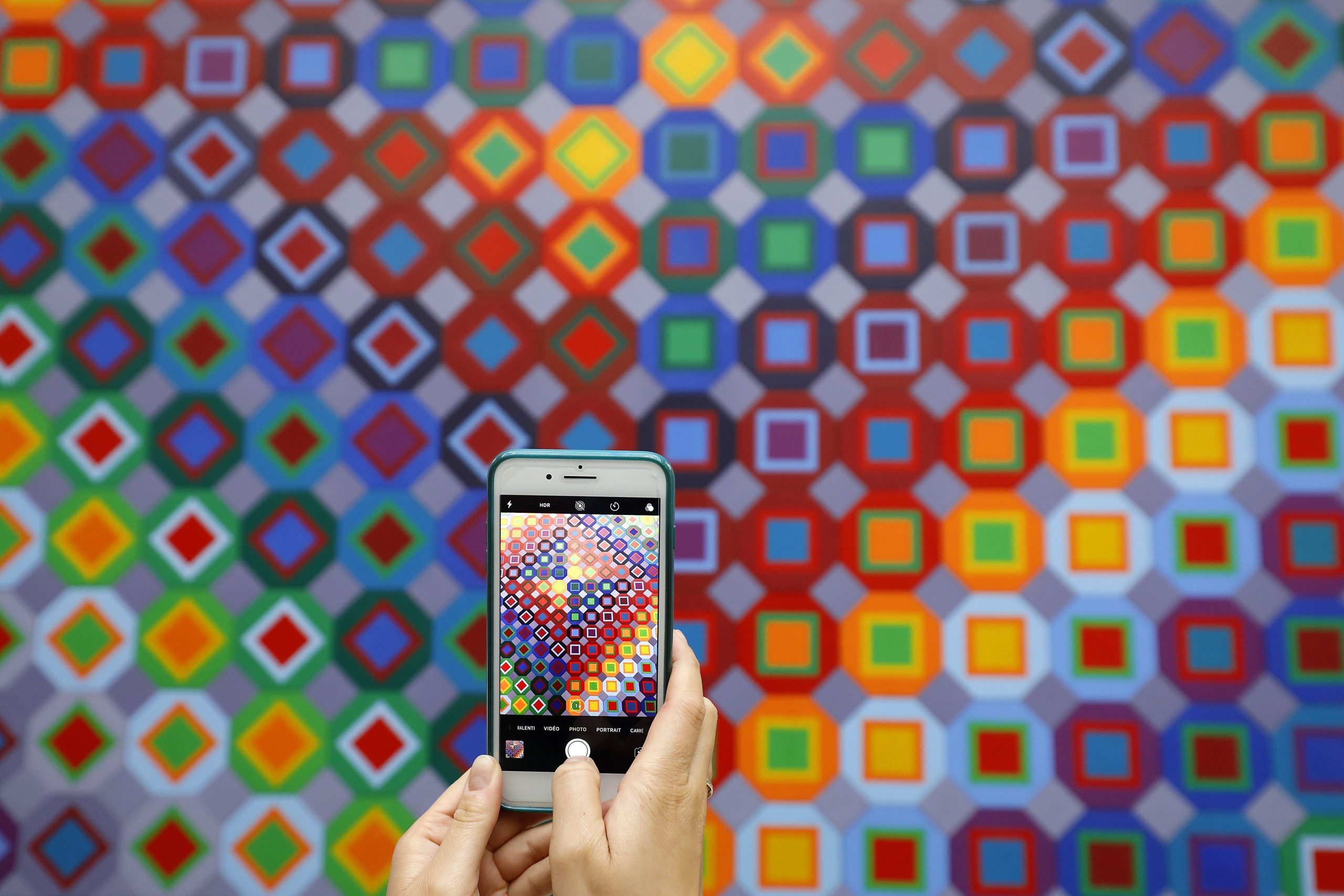 Victor Vasarely was born in Pécs but became world famous in Paris. His grandson Pierre, who runs the Vasarely Foundation, was recently interviewed by 24.hu, and with the help of a journalist, has also written a book about his grandfather.

“I remember almost exclusively that [the swearing]. Okay, I can remember ‘bull’s blood from Eger,’ ‘sausage,’ ‘spicy,’ ‘strong,’ but I can always list the swear words that were usually uttered while playing chess,” Pierre Vasarely fondly reminisced.

He talked about Vasarely as a grandfather as well, not just as an artist: “My grandfather certainly had an authoritative charisma. When he entered a room full of people, everyone could sense that an important person had arrived. In everyday life, however, he did not have that effect at all.”

He lived a very simple life, dressed casually, did not buy piles of Ferraris, Porsches, or big apartments in New York, Los Angeles or Paris. His lifestyle retained much of his youth in Hungary.”

He also recalled memories of his grandmother:

Every night my grandmother Klára, whom the family called Bonzi, prepared simple dinners for him: sausages, stews, goulash, lecsó. In addition to the food, they spoke Hungarian every day. This was the Vasarely I knew.”

Pierre also talked about how dedicated Vasarely was:

My grandfather’s life revolved around work. For him there were no weekends or days off, he worked all the time.”

He said that he “was their only grandson, so we had a special relationship, closer than he had with my father.”

According to his grandson, the artist was a fantastic chess player, so Pierre never won when playing against him. “In the book, we also write about the time in 1921, when chess grandmaster Alexander Alekhine was in Budapest on a transit trip, he played a six-square simultaneous game. The teenager Vasarely played with him and drew,” Pierre explained. “He continued to play chess every day, solving the chess problem in the newspaper if he did not have a partner. Sometimes he could not sleep at night until he found the solution.” 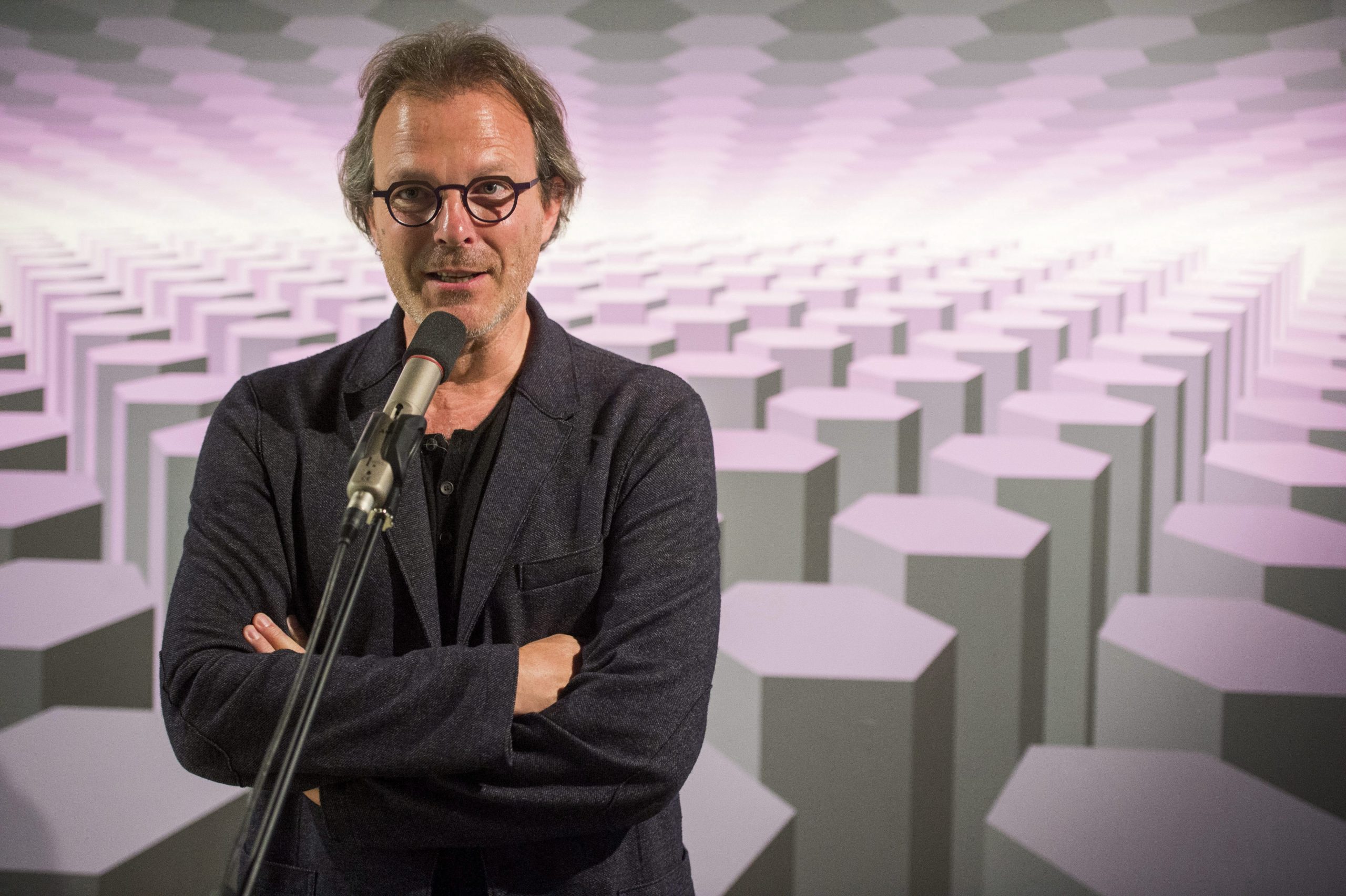 Pierre Vasarely speaks at the opening of the exhibition “In Vasarely’s Footsteps – Yvaral” at the Modern Hungarian Gallery in Pécs on May 22, 2015. Photo by Tamás Sóki/MTI

“Sources of inspiration can be identified, which explains how Vasarely was able to create such progressive works for six decades, all without the use of a computer,” Pierre said. However, “in the 1950s and 1960s, he began to use terms such as ‘programming’ and to read books on computer science that were only used in universities and in the US military at the time.”

Vasarely wanted to work with computer science, and even wrote about it in 1970, as he “knew that something very important was changing in this area, he just did not know exactly what it was.” Eventually, it turned out that he never worked with a computer.

He was determined to bring art to a wide section of society,”

Pierre said. “This idea, of course, did not come from his own head, as his master, Sándor Bortnyik, also thought the same.” Pierre elaborated: “His basic aim was to make art not only a privilege of the bourgeoisie but also to make it present in urban spaces, to reach out to those who do not have the opportunity to visit galleries and museums. The place of art is not in elegant exhibition spaces but at the center of life.” 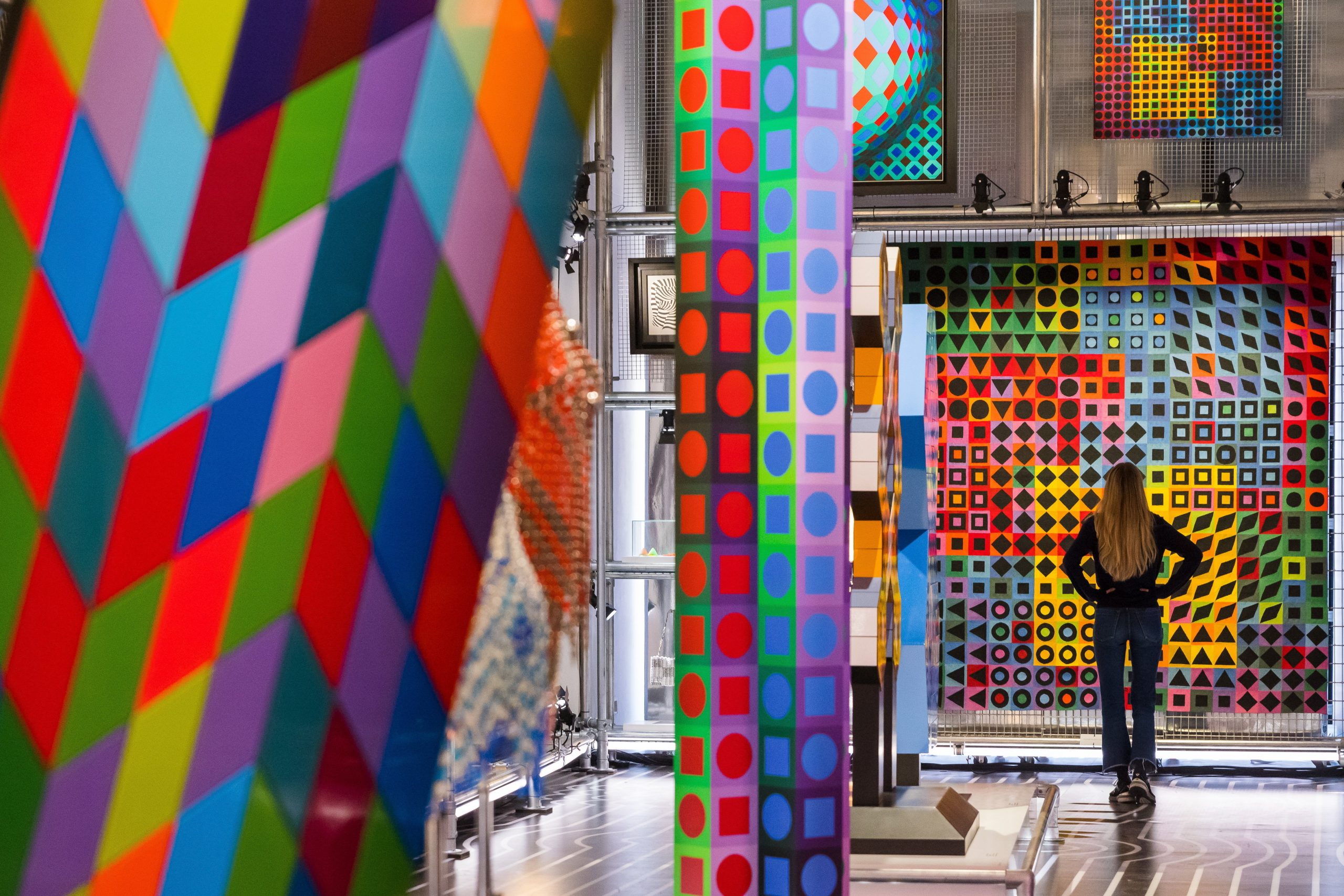 “In 2006, on the centenary of Vasarely’s birth, I made my first official visit to Pécs and had a fantastic meeting with an elderly gentleman who had worked at the Pécs Town Hall as a young man in 1976,” Pierre shared. “He told me tearfully how much it meant to them in the 1970s to have a world-famous Hungarian-French artist visit, bring contemporary art, and donate valuable works to the city. The Vasarely exhibition was the first time in a long time that tourists had come to Pécs. ‘He brought us the air of freedom,’ he said, wiping his tears.”

Pierre also talked about his book (Vasarely regényes évszázada) which he made together with French journalist, Philippe Dana.

“In the book, I wanted to tell the beautiful and exciting story of my grandparents, but I also wanted to tell the difficulties, so I had to write about the struggles in the family and the French state’s failure to do anything to preserve their intellectual heritage,” he explained, adding that “It is important to note, however, that since then a new book has been published in France, which no longer deals with the life journey, but only with the period from my grandmother’s death to the present day.”

Vasarely’s grandson said he could even see the book becoming a series “as a series of extraordinary figures from the world of politics and art appear in the story.”

For example, there is the scene when Vasarely met Andy Warhol in New York. I was with him, so I could see Warhol kneel down to greet my grandfather.”

“It was incredible to see the father of pop art show such respect for Vasarely, who was decades older than him,” Pierre added.

Even today, “many artists come to Paris because Vasarely worked there in the 1940s. More and more of them say that my grandfather was one of their main sources of inspiration, because he reached the frontiers of art and science very early on, experimenting with new materials and technologies. The Vasarely oeuvre is, therefore, a key link between Bauhaus and computer art,” said Pierre about Vasarely’s continuous influence to this day. 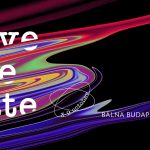