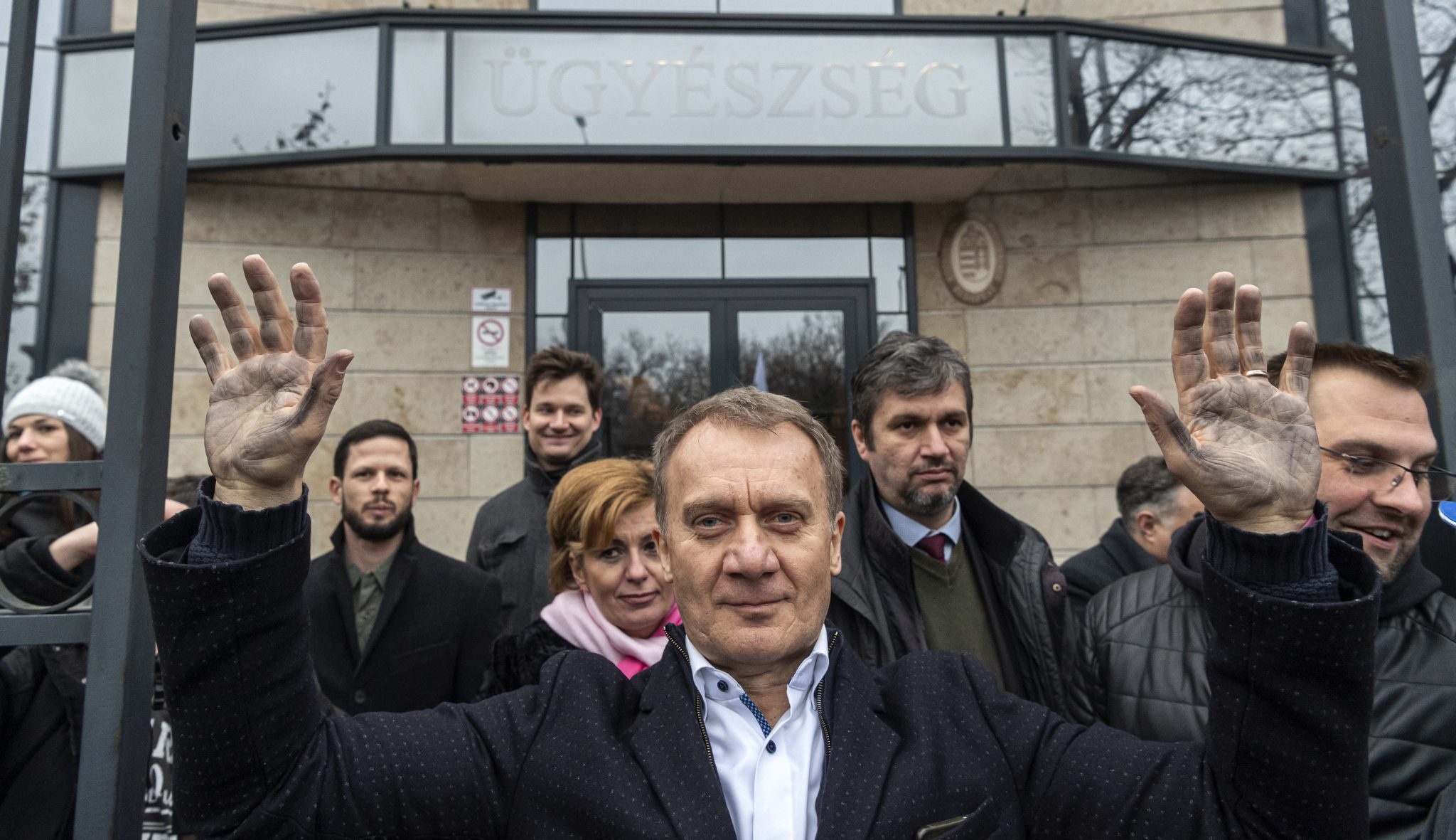 Several opposition parties have protested against the fingerprinting and DNA sampling of Democratic Coalition (DK) politician László Varju as part of a criminal investigation into a December 2018 opposition protest at the public media headquarters.

Declaring his innocence after the procedure by the investigative prosecutor’s office on Monday, the deputy leader of the leftist party told protesters gathered outside the office that the prosecution service was “a part of the Fidesz regime” and had “acted on instructions”.

“They have dirtied my otherwise clean hands,” he said, holding up his fingers smeared with ink.

On January 6, Varju was questioned as a suspect in the case. According to a statement issued by the prosecutor’s office at the time, Varju, as a member of the protesting group in 2018, demanded access to a studio and “charged at a line of security staff”. In the resulting tussle, he “squeezed the calf of one of the guards” and “exhibited violent opposition”. The statement added that he had caused a guard fall to the ground and the officer had suffered serious injuries.

Monday’s protest was attended by supporters of DK, the Socialist Party, Parbeszed, LMP and the Liberal Party.