Justice Minister Judit Varga on Monday slammed the European Commission for what she called a second attempt this year to renew the debate on the rule of law.

The minister said on Facebook that the EC was using an “illegitimate” method which had failed even in the European Council.

Varga said the commission had started a three-day “virtual country visit” to Hungary on Monday. On this occasion, the justice ministry made it clear to the Brussels body that its report issued last year was “biased”, “incomplete” and “professionally substandard”, she said.

The minister said the EC had promised that its 2021 report would be objective, measuring all countries with an equal standard, and would cover Hungary’s positive trends, too.

“We are following such events with no illusions but with eternal optimism, especially to see whether the Commission will be able to jump over its own shadow,” she said. 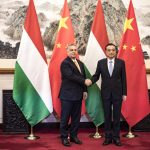 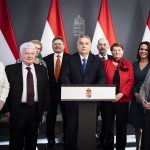