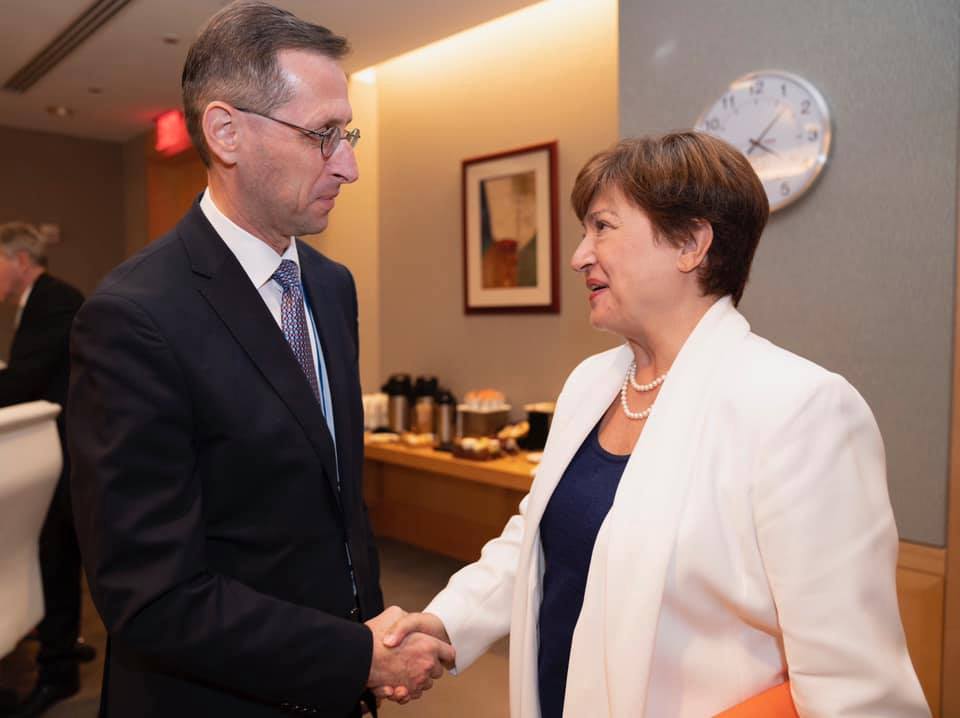 Finance Minister Mihály Varga urged the World Bank to concentrate on problems that lead to migration at the annual meetings of the World Bank and the International Monetary Fund (IMF) in Washington DC on Saturday.

“The World Bank, which has made it its mission to overcome global poverty, could play a decisive role in the development of countries affected by migration,” Varga said.

Varga also said it has become apparent that the global slowdown started a year and a half ago is likely to reach Central and Eastern Europe which warrants the preparation of responses by all countries, be it in terms of monetary or fiscal policy. Hungary’s government has already used tax preferences as economic stimulus and taken steps to ease the burden on businesses, but further measures are necessary as “the slowdown will probably be deeper than anybody thought earlier”, he said. The government is trying to ensure support for the most competitive, most efficient branches of the economy, while at the same time helping branches which are inefficient to restructure, he added.

Varga said that the IMF is rehashing old ideas such as public-private partnerships (PPPs) and privatisation, ideas which Hungary earlier tried out and found to do more harm than good.

“Hungary’s experience has confirmed that nobody is in possession of an exclusive solution that can be used in all countries, which is why Hungary must go its own way,” Varga said.

“Our economic growth is becoming more stable and expanding to more and more sectors, and we hope we can keep economic growth over the European Union average in the coming years, too,” he added.

Varga said that the IMF’s new managing director, the Bulgarian Kristalina Georgieva, knows well the situation of countries of Central and Eastern Europe, “with vision that is perhaps clearer than that of politicians from the West”. He added that a meeting with Georgieva convinced him that she is “very open to cooperation that diverges from earlier practices, for example that Hungary should bring more ideas to the IMF”.

Among the successful policy measures Hungary could share with the IMF is the country’s fostered workers programme, Varga said.