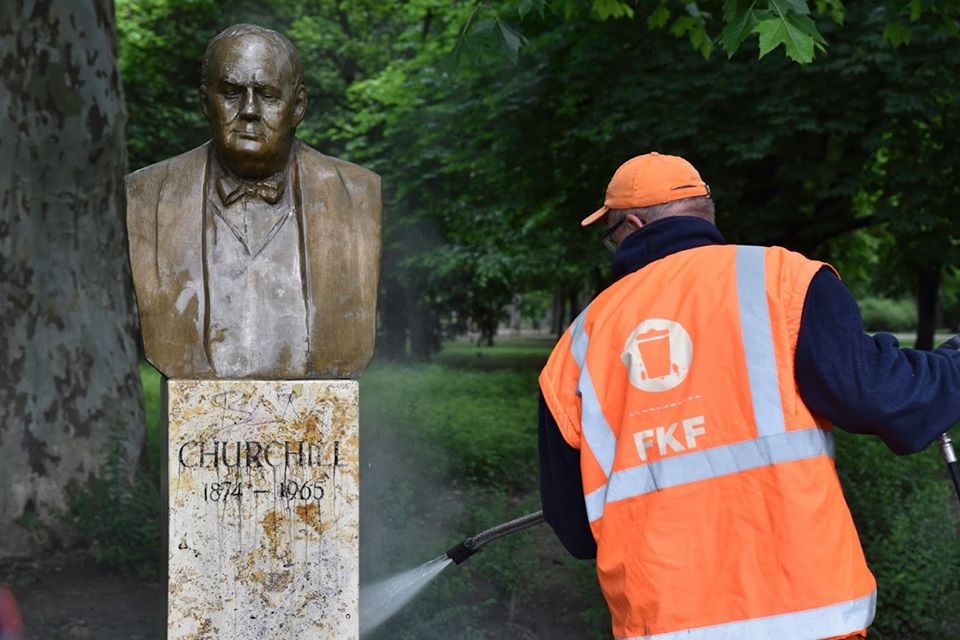 Hours after it was vandalized, Winston Churchill’s statue in Budapest has been cleaned, Mayor Gergely Karácsony announced.

It made headlines yesterday when Churchill’s bronze statue in Budapest’s City Park was a target of vandalism. Following worldwide demonstrations against police brutality and systemic racism, and the destruction of controversial statues dubbed: “Topple the racist,” his bust was spray-painted with the inscriptions ‘BLM (Black Lives Matter),’ ‘racist,’ and ‘nazi.’

It seems that history has kicked in the door in Budapest today – or more precisely, the falsification of history, or at least its total misunderstanding, and incitement to hatred based on it. And I hate that from the bottom of my heart,”

He wrote that while he follows the US events and the Black Lives Matter movement with “supportive empathy,” he considers destruction to be incompatible with pure thought and legitimate will. He claims he considers the act as barbarism both concretely and metaphorically “against the statesman who played a key role in the war against the Nazis.” He then cited Churchill himself, “If we open a quarrel between the past and the present, we shall find that we have lost the future.”

The British embassy in Hungary thanked Mayor Gergely Karácsony for cleaning and tidying up the Churchill statue.

Index additionally reported that police opened an investigation against an “unknown perpetrator” regarding the vandalism.