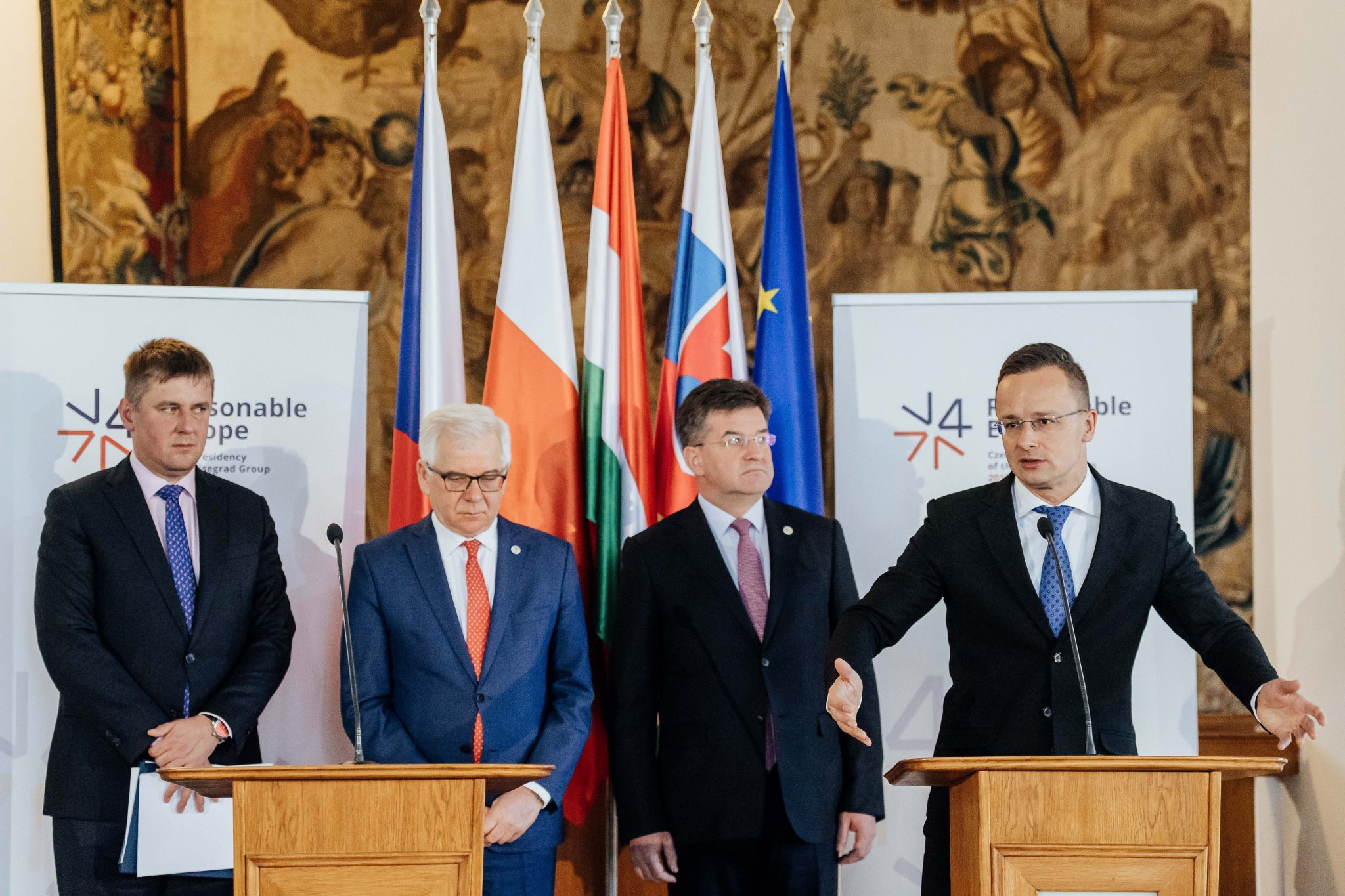 After meeting his V4 counterparts in Prague, he said: “One of the greatest failures of the previous European Commission headed by Jean-Claude Juncker was bringing the enlargement process to an almost complete standstill.”

“This is why we expect the new European Commission to open a new era in EU enlargement with special regard to integrating the Western Balkans,” he said.

“The V4 has agreed to support the Hungarian enlargement commissioner’s efforts to speed up integration,” Szijjártó said, adding that the EU’s policy “of blocking enlargement” over the past years “goes entirely against the bloc’s interests”.

The swiftest possible integration of the Western Balkans is in the European Union and Hungary’s political, security, economic and strategic interests as it helps the bloc to resist migration pressure effectively”

Szijjártó branded the outgoing Finnish EU presidency “a failure”, noting that it had not opened a single new negotiating chapter for enlargement during its six-month term ending on Dec. 31. This, he said, had never happened before. “Instead of focusing on their real job, the Finns spent their time lecturing central European countries,” he said.

Asked by MTI whether the meeting had addressed German Interior Minister Horst Seehofer’s new proposals on the acceptance of refugees, Szijjártó said the topic had not been raised individually. “But the V4’s position is clear,” he said. “We are not willing to admit any illegal migrants into central Europe. The success and security of central Europe are thanks to our pursuit of a firm anti-migration policy, and this will endure,” the foreign minister said.