V4-US Ties: From Pragmatism to Commitment 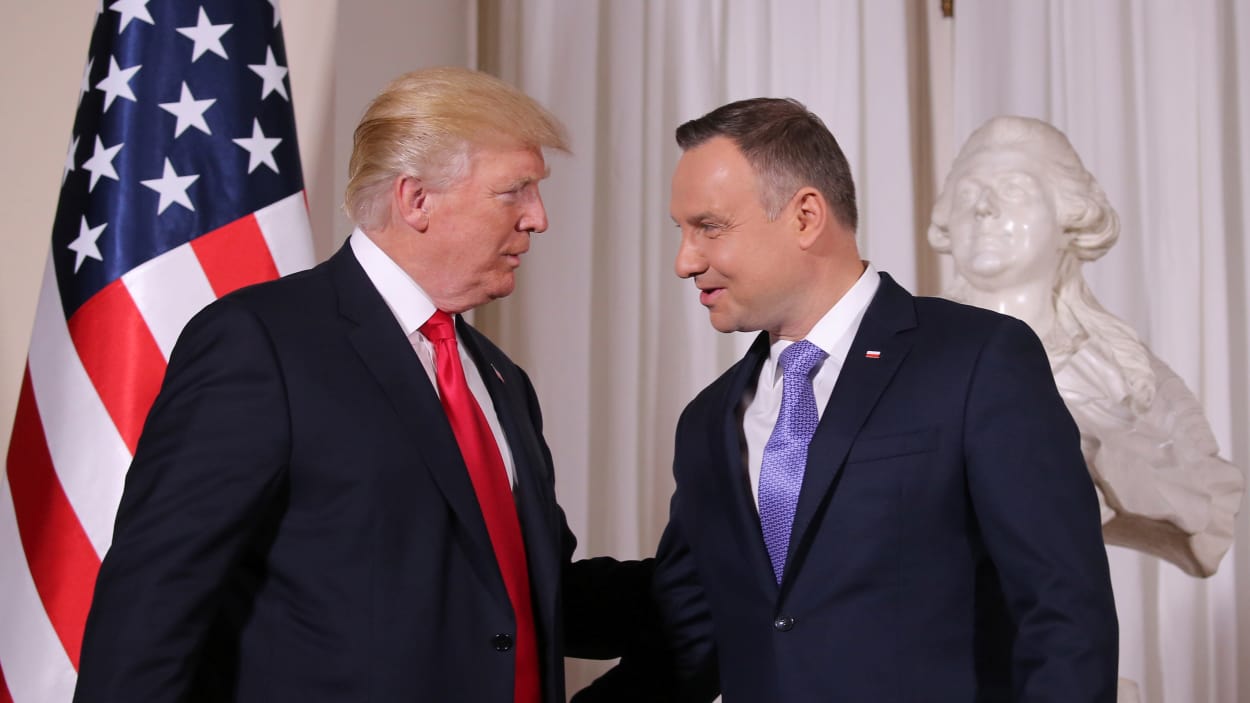 The United States’ unipolar world order has seemingly become weaker in recent years. A participant from the Visegrad group discussed Central European and US relations regarding threats and challenges. On Monday, the conference—named The Geopolitical Reorganization in Europe—organized by the Danube Institute explored what this development means for Central-Europe and which, if any, US strategies they should implement in such a rapidly changing world.

David Kostelancik believes the achievements of the last three decades, and the entire post-cold-war political system, face unprecedented challenges. “Forces opposed to those shared Western values are reasserting their strength,” according to Kostelancik. The career member of the Senior Foreign Service of the United States observes a rise in these tendencies across the word. Whether it is Beijing wielding its economic might for political influence through the Belton road initiative or Iran sponsoring terrorism in the Middle East, the signs are there.

However, Kostelancik focused primarily on Russian issues: the invasion of Ukraine, the annexation of Crimea and the interference in the elections of Western countries. He thinks such behaviors cannot be left unchallenged or Moscow will continue testing NATO’s boundaries. He insists that this is the appropriate time to increase the defense budget to 2 percent of the GDP. Kostelancik also stated that the United States will assist Hungary in diversifying its gas sources—including the Krk Island terminal and the Romania Black Sea project. The diplomat believes the North Steam and the Turkish Steam would merely extend and deepen Russia’s influence in Hungary. He also added that the cost of unchecked Russian aggression would be higher than maintaining sanctions and finding alternative energy sources.

A participant from the Visegrad group also discussed Central European and US relations regarding threats and challenges.

The Secretary of State for Foreign Affairs, Zsolt Németh, was the Hungarian Representative from the Visegrad group. He disagrees with the remarks concerning the energy diversification. The Secretary of State thinks Hungary and the whole region fundamentally depend on Russia for their energy needs—not just gas, but nuclear as well. He also mentioned that although North Steam risks the integrity of the Ukrainian State, extremist groups and anti-minority schema pose an even bigger threat to Ukraine’s territorial unit. Donald Trump’s presidency has made the region safer, thanks to a stronger stance against Russia including enforcing stricter sanctions.

Czech Republic’s Roman Joch, the Director of Civic Institute, insisted that the public in Central Europe approves of Donald Trump’s presidency and does not question the decision of the American people. Joch thinks that Central Europeans are living in a miracle because they can live a free and prosperous life.

However, threats are coming from every direction in the form of political correctness in Western Europe, brutal power which lacks respect for individual freedom from Russia, and radical Islam from the South.

Slovakia is not the most active member of the European Union in the sense of diplomacy. According to Slovak member of the roundtable, Juraj Marušiak, Slovakia can be viewed as a pragmatic player. He outlined that Russia played an important role in gaining Slovakian independence. The two nations have maintained strong emotional ties, but he thinks this does not have an effect on Slovakia’s policies towards Ukraine. The Slovak political scientist thinks that, despite the presence of a Slovakian minority in Ukraine, Slovakia doesn’t oppose the language act and education law.

Poland has the strongest relationship with the US, and it is not just because of skepticism towards Germany and fear of Russia. The country may allow the US to build a permanent military base in its territory along with an already developed missile shield site. But according to Marek Matraszek, next year’s election has the potential to drastically alter this relationship.