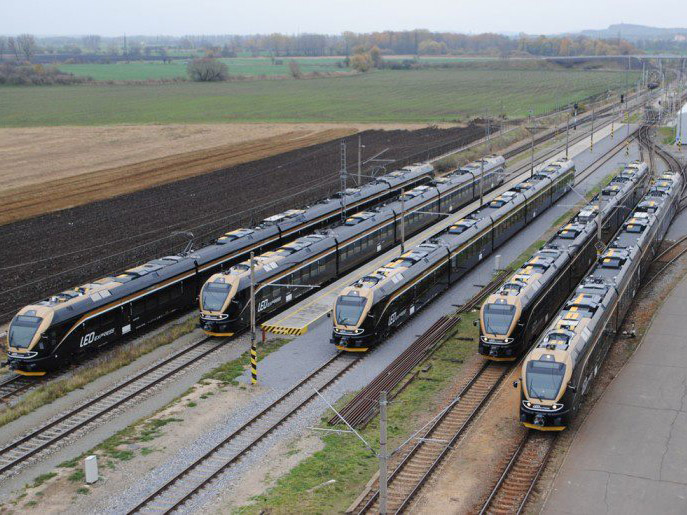 The countries of the Visegrad Group have decided to jointly build a high-speed railway connecting Budapest, Bratislava, Brno and Warsaw, but many experts say the initiative is motivated by political trends and won’t be economically sustainable.

The decision coincides with the political interests of all four members of the group, Péter Szijjártó told the Hungarian public media at Csorba-tó (Lake Strba) in the High Tatras. According to some analyses appearing in the Hungarian news, the project is believed to be motivated politically rather than economically.

It is part of Viktor Orbán’s vision for the infrastructural reconstruction of the region. In his yearly Tusványos speech, the PM declared that Hungary would like to invite its neighbors to create high-speed rails and roads to connect their countries, link their energy networks, and coordinate their defense policies and military developments.

In a press conference on Monday, the Foreign Minister said that “the CEE countries have become the economic engine of the Union; therefore, the region has to take steps to minimalize the current disadvantages in transportation and infrastructure. The overall GDP growth in the area is above 4 percent, while Europe’s average economy has increased by just 2 percent.” Péter Szijjártó also pointed out that if we count all four countries together, the CEE region is one of the biggest markets in Europe and the V4 countries would have a place among G20 nations.

Where does the money come from?

The public procurement tender for drawing up a feasibility study for the project will be called as early as this week, he said. The study alone will cost 1,5 HUF (5 million EUR). The final bill has the potential of reaching 1100 billion HUF, which seems like a huge sum in comparison to the overall railway development budget (just 1500 billion HUF until 2022). EU funds cannot be used for the construction due to the uncertainty regarding economic payback.

However, Orbán already mentioned that, along with the Budapest-Belgrade route, Chinese investors will be financing other projects. Newspapers claim that other stakeholders won’t seek Chinese loans, and say that the announced projects, like Budapest-Kolozsvár (Cluj-Napoca) and Budapest-Belgrade, haven’t started yet and that their outcome is precarious.

The European Investment Bank (EIB) has financed many railway projects, but only 14 percent were in central Europe according to Szijjrtó. He added that loan offers from other financial institutions are invited as well.

The Feasibility study needs to answers some important questions

Hungarian transport specialists have also expressed doubt about the project’s profitability. In a statement, Városi és Elővárosi Közlekedésért Egyesület (Urban and Suburban Transit Association) emphasized the importance of improving the transportation routes from the North to South, not just the connections between the East and West. However, they are not sure the planned route is the best option. The experts of the association think the two daily airlines satisfy travelers going from Budapest to Warsaw.

They pointed out that a few hundred people currently use the lines offered by LOT and Wizzair on a daily basis, which means that if there were a bigger demand, the aviation companies would have already started other lines. They estimate there will be no further increase in the market and argue that the new railway cannot compete with the low prices of the airlines.

The new infrastructure will allow trains to travel at speeds ranging from 250 to 350 km/h in the region. The journey from Warsaw to Budapest will take just over 3 hours (instead of the current 12). Journalists from G7 newspaper think the speed of the line will be difficult to implement. According to them, the functioning Hungarian tracking lines are able to serve 250 km trains, and as these lines have already been renovated, it would be a huge burden to reconstruct them again. They claim the only option is for the travel speed in the Hungarian portion of the journey to remain 250 km/h.

Other concerns have been raised about the overall condition of the Hungarian tracks. In many rural areas, the average speed of the Hungarian Railways is nowhere near the numbers in Europe. For instance, between Mátészalka and Debrecen, trains move at the glacial pace of 40-50 km/hour.