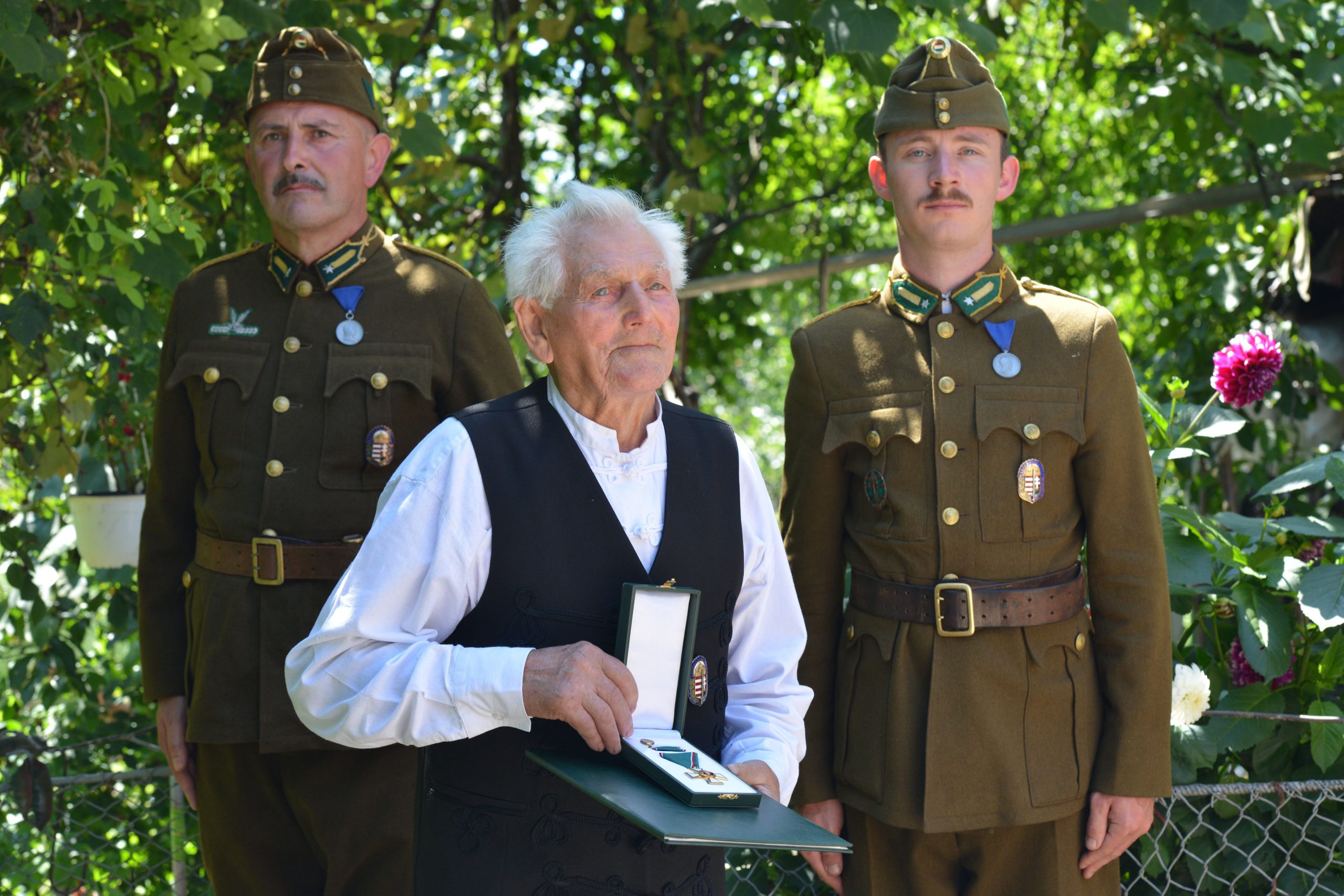 Bartha, aged 96, has received the award along with five other Szekler veterans, among them another Úzvölgye fighter Imre Boér. All the recipients were decorated in their homes due to the Covid-19 pandemic situation.

For Bartha, the award was delivered by the consul general László Tóth in his hometown, in Sepsiszentgyörgy (Sfântu Gheorghe) following President János Áder’s recommendation. The award’s significance is to “recognize his courage in the Battle of Úzvölgye in 1944 and his decades-long work for the memory of those soldiers fallen there.”

Bartha was enlisted in the army in October 1943, and was sent to Úzvölgye in August 1944 where he fought the vastly superior Soviet army. Since 1965, he has been visiting the site of the battle on a yearly basis, remembering those fallen in WW2 while defending their homeland.

The Úzvölgye cemetery made headlines last June when Romanian nationalists broke onto the site and started abusing the peacefully protesting ethnic Hungarians. The military cemetery is the largest WW1 memorial site in Romania’s Hargita County, containing the graves of some 600 soldiers from Austria-Hungary. However, the local council of the nearby town of Dormănești (Dormánfalva), in Bacau (Bákó) County, has moved presumably unlawfully to establish a memorial site in the cemetery for Romanian soldiers who fell in the Second World War.