US News Portals: America Can Learn From Hungary On Anti-Migrant "Wonder Fence" 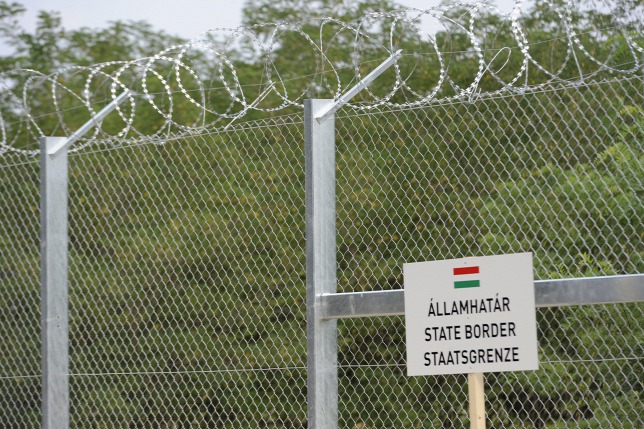 The United States can learn from Hungary because the anti-migrant border fence actually works and it has ben envied even by the neighbouring Austria, two conservative US online news outlets have argued. 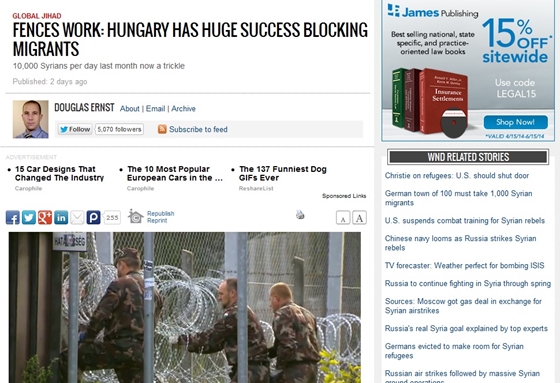 “Hungary has huge success blocking migrants”, an article published by WND, a conservative news portal claiming to be the world’s largest Christian website, reads. “Hungary declared a state of emergency in mid-September and began sealing off its southern border with Serbia. The result: Roughly 10,000 Syrian migrants pouring into the country per day last month has turned into dozens”, the piece points out. The article goes on to cite György Bakondi, PM Viktor Orbán’s chief adviser for homeland security, who said on Hungarian television last week that illegal immigration is now below “peace time” levels.

The portal has been known for publishing a number of controversial pieces and series of articles, including claims that US President Barack Obama is not qualified to serve as President because he was not born on US territory. In 2008, the site launched an online peitition calling for the disclosure of Mr. Obama’s birth certificate, which the White House eventually did in 2011. Following the disclosure, WND questioned the authenticity of the document. 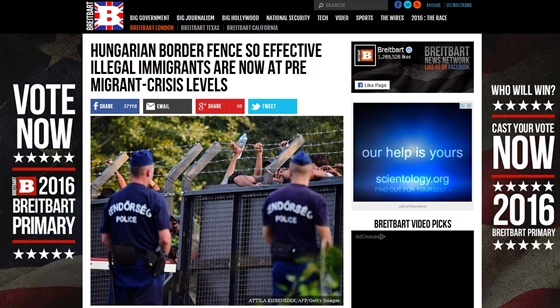 Breitbart, another right-wing, conservative US news portal, has branded the border barrier a “miracle fence”, an argument similarly supported by figures published by Mr. Bakondi. The piece says that the border fence “may have already triggered jealousy in some neighbouring nations” as a means of fending off immigration.  “Austria, which until very recently was criticising Hungary’s approach to the migrant crisis in the strongest possible terms, with chancellor Werner Faymann making comparisons to the Nazis. Now, just weeks after Hungary’s fence investment started paying dividends, they have announced plans to build their own against Slovenia”, the Breitbart article points out.