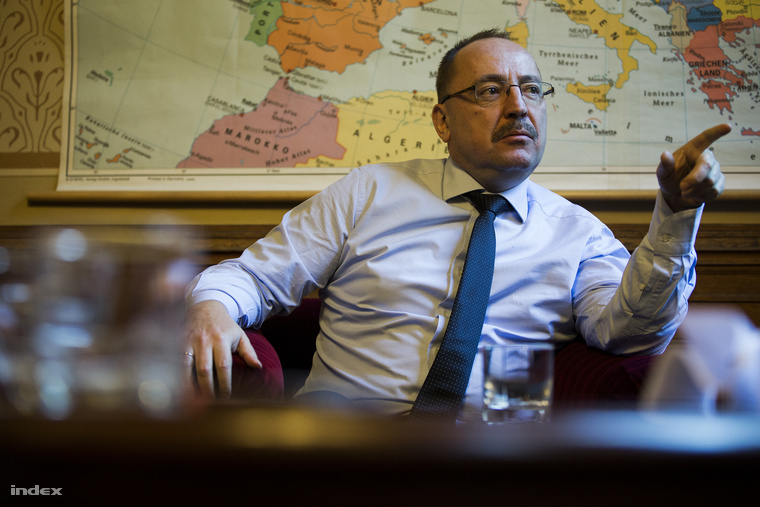 Hungary’s international reputation has worsened dramatically during the past half year and in terms of rhetoric, the conflict between the United States and Hungary is becoming dangerously reminiscent of that of Russian President Vladimir Putin, Fidesz politician Zsolt Németh, chairman of the National Assembly’s foreign affairs committee, has said in an interview given to the news website Index.

Mr. Németh pointed out that it gives cause for special concern that the situation has also worsened in regions that distinctly stood by Hungary in the previous four years, citing the country’s Central European allies as an example. Concerning the case of Ildikó Vida, the chairman of the National Tax and Customs Administration who is at the centre of the US visa ban affair, he said that it is unfortunately to associate someone with allegations of corruption without providing the possibility to defend oneself, adding that among allies, it can be expected from parties to do everything possible to root out unfounded accusations becoming public.

Commenting on US-Hungarian relations, he drew a comparison with a marriage experiencing a deep crisis. “This is the deepest crisis since the marriage took place, a situation in which the two sides occasionally completely loose their sobriety and thir self-control, such as the case involving Senator McCain. However, I do not believe that all responsibility can be laid on the Americans. It takes two to tango”, Mr. Németh said.

In Mr. Németh’s opinion, the aggravation of disputes between the governments of the United States and Hungary can be attributed fundamentally to questions of security policy, such as NATO, Russia and the South Stream, adding that this is no excuse for the country’s allies to disregard unwritten rules. The situation could be resolved if the West would present Russia with a reasonable political offer, the chairman of Parliament’s foreign affairs committee concluded.