US Celebrity Chef Shoots Episode Of CNN Series In Budapest 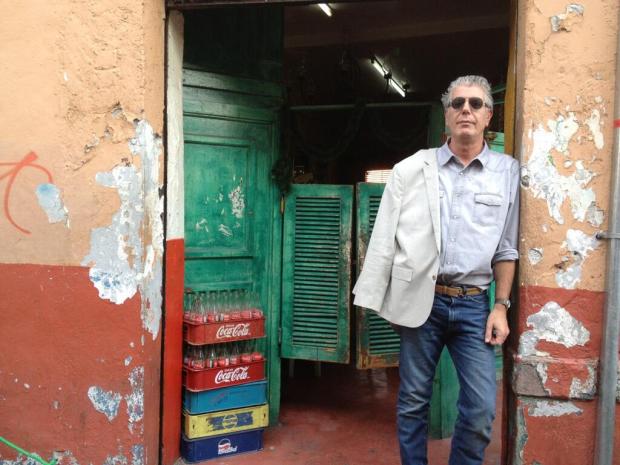 US celebrity chef, author and television personality Anthony Bourdain is in Budapest to shoot the latest episode of his series ‘Anthony Bourdain: Parts Unknown’, which will not only feature Hungarian foods but also the country in general.

The Budapest ruin pub Élesztő has published a host of pictures taken during the shooting on its Facebook page, which saw Bourdain engaging in lengthy conversations with Zsolt Várady, founder of the now-defunct Hungarian social network IWIW who has been a prominent figure of anti-government demonstrations and Ildikó Kovács, a journalist at the investigative news website Átlátszó.hu.

Born in New York of French heritage, Bourdain is one of the world’s best-known television chefs and counts as a genuine legend. He graduated from the famous Culinary Institute of America, finally becoming senior chef at New York’s renowned French restaurant Brasserie Les Halles in 1998.

He rocketed to fame with the 2000 bestseller ‘Kitchen Confidential – Adventures in the Culinary Underbelly’, described by many as the best book a chef has ever written. He describes the beauties and adversities of this world with brutal honesty, such as endless work sessions, the things kitchens prefer to keep quiet of or how he became addicted to alcohol and drugs. After the success of the book, he began shooting his highly popular television series, which are screened by Travel Channel and CNN.

Bourdain, who loves eating and is famous for never rejecting anything he is offered, has travelled around the world many times and his series are never restricted to food but instead portray much more of a country and the local mindset.

Click here to see a video of his cooking techniques!