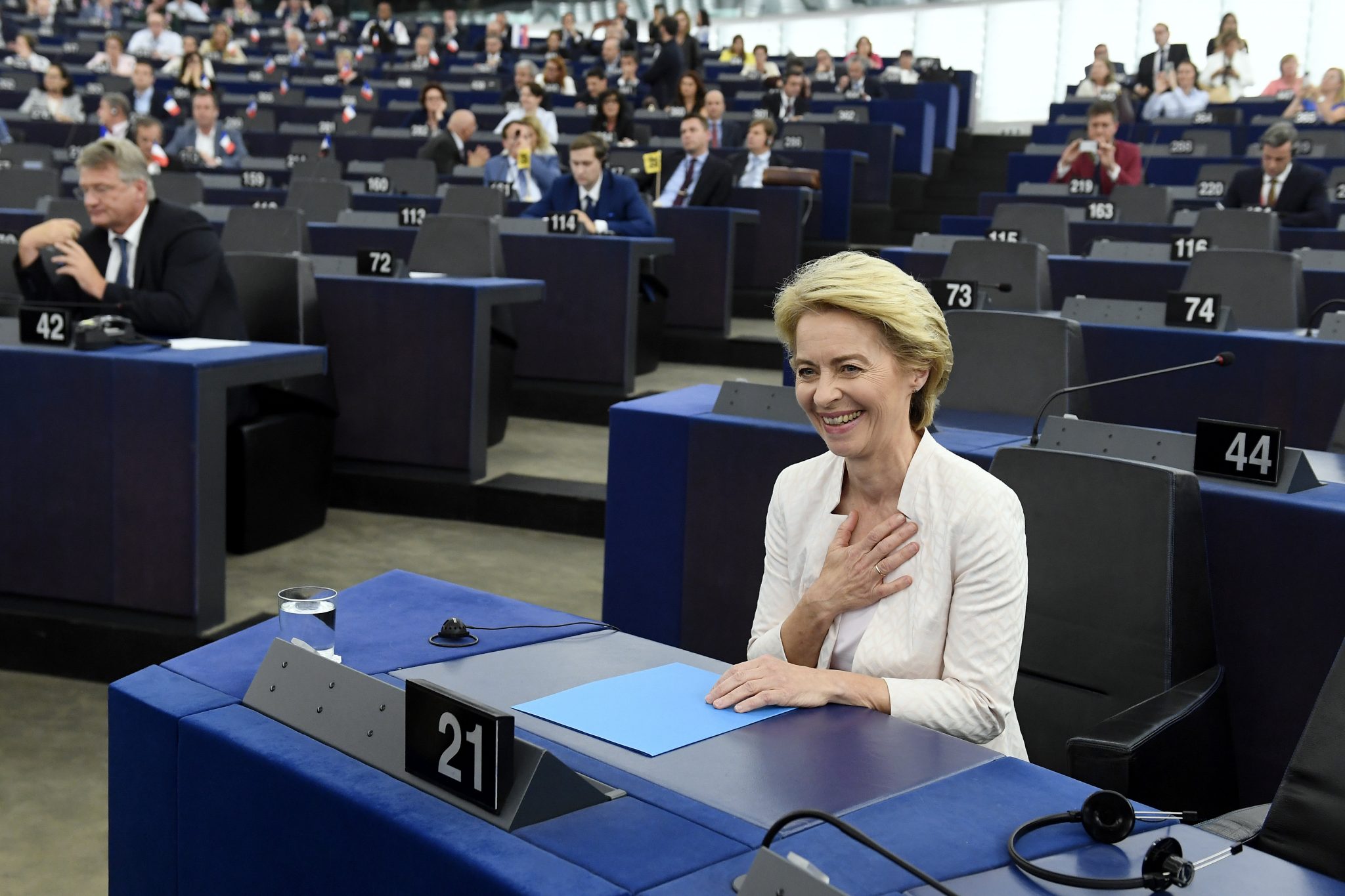 Ursula von der Leyen has been elected by the European Parliament as the new European Commission President by a narrow margin- with only nine more votes than necessary to win. While most Hungarian MEP’s supported the politician, Socialist MEP István Ujhelyi and radical right-wing Jobbik politician, Márton Gyöngyösi both voted against the German candidate.

During the three-day summit in early July, The Heads of State and Government of the EU Member States, agreed to nominate Ursula von der Leyen for European Commission president. Following her nomination, the government spoke of this as a success of the Visegrád four while the decision had come as a surprise to many as she was rather unknown in the European political scene.

Later, a number of MEP’s, especially among the German Social Democrats, declared that due to the destruction of the Spitzenkandidat system, and also for not being tough enough with Poland and Hungary, they would not support the former German defense minister.

After Von der Leyen’s 30-minute speech on Tuesday morning, in which she made several left-leaning pledges to convince the socialists to support her, however, the opposition seemingly melted away. In this statement, von der Leyen outlined her main political goals, talking about migration, rule of law, environmental protection, and Brexit.

Speaking about migration, the german politician emphasized that the European Union should do more to reduce illegal immigration while fighting the smugglers and traffickers. The EU should also create more “humane borders.”

In her speech, von der Leyen emphasized that she would ensure that the EU  would use a full and comprehensive toolbox at the European level to guarantee the rule of law. The European Commission should always be an independent guardian of the EU Treaties, she said. Von der Leyen also assured her full support of an EU-wide Rule of Law Mechanism.

Referring to Brexit the politician stated the importance of an orderly departure of the United Kingdom, standing ready for a further extension of the withdrawal date, should more time be required.  Another one of her top priorities is environmental protection. Von der Leyen said that she wanted Europe to be the first climate-neutral continent.

The former German  Defense Minister, Von der Leyen won 383 votes in a secret ballot, just slightly above the absolute majority of the 374 required to be elected. There were 327 votes in opposition, 22 abstentions, and one vote declared invalid.

“The task ahead humbles me,” she added. “My work starts now. Let us work together constructively.”

No support from Jobbik and MSZP

While most Hungarian Members of the European Parliament supported Ursula von der Leyen, including MEPs from Fidesz, Momentum and DK,  Márton Gyöngyösi from the radical right-wing Jobbik and Socialist (MSZP) István Ujhelyi both voted against her.

Márton Gyöngyösi said prior the election that the candidates being interviewed in the EP indicates that the EU “has not learnt from earlier mistakes” and “fails to take into consideration” the community’s opinion on the spitzenkandidat system.

Socialist MEP István Ujhelyi voiced support for Von der Leyen’s program on a community site but added that he disagreed with the way she had been nominated.

The newly elected President of the European Commission will now ask the heads of the Member States in a formal letter to make a proposal to the members of the Brussels political body. The hearings will take place between September 30th and October 8th in the EP’s designated committees. Then the European Parliament will have to elect each member of the Commission, which is expected to take place in the plenary session between October 21st-24th.