The labour shortage in the industrial sector could force multinational companies to postpone capacity expansions or take some of their production elsewhere, a union leader warned in the pro-govt daily Magyar Idők.

Zoltán László, the deputy head of union Vasas, told the paper that one multinational recently laid off more than 500 workers at bases in Gyöngyös, in northern Hungary, and Gödöllő, on the outskirts of Budapest, because it could not find enough labour. The union has learnt of other production units facing the same dilemma, he added. László estimated that 2,000-3,000 jobs have been lost as companies take capacity elsewhere, while shelved investments have prevented job creation. He urged immediate government intervention.

Ferenc Dávid, head of the employers’ and entrepreneurs’ association, said a big pull-out of companies from the country due to labour shortage was not expected, but some of the production could be moved elsewhere. The postponement of investments, on the other hand, was a real problem, he added. Reintegrating inactive Hungarians or fostered workers into the labour force as well as offering incentives to Hungarians working abroad to return home could ease the problem, David said. Changes must be made to continuing education programmes and other labour market policy programmes should be introduced, he added. Foreign guest workers could be a temporary solution, he said. 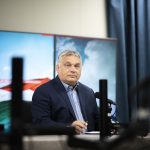