UNICEF, the United Nations International Children’s Emergency Fund, is to establish its international service centre in Budapest with 350 employees, 85 per cent of whom will be Hungarian, it was announced today.
István Mikola, State Secretary at the Ministry of Foreign Affairs and External Economic Relations responsible for security policy and international cooperation, said at a press conference that twenty cities applied to host the tender, opened half a year ago, of which Budapest finally beat Prague and Kuala Lumpur to host the service centre. The organisation is to be based in Wesselényi utca, near the city centre.
Mr. Mikola emphasised that Hungary is proud to welcome the service centre of this important organisation, because both UNICEF and the Hungarian government treat the protection of children and families as a priority.
In a statement issued after the press conference, UNICEF wrote that relatively low costs, the highly educated workforce and good infrastructure were the chief arguments in favour of Hungary, noting that two other UN organisation – the UN Refugee Agency (UNHCR) and the Food and Agriculture Organisation (FAO) already operate similar service centres in the Hungarian capital. The centre will carry out administrative tasks for UNICEF offices around the world.
via mandiner.hu
photo: hirlevelplusz.hu 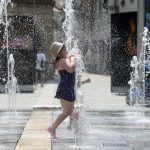 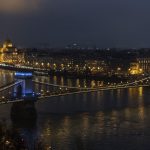