Earlier this month, Hungary Today’s sister-site, the German-language Ungarn Heute, conducted an exclusive interview with Colonel Dr. László Fazekas, Director of the Budapest-based NATO Centre of Excellence for Military Medicine, as well as with his deputy, Colonel Dr. Salvatore Schmidt, an officer in the German military. We have provided a summary of this interview for our readers, and you can find the original at Ungarn Heute’s website.

Ungarn Heute first spoke with Colonel Dr. László Fazekas, the Centre of Excellence for Military Medicine’s Director. Colonel Fazekas discussed how this NATO centre ended up in Hungary in the first place. 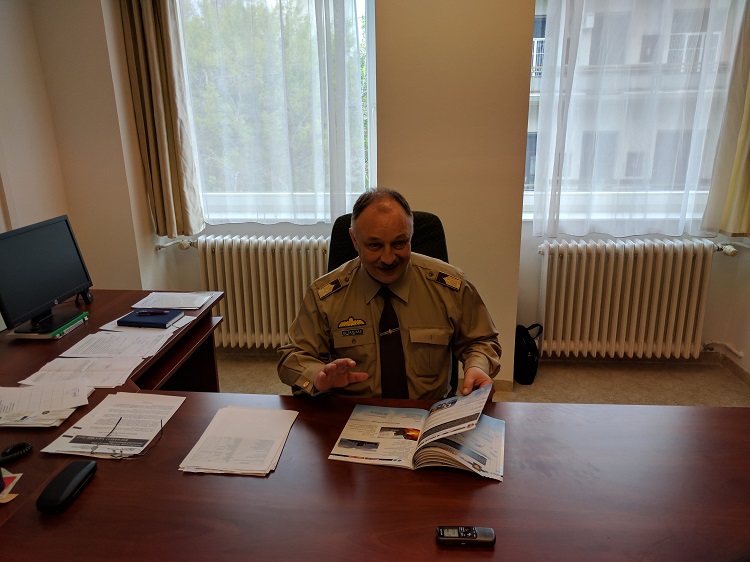 Dr. Fazekas discussed how, at the 2002 NATO meeting in Prague, the idea came about to set up a number of ‘Centres of Excellence’, which are, in reality, research and knowledge centers. These Centres were set up to support NATO’s Transformational Command; the first of these Centres was The Norwegian Cold Weather Centre for Excellence.

Fazekas went on to explain how

later, one of my predecessors served at NATO command…he brought up the idea that [NATO] could use such a centre in the field of medicine as well. Just like anything else in NATO, you generally need the support of countries in order to make anything a reality. And with the Centres of Excellence, one main criterion is that [a centre] needs to have the support of several countries, so that several nations join together to bring about such a centre.

The Colonel said that in 2008, the idea to host a military medicine centre in Hungary came about, partially due to Hungarian military medicine’s existing reputation within NATO, which had grown over the course of several NATO missions; he added that, with support from the German military, the Bundeswehr, the Centre of Excellence for Military Medicine was established in Budapest in 2009.

The Centre’s Director went on to explain to Ungarn Heute that the Hungarian military participates in 10 different NATO Centres of Excellence worldwide; these are the following:

Dr. Fazekas was quick to add, however that, since he is the Director of the Budapest Centre of Excellence for Military Medicine, he doesn’t represent the Hungarian Defence Forces in anyway, nor do his views necessarily reflect those of NATO as a whole. Rather, he represents himself, as well as the system of NATO Centres of Excellence.

Speaking of this system, Colonel Fazekas recently took over the chairmanship of the NATO Centres of Excellence (COEs) Directors’ conference following a meeting in Norfolk, Virginia. This means that Dr. Fazekas is now responsible, in his own words, for “representing” the directors of NATO’s 24 COEs at various events for the next year. In addition, in his position as chairman Dr. Fazekas attends meetings with various high-ranking NATO military officials, such as the Supreme Allied Commander of Transformation (SACT) General Denis Mercier of France, a five-star general.

Dr. Fazekas also discussed his experiences as both a soldier and a doctor. He explained that, in Hungary, military doctors all receive their medical training at civilian medical universities, as there isn’t a large enough number of military doctors for a separate institute. While today, many military doctors join the Hungarian Defence Forces following the completion of their medical training, Colonel Fazekas actually attended a military high school; as he himself said, “I have been in the Hungarian Defence Forces since I was 14.” Following the end of high school, he enrolled in a civilian medical school; and while he has, at various points in his career, practiced medicine in the military, today “I do not practice in my field, practically speaking I am a military leader.”

Colonel Fazekas spoke about the upcoming high-level conference of Centers of Excellence Directors, which will be held in Budapest this coming fall, from September 25th to the 28th. Dr. Fazekas will be one of the joint chairs of the conference, and many important NATO officials are set to be in attendance.

Ungarn Heute also spoke with Colonel Fazekas’ deputy at the Centre for Excellence in Military Medicine, Colonel Salvatore Schmidt of the Medical Service Headquarters of the Bundeswehr/German Armed Forces. Schmidt spoke about his own experiences as both a doctor and soldier, as well as about his own experiences living in Hungary and working with people of numerous different nationalities. 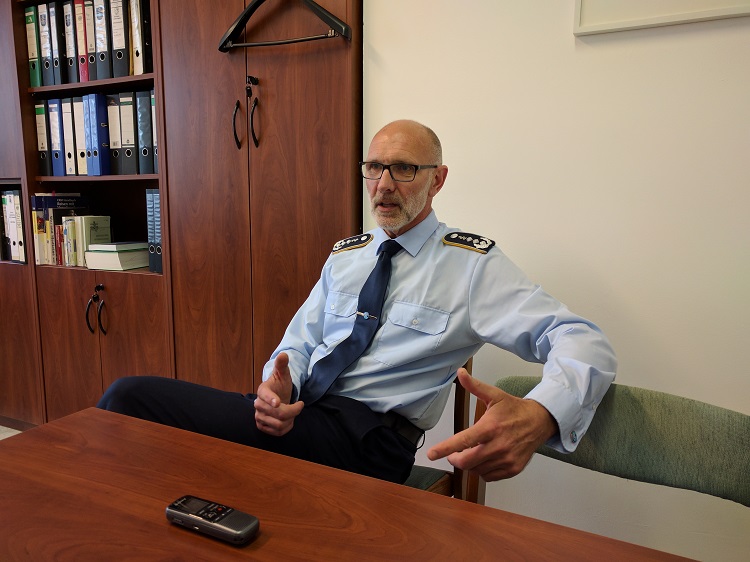 Dr. Schmidt also spoke at length about one of the more interesting activities that the COE for Military Medicine is involved in, namely NATO’s “Vigorous Warrior” medical exercise. During this exercise, in which 1000 soldiers from 29 countries will be in attendance, various scenarios will be acted out “from a script, as in a film.”

The exercise will be held in the German city of Lehnin, near Berlin. It will consist of normal, battlefield handling of patients, and military hospitals, as well as transportation of the wounded—which will include the use of airplanes and helicopters.

The Budapest-based COE for Military Medicine will play an important role in this event, which is held every two years. The Centre helps in the writing of the exercise’s “script,” to ensure that simulate chemical, biological, and other attacks, as well as various other scenarios, are enacted as realistically as possible.

During the exercise, participants will have to not only help the ‘wounded,’ they will also have to transport them to a hospital, ‘treat’ them, transport them from the hospital, and create a hypothetical rehabilitation plan.

You can read the full interview with Colonels Fazekas and Schmidt in German at Ungarn Heute. 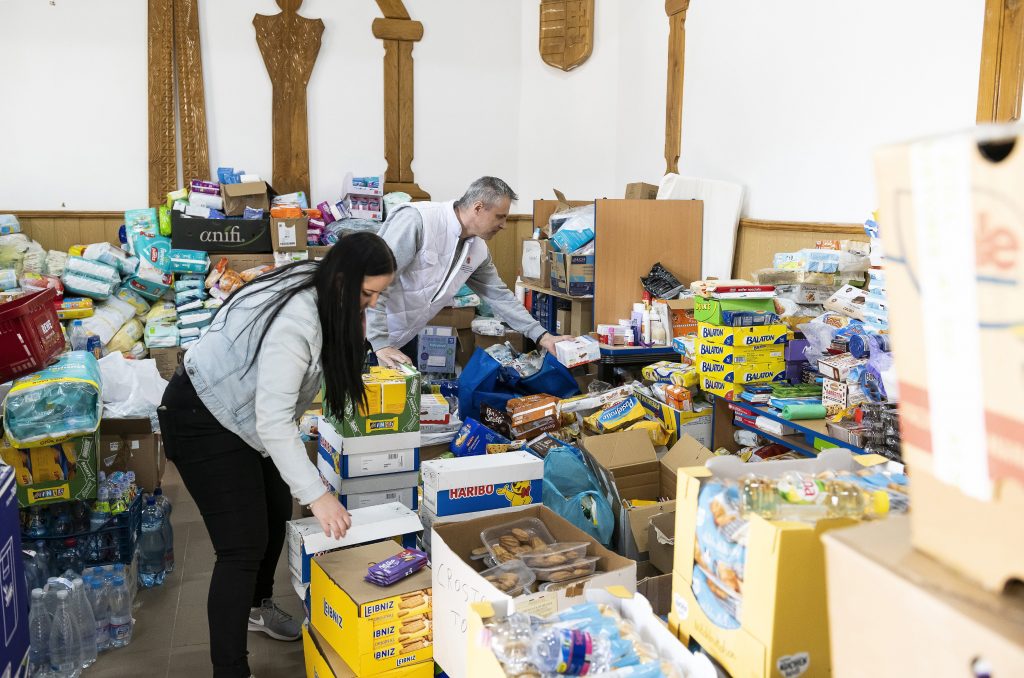 Fully 5,930 people crossed into Hungary directly from Ukraine on Friday, while another 5,019 from Ukraine crossed from Romania, the national police headquarters said. Police issued temporary residence permits valid for thirty days to 301 people, the police website said on Saturday. Holders of such permits must contact a local immigration office near their place […]
MTI-Hungary Today 2022.05.28.

Technology and Industry Minister László Palkovics opened the international Automobile and Tuning Show at Budapest’s Hungexpo grounds on Friday. In his opening address, Palkovics said Hungary’s automotive industry was at a turning point and will need to be prepared for “unprecedented challenges” in terms of new technologies. Palkovics noted that vehicle production accounted for nearly […]
MTI-Hungary Today 2022.05.28.