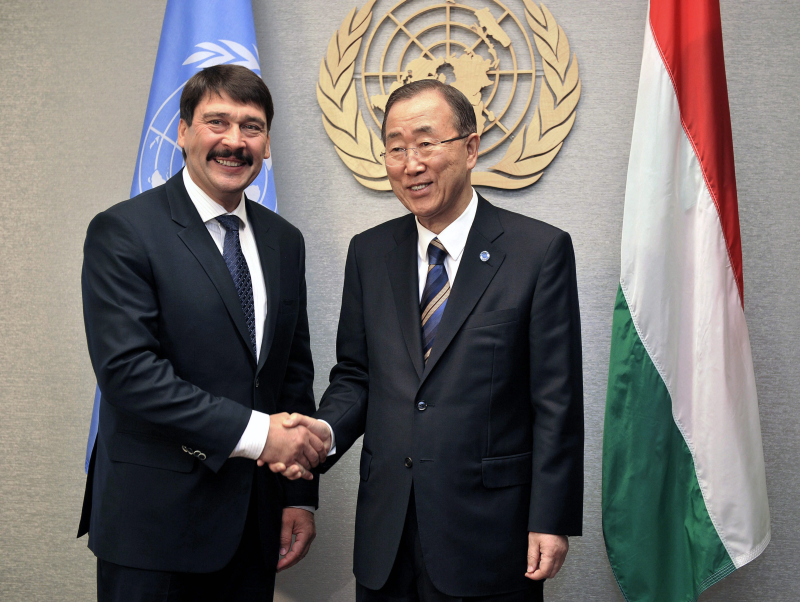 UN Secretary-General Ban Ki-moon has thanked the Hungarian president for his initiative on climate change and urged Hungarians to join in a video message posted on the designated website. “The year 2015 must be a time for global action to create a more sustainable future for all people,” Ban Ki-moon said.

The UN secretary-general said that Hungary will join with other countries “in forging a collective path forward” on climate change, “one that can keep both people and the planet safer and build a more prosperous and liveable future.” Governments will have an historic opportunity to finalize a meaningful, universal climate agreement in Paris in December, he added.

Ban Ki-moon thanked Hungarian President János Áder for his leadership with the UN’s Climate Action Now campaign and for spearheading a campaign to collect electronic signatures in support of a successful outcome in Paris. “Live Earth: Road to Paris” will unite people from across the globe, amplify their voices and let world leaders know that their citizens expect them to act this year to usher in a resilient, lowcarbon future,” he said.

“We have no time to waste, and much to gain by seizing this opportunity. I urge people in Hungary and every corner of the globe to take Climate Action Now,” the UN chief said. Áder launched his campaign in May inviting people to sign up for the www.elobolygonk.hu website to join former US president Al Gore’s campaign, whose goal is to win support by one billion people ahead of the Paris summit.