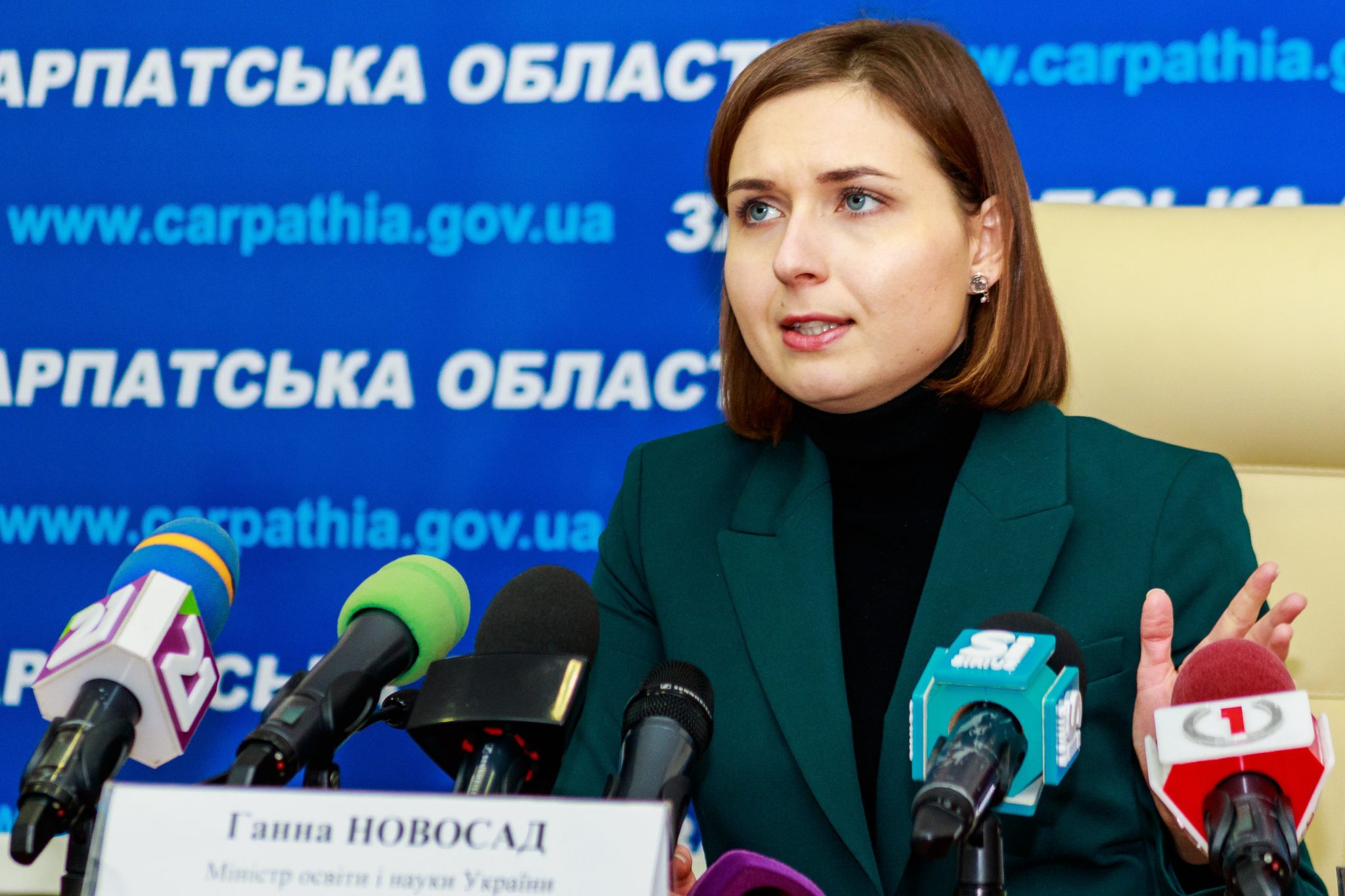 Hanna Novosad, Minister of Education, does not consider any of the proposals made by Hungarian Foreign Minister Péter Szijjártó on Friday practical, she said in her press release, MTI reports.

After a meeting in Kiev on Friday concerning Ukrainian language education to minorities, and the preservation of ethnic Hungarians’ mother tongue in Transcarpathia, Novosad said the Hungarian Foreign Minister had two proposals.

One of them was that Ukraine should acknowledge the Transcarpathian Hungarians as an indigenous ethnic minority – this way, students would be able to learn all subjects in their native language from the first grade until their high school graduation exam.

The Ukrainian minister, however, drew attention to the fact that, according to the related Ukrainian law, only nationalities who do not have their own country – for example, Crimean Tatars – are put into this category, as they must receive special support to maintain their language and culture. But the Hungarian minority, having their own homeland, cannot be placed in this category, she said.

Secondly, Szijjártó proposed that the number of Ukrainian language classes should be increased in minority schools rather than gradually shifting from Hungarian to Ukraine.

According to Novoszad, the main problem with this is that the number of other subject lessons is not reduced, significantly increasing the number of classes in Hungarian schools altogether.

“We have well-defined limits on how much burden a child can have. If we increase these, it could endanger the health of the child. We certainly will not cross these limits,” she said.

At the same time, Novasad welcomed the conclusion of the political debate between the two countries on the situation of Hungarian language education in Ukraine, and that they are already discussing a practical solution and methodology.

“The main purpose of the meeting was to close the political debate on the language issue of nationality schools and to focus on working with teachers and experts on methodology. This is very important to us, because the main goal is to have all Ukrainian children, regardless of their ethnic origin, learn the state language at a high level, ” the Minister of Education said.

Szijjártó said Ukraine’s education minister had promised to meet leaders of the Trans-Carpathian association of Hungarian teachers to agree on a way forward. He added that the minister had agreed to do so in the presence of several witnesses, including Ukraine’s foreign minister. “I hope she keeps her word so we can return to good relations,” he wrote, adding that this did not depend on Hungary alone.