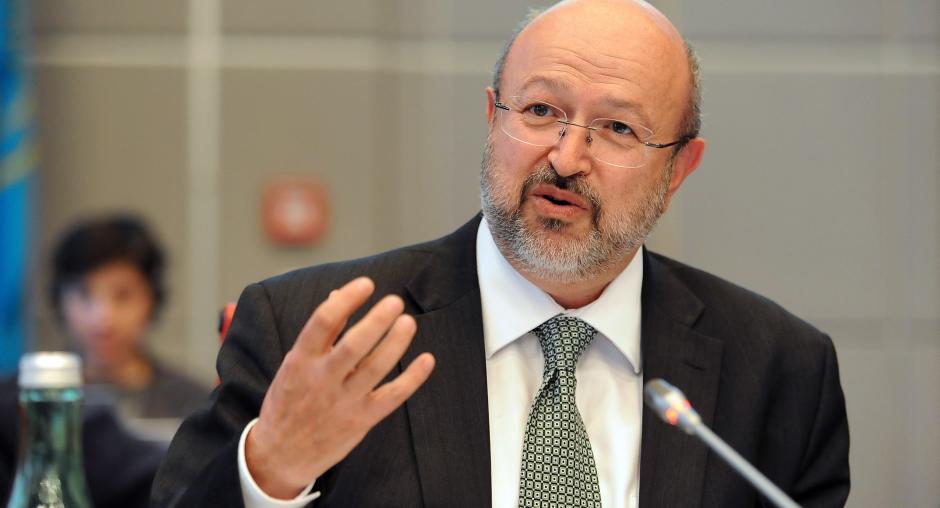 While Zannier emphasized that Kyiv has the right to speak of the Ukrainian language as a state language, he listed three things that are worrying about the new language law.

“Firstly, the law says nothing about the protection of national minorities’ languages. Secondly, all issues about the use of the state language are solved in quite a tough manner – not through a system of encouragement that the OSCE would like to see, but through punishment. Thirdly, the law was adopted without any consultation with representatives of national minorities,” the OSCE Commissioner noted.

Zannier also claimed that the OSCE is currently working with the Ukrainian Ministry of Culture on some changes that should appear in the document and be taken into account. He added that he plans to go to Ukraine soon where “everything has changed now –  the political atmosphere,  the administration, the president”.

The controversial language law was approved by the Parliament days before Volodymyr Zelensky came into power, and came into effect in July. It angered minorities all over Ukraine, as it makes the Ukrainian language compulsory for the public sector. As a result, minority languages can only be spoken at home or during religious events. Since the draft was first aired, it has led to multiple conflicts between Ukraine and Hungary. After his victory, Zelensky said that he plans to carefully analyze the law “to ensure that it respects the constitutional rights and interests of all the citizens of Ukraine.”