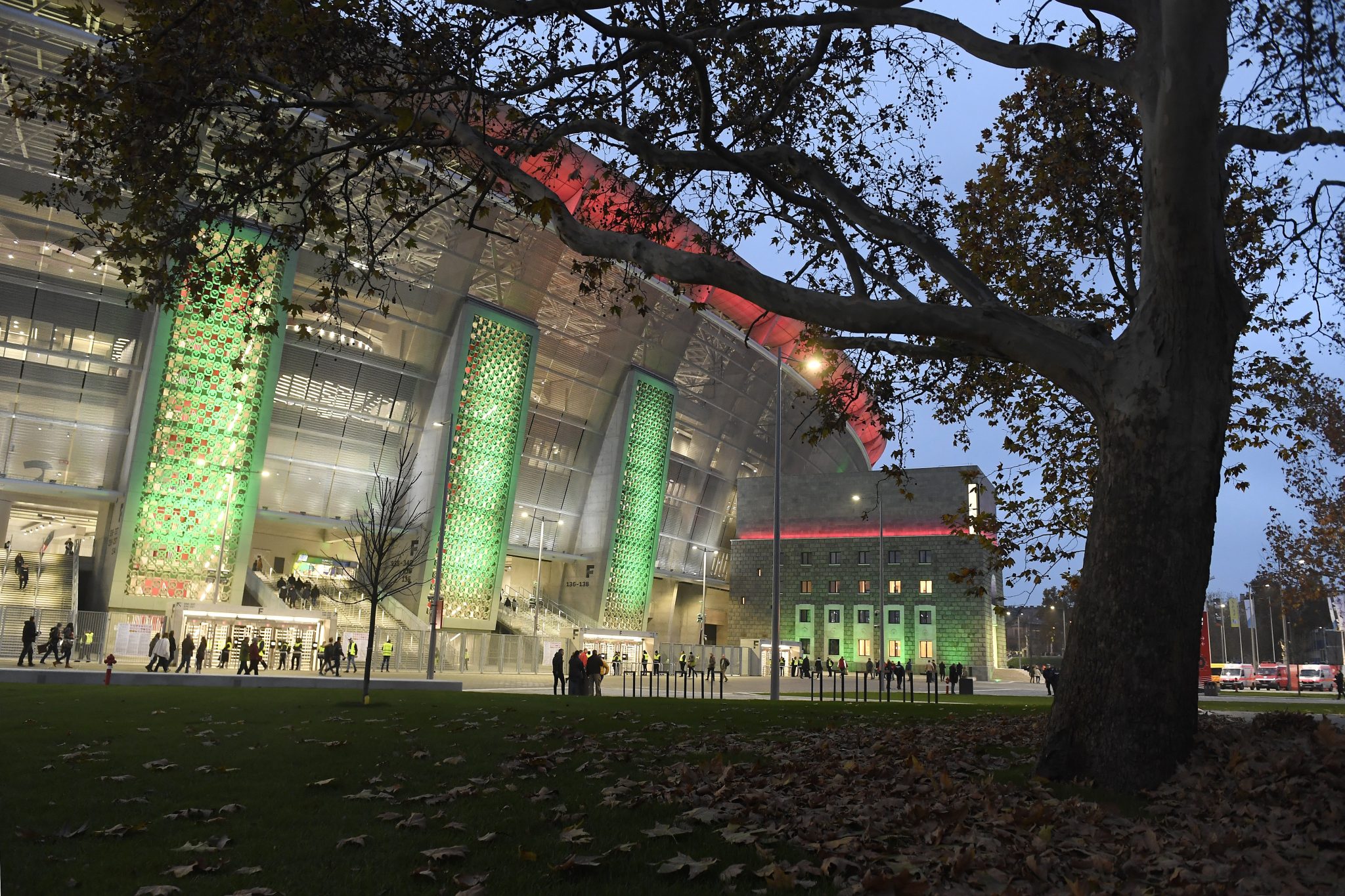 Budapest’s Puskás Aréna will host the UEFA Super Cup final on September 24, 2020. While the government announced last week that the country is closing its borders to all foreigners, as of now, it seems that the match will still be held in front of spectators: in addition to the Hungarian audience, 3000 football fans each from FC Sevilla and Bayern München will also be able to spectate the match in person.

Last week, at the government’s weekly press conference, Gergely Gulyás, head of the Prime Minister’s Office, announced that the Hungarian government has decided to close Hungary’s borders to foreigners starting on September 1st, and to re-introduce increased border protection. Gulyás added that the government has not yet made a final decision concerning the upcoming European Super Cup Final, planned to be held in Budapest on the 24th of September, adding that it cannot be foreseen what the epidemic situation will be in four weeks time.

However, at the moment it still seems that the match will be held in front of spectators. With Bayern München winning the 2019-2020 Champions League season and Sevilla triumphing in the Europa League, these two teams will play for the European Super Cup.

Related article
It's Official! UEFA Super Cup Final Will be Held with Spectators in Budapest

Budapest’s Puskás Aréna will host the UEFA Super Cup final on September 24, 2020. Now it is also official that the match will be held in front of spectators. With Bayern München winning the 2019-2020 Champions League season and Sevilla triumphing in the Europa League, these two teams will play for the European Super Cup.  […]Continue reading

For the time being, Gulyás only speculated on potential exceptional rules for the foreign spectators, as the Operative Board is still finalizing the measures. The Head of the PMO said that “we can imagine that if we can really hold the European Super Cup final under the current rules – and Bayern München and Sevilla are both given three-three thousand tickets by UEFA, for a total of 6 thousand foreign fans – they could arrive at the airport with 2 negative tests, from where we take them straight to the stadium and then back to the airport.”

According to the European Football Association’s decision (UEFA), a reduced number of spectators – up to 30% of the capacity of the stadium – will be allowed to attend. The Puskás Arena can accommodate up to 67,000 people, which means around 20,000 spectators will be able to watch the match on the spot. Regarding how they can prevent the virus spreading among 20,000 attendees, Gulyás said that according to UEFA rules, only every third place will be filled in the stadium.

However, he added that there are still almost four weeks before the match takes place, “and we don’t know what will happen, maybe there won’t even be an audience.”

János Szlávik, the chief epidemiologist at the South Pest Central Hospital was interviewed by Hungarian television channel ATV last week. According to Szlávik, the steep increase in the number of cases in recent days is the direct consequence of “loosening epidemiological discipline”. Apparently, fewer and fewer people are wearing masks, while many family events, parties, sports events and weddings are being held.

He said that “we must not get the epidemic to spread with excessive negligence. Everyone should think the current situation a bit over: where we are now, how many patients there are, why do we have so many patients, and how to behave in social spaces. Let’s try to postpone events where there is a chance that asymptomatic infected people will infect others.”

Asked by the presenter whether the UEFA Super Cup final is such an event or not, Szlávik said that he considers it a “risky attempt” from the organizers to allow fans into this sporting event. While this may be an important test of how well epidemiological safety regulations work at a mass event like a football game, the big question is how well fans adhere to those rules at all,” he said.

DK: Super Cup is more important for Gov’t than own citizens

Meanwhile, the opposition Democratic Coalition (DK) said at a press conference that although the government has introduced strict measures at the borders, this does not apply to the UEFA Super Cup final. “The thousands of football fans are, of course, exempt from these [entry requirements – ed.] as well: they are also admitted to the country with tests they have taken abroad. In other words, while a football spectator from Seville, which produces thousands of infections a day, can enter Hungary smoothly, for those Hungarians who have fled abroad from the government, this opportunity will not be given at all, they will be quarantined for two weeks by the Orbán government.”

Balázs Barkóczi, spokesman for DK added that according to the Democratic Coalition, it is astonishing that the Prime Minister’s hobby and the UEFA Super Cup Final are more important to the Orbán government than its own citizens.

He added that “we, European Hungarians find it unacceptable that Hungarian citizens who come home from abroad are required to take an otherwise extremely expensive PCR test, while those who come to a football match can bring a test result from home. It’s just the cherry on top  that they want to let thousands of foreign football fans into the country and sit them in a stadium, despite the government itself saying that all countries except Hungary are dangerous due to the level of coronavirus infection.”