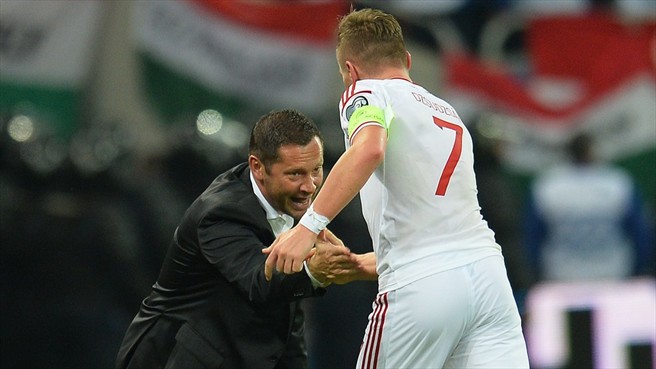 The Union of European Football Associations (UEFA) has levied fines for the rowdy behaviour of fans at a European Championships qualifying match played between Hungary and Romania in Bucharest, the UEFA website said.

The UEFA fined the Hungarian soccer federation 30,000 euros and the Romanian federation 32,000 euros for the behaviour of their fans and it also ordered that viewing sectors must be shut down at upcoming matches in Budapest and in the Romanian capital. Around 2,000 Hungarians attended the match on October 11 where fans pelted firecrackers and seats against each other. Law enforcement authorities had to empty a sector upheld for Romanian fans.

Hungary grabbed a valuable point in Bucharest, which kept the Hungarian hopes alive for the rest of the EURO 2016 campaign. Balázs Dzsudzsák’s superbly flighted free-kick for Hungary took the gloss off a positive Romania performance as Raul Rusescu’s first international goal failed to earn his side three UEFA EURO 2016 Group F points. Romania beat their neighbours 3-0 in a FIFA World Cup qualifier last year and looked to be on their way to another victory when FC Steaua Bucureşti forward Rusescu finished coolly just before the interval. However, Dzsudzsák bent a tremendous effort inside Ciprian Tătăruşanu’s right-hand post on 82 minutes to square things up.