U21 Team Defeated by an Impressive Spain Side 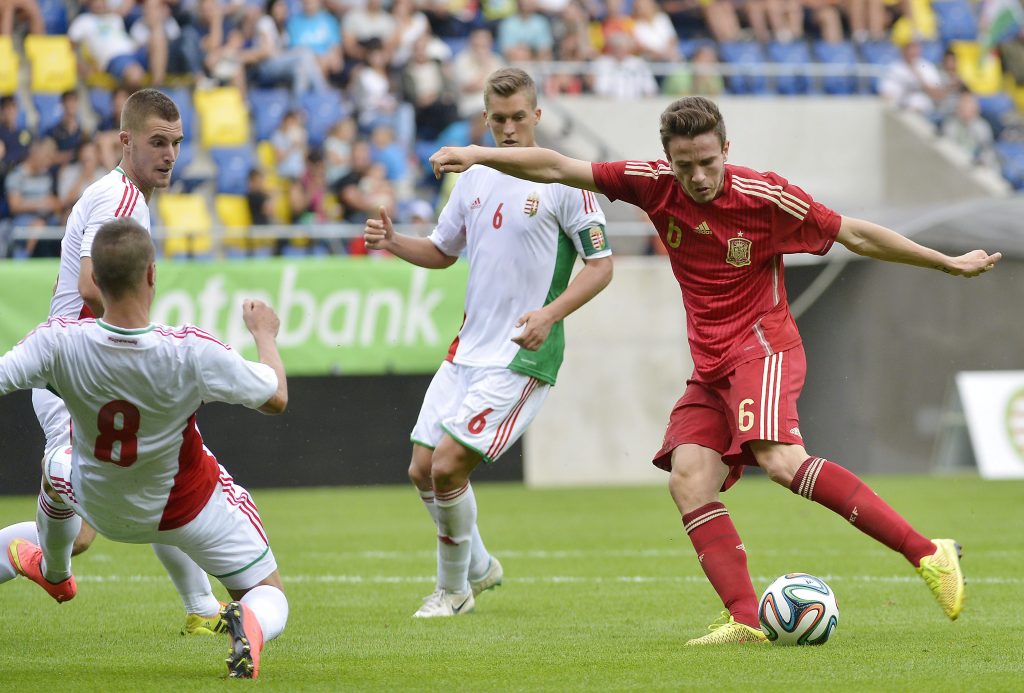 Hungary’s U21 footballing side suffered a 0-1 defeat to an impressive Spanish team on Thursday at a Euro Championship qualifier in Felcsút, Hungary. With this latest result Hungary has no chance of qualifying to the championship and has been eliminated.

After a missed Spanish penalty in the first hald, the scoreline stood at 0-0 at half-time Hungary still had some hope to score a point, but after a fantastic dribble Saúl Niguez scored the game’s only goal in minute 66. Spain is currently leading the group with a 100% performance and will qualify to the competition.

Hungary, after the recent departure of Antal Róth, was permanently managed by László Dajka. With seven matches into the qualification round, the got defeated five times. Although the team is currently in the third place after Spain and Austria of the five-team group, Albania and Bosnia both stand on equal points with games in hand.

Hungary’s last round of the qualification is set to be played against Bosnia in Sarajevo on Monday. Hungary played for its honor against Spain as it has already been clear that the team has no chance to qualify to the U21 Euro Championships, and thus the team will also miss the 2016 Rio Olympics too.