A Budapest court has handed prison sentences of 9 and 6 years, respectively, to two Hungarian nationals for attempting to murder a taxi driver in the Czech Republic in August last year, the municipal chief prosecutor said on Thursday.

The defendants, aged 20 and 24, went to the Czech Republic to seek employment but decided to return to Hungary after a few days, Tibor Ibolya said. They had no money for train tickets and decided to rob a taxi driver. They took a taxi late at night and went to an abandoned area where the younger man started to strangle the driver with a steel wire. The driver was able wriggle free and get out of the taxi. In the end, the two attackers stole three packs of cigarettes, Ibolya said.

The Czech authorities launched legal proceedings, and their Hungarian counterparts completed the procedure. According to the court, the driver suffered minor injuries but could have died had he not managed to put his fingers between his neck and the wire.

The ruling can be appealed. 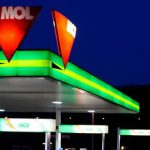