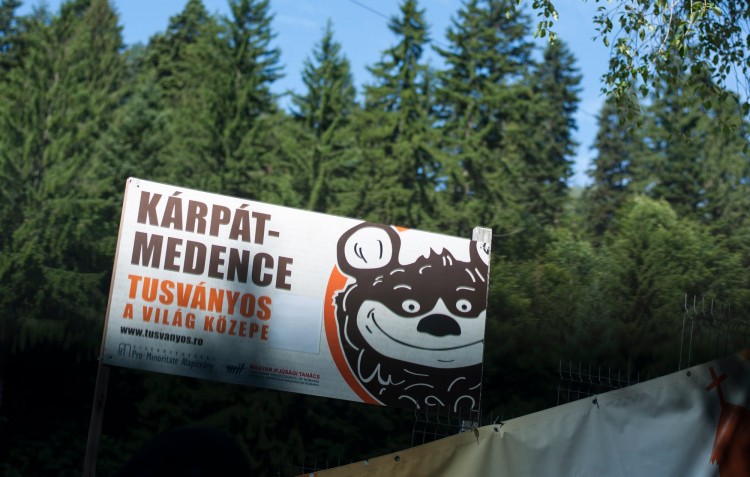 The 26th annual Bálványos Summer School and stundents’ camp, also known as “Tusványos”, opened in Tusnádfürdő (Băile Tușnad), in Székelyföld (Szeklerland), Transylvania (central Romania), on Wednesday. The ideas discussed at the summer university over the years laid the foundations for the most significant achievements in Hungary’s policy for Hungarian communities abroad, State Secretary Árpád János Potápi said in his opening address. Potápi cited the “status law”, the government’s support for the education of Hungarians beyond the border, the dual citizenship law and the constitution approved in 2011 as examples of measures that had “laid out the path for” Hungarian politics.

Just as in the 16-17th centuries, Hungarians once again find themselves at a crossroads where they have to “redefine themselves”, and must “seek points of reference” that can lay the foundations for the centuries to come, the state secretary said. Zsolt Németh, the head of Parliament’s foreign affairs committee and a founding member of the summer university, said that Hungary favours stability “in the battle between stability and instability”, and pointed out the Ukraine conflict, the global threat of terrorism and migration as examples of the latter. Németh said that in the current geopolitical situation, Hungary has to support the stability of Europe through its commitments to NATO, its push for establishing a defence and energy union and by contributing to implementing a common EU migration and refugee policy. He noted the rise of radical left-wing parties in southern Europe and the radical right in the northern part of the continent was a further source of instability, leaving central Europe to reinvent the model for the continent’s integration.

Tibor T Törő, head of the Hungarian People’s Party of Transylvania (EMNP), said this year’s edition of the Bálványos Summer University would see the continuation of the search for solutions to the challenges of Hungarian national policy. Hungary’s Prime Minister Viktor Orbán is scheduled to address the summer university on Saturday, the final day of the event. Last year in his speech delivered at Bálványos summer school, the Hungarian Premier expressed his views on “illiberal democracy”, triggering harsh international reactions ever since. In fact Viktor Orbán said the followings last year in Tusnádfürdő: “…the Hungarian nation is not simply a group of individuals but a community that must be organised, reinforced and in fact constructed. And so in this sense the new state that we are constructing in Hungary is an illiberal state, a non-liberal state. It does not reject the fundamental principles of liberalism such as freedom, and I could list a few more, but it does not make this ideology the central element of state organisation, but instead includes a different, special, national approach.”