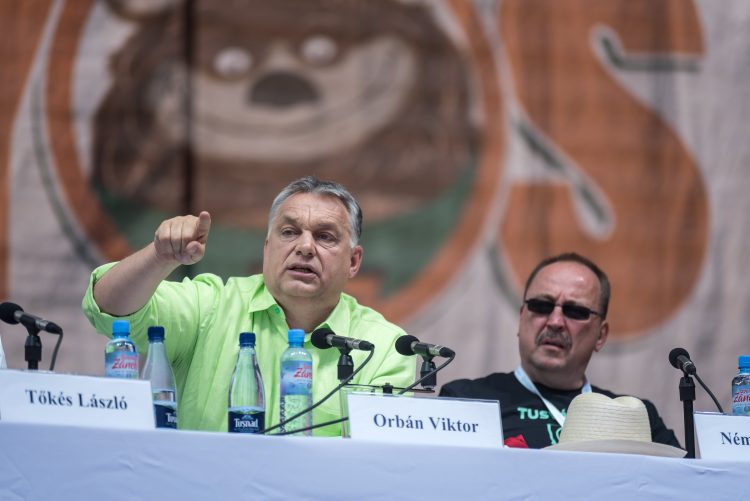 Zsolt Németh, the head of parliament’s foreign affairs committee, told a press conference on Monday that the event was a “blend of free universities and festivals”. This year, it would be held under the motto “There is only one camp” referring to national cohesion, he said.

Németh also noted that the summer university, held in 1989 for the first time, was as old as Hungary’s democracy, and added that similar traditions in central Europe “have since been mostly swept away by history”.

Similarly to earlier years, the event will be addressed by Prime Minister Viktor Orbán and other Hungarian leaders.

The event provides a forum for ethnic Hungarians to talk with each other as well as the many visitors from the Carpathian Basin, the Hungarian government and neighbouring countries, with guests from Slovakia, Croatia and Serbia as well as Hungary and Romania.

In the featured photo: PM Viktor Orbán and Zsolt Németh is Tusnádfürdő in 2017. Photo by Nándor Veres/MTI