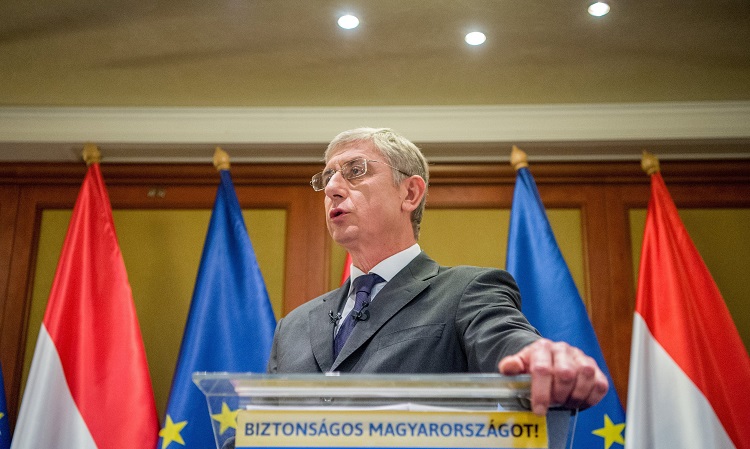 In the wake of the announcement of two MSZP (Socialists) Budapest District mayors, László Kiss and Sándor Szaniszló, leaving the party and switching to the Democratic Coalition (DK), MSZP politicians voiced criticism and speculation about the potential outcome and the future of the opposition cooperation.

Both Kiss (Óbuda- 3rd district) and Szaniszló (Pestszentlőrinc- 18th district) were elected through the opposition cooperation pact that had originally allocated these districts for the Socialist party. They said that DK’s policy in European affairs was more attractive to them.

While according to current tendencies, MSZP’s glory days are over and its popularity is shrinking, that of DK (which was established in 2011, after certain politicians led by former PM Ferenc Gyurcsány, decided to leave MSZP) is rising. In the municipal elections, however, the Socialists gained momentum and obtained 45 mayoral posts and nearly 400 mandates in local councils.

“Prostitute-like mentality” vs. “we should look inward too”

Somewhat expected, certain leading MSZP politicians reacted rather angrily. Party president Bertalan Tóth commented that the two politicians’ decisions are like a “prostitute-like mentality.” He also added that MSZP wishes to participate in opposition cooperation as an equal partner, without being “treated as a toe rag” arguing that “building a party’s human resources policy on looting the Socialists” will not help opposition cooperation. He also added that the reasoning of the two mayors for signing over to DK was “hypocritical and unacceptable.”

The two mayors “would be nowhere in politics without the Socialist Party,” Tóth insisted, and aired consequences against them and potential further quitters. He announced he would propose at the party’s board meeting on Saturday that those who leave the party to run as a candidate of another party at local or general elections should not be eligible for the Socialist party’s support. He will also propose a review of cooperation in Kiss and Szaniszló’s districts, he said.

Former party president and PM candidate Attila Mesterházy, commented that now they have to look after each other, as “the Socialist Party is under attack from multiple directions. If we fail to act with caution, MSZP will end up melted and destroyed.” He said they should also ask themselves and look inward, too, in search of the reasons which have led to the current situation. Mesterházy revealed that there was no sign, announcement, or consultation about it beforehand that could predict what would happen. He also said DK should not be blamed for the transfer.

MSZP party director Zsolt Molnár was also a bit more cautious. He argued that although the mayors’ step is “incorrect,” his party shouldn’t forget about (and endanger) the opposition cooperation. “This move, however, certainly doesn’t help that,” he added. Molnár also announced that he initiated a conference for the “pro-republican opposition parties” in order to “diminish (…) the loss of confidence in the opposition.”

Former foreign minister, EC commissioner and MSZP president László Kovács, now forecasts that further departures and transfers are possible. He revealed that DK attempted to bring him over as well, and argued that certain people would indeed like to reunite. This is not the first time he had aired this latter option, as in August 2019, he told pro-government Magyar Hírlap, that he would support the “reunion” of the parties.