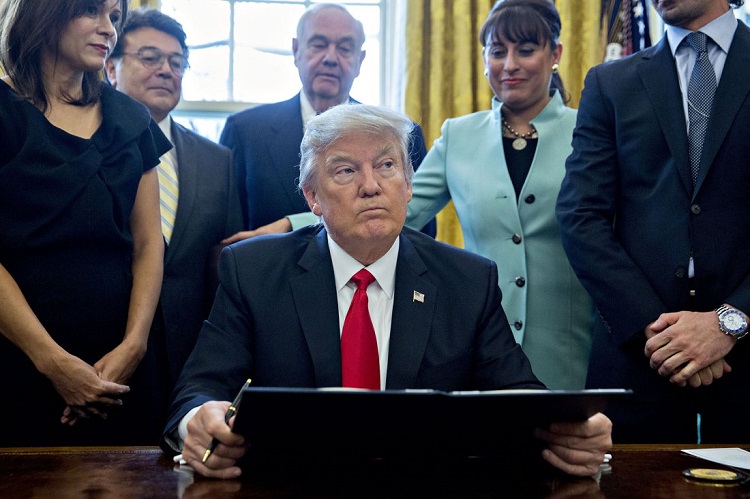 A cellist who is a member of the Budapest Festival Orchestra was almost prevented from joining the group on their upcoming US tour because of President Donald Trump’s recently announced Immigration Ban, Hungarian newspaper Magyar Nemzet reports.

Speaking to Magyar Nemzet, the orchestra’s director Iván Fischer explained that two days ago, the American consulate in Budapest unexpectedly revoked the entrance visa of the cello player, an Iranian citizen by birth who has lived in Hungary since 1985. After this Fischer entered into what he described as “long discussions” with one of the heads of the US State Department in Washington D.C., in which he attempted to explain to the American official that the cellist only has a Hungarian passport, meaning that Trump’s controversial immigration ban should not apply to him.

Yesterday, the Festival Orchestra received a reply from the US Budapest Consulate, stating that the US State Department had reversed its previous ruling, and that the ban did not, in fact, apply to dual citizens, meaning that all the orchestra’s musicians will be able to take part in the tour that has stops in several major US cities, including Boston, New York, and Chicago.

The executive order which was signed by Trump last week bans travel to the US on the part of citizens of 7, majority Muslim countries: Iraq, Syria, Iran, Sudan, Libya, Somalia, and Yemen.

The move, which left people stranded in airports, has led to protests, legal challenges, and international controversy. Already, according to CNN, a federal judge ordered an emergency stay on part of the order, ruling that those “who have already arrived in the United States and those who are in transit, and who hold valid visas,” cannot be deported.

The ban has also triggered condemnation from the UN, whose high commissioner estimates that 20,000 refugees will be affected by the order. Trump’s move has been described as a “mean-spirited” violation of human rights law by the UN’s High Commissioner for Human Rights.

In addition, the Trump Administration’s so-called ‘Muslim ban’ (a term Trump rejects) has already triggered law suits on the part of the American Civil Liberties Union (ACLU) and the State of Washington against the US President. Per the state’s Attorney General Bob Ferguson, a legal victory would “have the effect of invalidating the president’s unlawful action nationwide.”

While the Trump Administration’s Immigration ban did not the Budapest Festival Orchestra, it has impacted other Hungarian citizens. According to travel agency Morton’s Travel, those who have traveled to any of the countries named in the ban in the past five years cannot travel to the US visa-free under the ESTA (Electronic System for Travel Authorization) system, but rather must apply for a visa. That is a process that can take up to two weeks, meaning that there have been Hungarian travelers who were denied entry to the US, even though that had bought tickets before the ban was enacted, and who now do not have money to fly home, leaving them essentially stranded.

Via Magyar Nemzet, CNN, the New York Times, the Independent, and CBS News