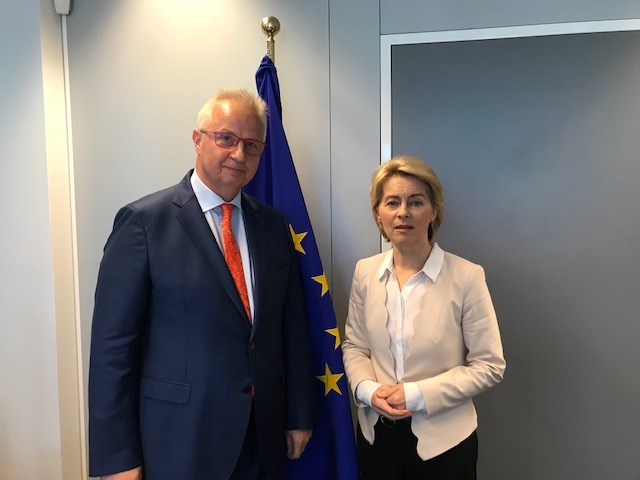 According to unofficial information from 444.hu, László Trócsányi might get either the Humanitarian Aid & Crisis Management or the International Cooperation & Development portfolio in the new European Commission.

According to the liberal news site, like five years ago, Viktor Orbán originally lobbied for the Enlargement and the European Neighborhood Policy portfolio for Trócsányi, as Hungarian government officials have long been voicing the importance of the EU’s enlargement towards the Balkans.

444.hu notes, that while both realistic portfolios are less significant, Intl Cooperation & Development’s outgoing president, Croatian Neven Mimica, was mostly in charge with consulting with African, Caribbean, and Asian governments on fighting against poverty and the distribution of EU’s aid. And this could easily fit into Fidesz’s communication in connection with migration which insists that instead of receiving immigrants, “help should be given at the point that it is needed.”

444.hu also speculates that von der Leyen might want a less significant portfolio for Trócsányi in order to push the new body through the European Parliament more easily, as some still suggest that the new EC might be targeted in the EP because of Trócsányi’s nomination, which some feel is connected to Orbán and his debated “anti-rule of law” measures.

Fidesz's former communications director, Balázs Hidvéghi wouldn't be nominated as the vice-chair of the EP’s civil liberties committee (LIBE). Fidesz blames 'the intrigues of the Gyurcsány and Soros network.'

In addition, according to Politico’s information, Czech Věra Jourová has been offered the Commission’s rule-of-law portfolio. Although von der Leyen has pledged to support a proposal to link EU funding to rule of law criteria, many think that the appointment of Jourová, who is in the same political party as Orbán’s ally Czech Prime Minister Andrej Babiš, is part of von der Leyen’s outreach to the V4 countries. At the same time, Azonnali, a portal tied to green opposition LMP politician Péter Ungár, notes that Jourová is rather independent of Babiš and has already criticized Poland and Hungary in connection with the rule of law.

Commissioners are nominated by governments, but eventually EC President-elect Ursula von der Leyen will decide on the portfolios. Then the European Parliament is to vote on the whole Commission at once.